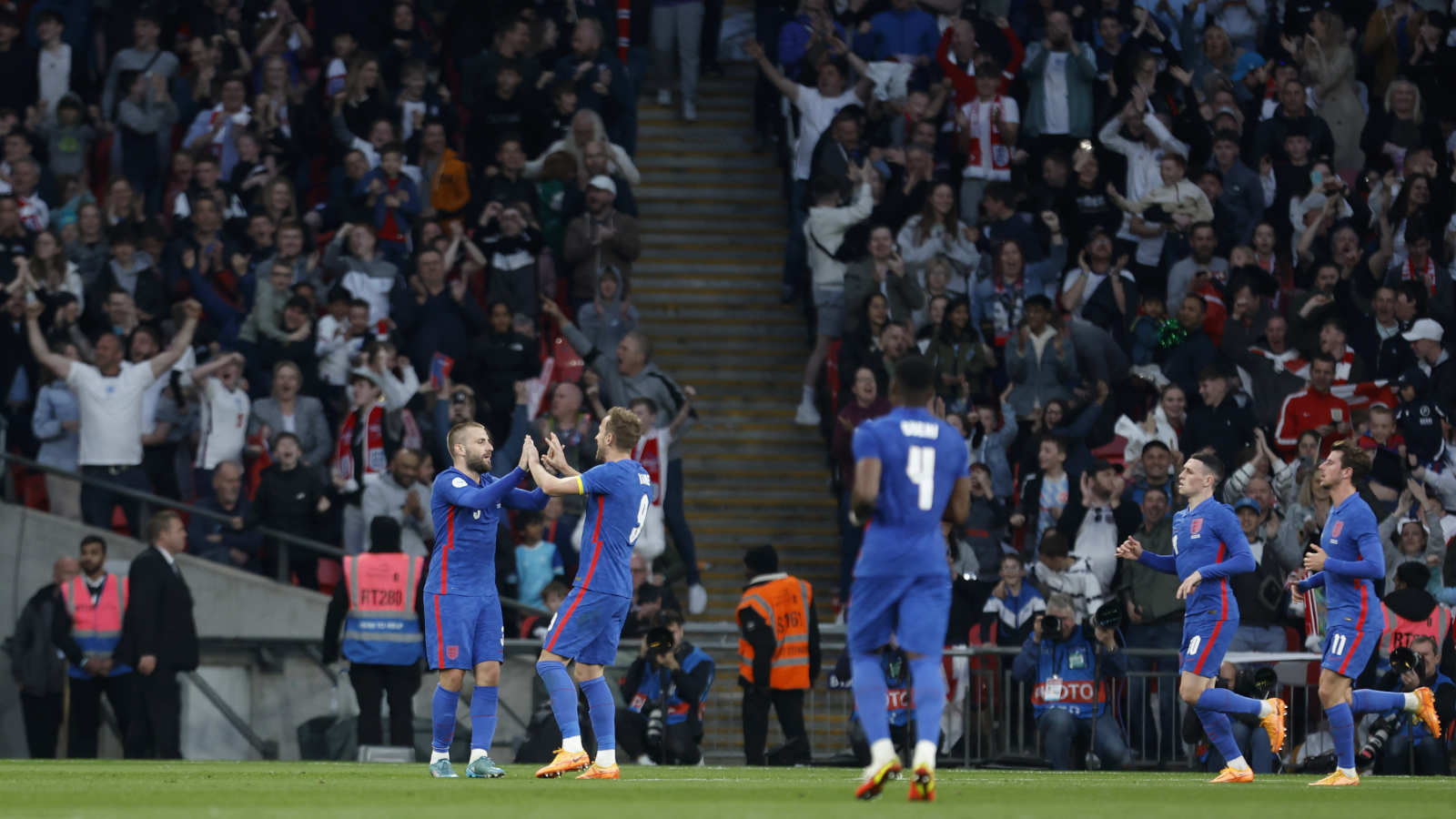 England weren’t at their best against Switzerland, but this was an evening of experimentation for Gareth Southgate as players jostle for position.

Jordan Pickford
Despite conceding the opening goal of the game, which could hardly be laid at his door (it was a collective failure on the part of a defence inexperienced at playing with each other), Pickford seemed to have put his torrid season with Everton behind him somewhat with two excellent saves in the early stages of the game, but within the space of around five first-half seconds, with seven minutes to play of that first half, we reached peak Pickford – Peakford, if you like – when he first allowed a Shaqiri corner to hit the base of the near post and then pulled off a superb save immediately almost from that rebound. He might as well have been replaced by a Pickford-shaped scarecrow for the second half, for all he had to do.

Conor Coady
Everybody knows that Coady is absolutely amongst the best of us, but whether he’s an international-class defender remains open to question. It’s not that there were any specific errors that you could point to, more that he looked like the loosest link in a starting defence that did not look properly coordinated in the first half.

But it’s clear that the issue with the England defence during the first half was a matter of collective responsibility. Their positional play left room to be desired, they were slow to cut out crosses, and they occasionally didn’t clear the ball effectively (it was a repeated failure to do so which led to Switzerland’s opening goal), but Coady did improve considerably as the evening wore on after switching to a four-man defence with the substitutions, and he even forced a save with a late chance.

Ben White
Considering that he only got a place in the team when John Stones twanged something or other in the warm-up, White put in a decent performance at short notice. And in the second half, when Southgate switched from his three-man defence, he also had the chance to get forward a bit – firing a shot a couple of feet over the Swiss goal with 20 minutes to play – and getting forward into space on the right-hand side to force a deflection for the corner from which England got their penalty kick for the winning goal.

Marc Guehi
A promising start from Guehi, who played the full ninety minutes. He’s come a long way very quickly, and he’s been superb for Crystal Palace this season. But he’s only played 28 Premier League games out of a career total of 100 games, the vast majority of which were played in the Championship for Swansea City. He’s only 21 years old, and may well treasure having had a big hand in the second England goal, providing the downward header which hit Zuber’s arm for the penalty.

Kyle Walker-Peters
Hit the post at the end of a move that was called back for offside and – importantly – left the ball well alone for Luke Shaw at the very end of the half, then in the second half found himself in some space on the right to feed Harry Kane a decent chance. He didn’t set the world alight on this particular evening, but if he considered his job for this match to be keeping himself well in contention for a place in the squad to go to Qatar, then he probably did enough.

Connor Gallagher
Unable to play at Wembley for Crystal Palace against his parent club in their upcoming FA Cup semi-final, Gallagher started this match as though he intended to make the absolute most of it. He was England’s brightest player during an opening quarter of an hour where England dominated possession without creating a great deal, carving out their best chance with a curling shot which had to be headed clear for Switzerland by Widmer. More than a little unfortunate to be taken off, early in the second half.

Luke Shaw
As a Manchester United defender this season, Luke Shaw might be considered ‘much-derided’ at the moment, but he capped a fair first-half performance with a goal at the start of stoppage-time to bring England level, a rasping 20-yard shot which Walker-Peters obligingly left to run for him. England did channel a lot of their play down the left-hand side all evening, but Shaw didn’t seem able to get the space to get the ball into dangerous positions.

Phil Foden
Had a quiet evening, flitting in and out of attacking midfield positions to little effect, and getting caught a couple of yards offside when England did have a chance to break with just over ten minutes to play from half-time. Withdrawn with eleven minutes left to play, but we all know that he’s capable of much, much better than this.

Harry Kane
Even at a point when he could have requested a weekend off, there was no keeping Kane from the Wembley turf for this match, certainly not when he started the evening one goal shy of Bobby Charlton in second place on England’s goalscorer list. But it took him until the 52nd minute before he had a sight of goal, smacking the ball against the Swiss goalkeeper’s forehead after being put through on the right by Kyle Walker-Peters, and he wasn’t involved that much until stepping up to convert the penalty kick that won the game, stroking the ball into the bottom corner and with Wayne Rooney’s record very much in sight. Looked mildly annoyed to be taken off with a couple of minutes to play.

Mason Mount
Another somewhat underwhelming performance from Mount, who hasn’t quite shone for England in the same way that he has for Chelsea. He was hoicked off in favour of Jack Grealish when Gareth Southgate brought out the big guns, just after the hour.

Raheem Sterling (on for Kyle Walker-Peters, 62), Declan Rice (on for Connor Gallagher, 62)
The introduction of these two (as well as Jack Grealish and Tyrick Mitchell) signalled a switch to a less experimental defensive formation, which seemed to tighten up both England’s defence and their midfield. Rice, who is probably the most calming presence on the pitch in the Premier League, just breathes an air of stability into whichever team he plays for.

Jack Grealish (on for Mason Mount, 62)
The most notable thing about Grealish’s appearance for England this evening was the swell of noise that accompanied him coming onto the pitch. On the one hand, it’s easy to just detach yourself from it all and think, ‘Goodness, isn’t he popular, these days? Must be those calf muscles’, but that lift has a definite value to Gareth Southgate; having the ability to lift the crowd by bringing him on is a handy little arrow to hold in one’s quiver.

Tyrick Mitchell (on for Luke Shaw, 62)
Another great opportunity for a young and impressive Crystal Palace player to get some experience. Mitchell has only played 57 senior games, so get into the England team is a huge achievement. Furthermore, his arrival on the pitch coincided with the England defence looking much tighter for the last half hour than it had for much of the first half.

Jude Bellingham (on for Phil Foden, 79)
Bellingham looks likely to grow into a wonderful player – he’s already hugely enjoyable to watch – and he is another player who gives Southgate options. If he is to play two up front, then Bellingham could prove a good foil for Kane; he has the ability play at the at the highest level, as we’ve seen at Borussia Dortmund, even though he isn’t been a great scorer of goals. Eleven players and stoppage-time in a friend match is no opportunity to really prove a point, but Bellingham has been doing that all season in the Bundesliga, regardless.