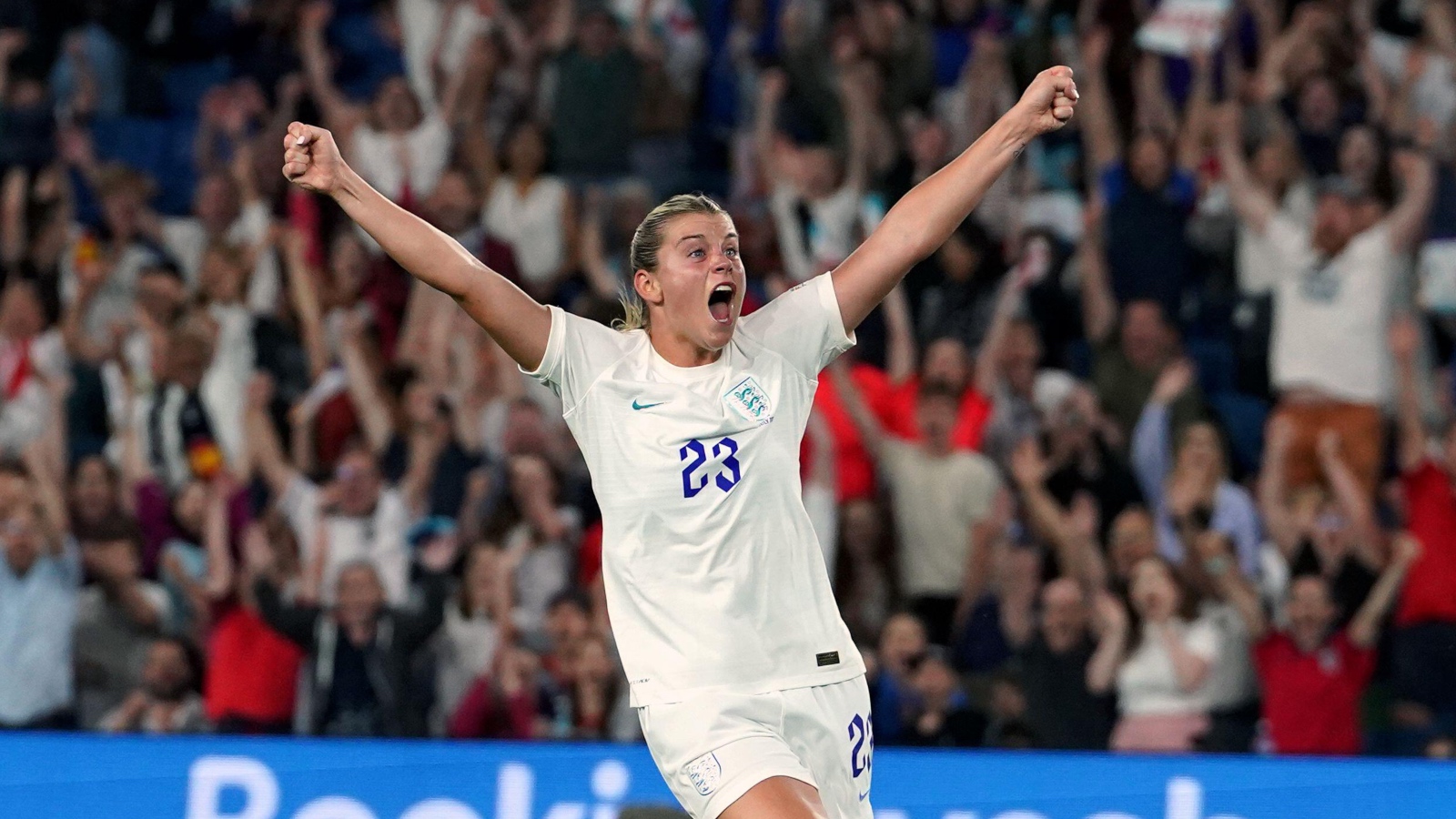 Arrogant is a dirty word, but there’s no better way to describe that second-half performance. England crushed the highest-ranked team in the tournament to reach the final of Euro 2022. What a night.

Followers of the England women’s team have been carried by a wave of excitement and anticipation in the last few weeks, familiar to those obsessing over the England men in major tournaments. Any doubts or talk of stumbling blocks has been met with fingers in ears and drowned out by the ring of Three Lions that permeates our souls through summers of football.

The eight goals against Norway, five more against Northern Ireland, Georgia Stanway’s screamer to see us through a nerve-jangling quarter-final. It’s all led us to this wonderful, typically insular point where it’s inconceivable to think that football won’t be coming home. It’s what being an England fan is all about.

But Sarina Wiegman’s side faced two significant hurdles on Tuesday: firstly, a semi-final hoodoo which has seen them knocked out at this stage in their last three major tournaments; secondly, the challenge of Sweden, the highest-ranked team in the tournament, who were a penalty kick away from winning the Olympics last year, whom England have beaten just once (in 1984) in seven competitive meetings.

Mead, like pretty much all of her teammates, had actually been pretty poor for the first half-hour at Bramall Lane. Starved of any real chance to run at the Sweden defence she was the cause of a fair few broken moves for England. But if we’ve learned anything about Mead in this tournament, and the 18 months before, the girl can finish.

It was a perfect first touch before an arrowed shot into the far corner, but it was also a brilliant bit of movement. Having seen Lauren Hemp’s cross fizz across the six-yard box in front of her, she pulled away from the Sweden back four and found space in which Lucy Bronze was able to pick her out in the second phase.

It was Mead’s sixth goal of the tournament. She needs one more to beat the European Championships record Inka Grings set in 2009.

We were a bit worried though. Before England took the lead Sweden were the better team. Mary Earps was forced into a fine save after just 20 seconds as Sofia Jakobsson was sent through, Stina Blackstenius fluffed a golden chance soon after, before they hit the bar from a corner. England weren’t on the ropes, but they were second best.

But as was the case in the quarter-final, England’s confidence came to the fore, in a big way, morphing into beautiful, blinding arrogance in the second half, resulting in one of the great goals of any major football tournament. We’ll come to that.

Leah Williamson is what we keep telling ourselves John Stones is, as she strolled out of defence and slipped passes through the lines, Keira Walsh was spraying balls around from the base of midfield despite once again being targeted as the one to stop by the opposition, while Fran Kirby terrier-ed away at No.10.

Earps produced a second wonderful save in the second half as she tipped the ball over the bar. Millie Bright was an impassable force once again. Rachel Daly shrugged off doubts over her place in the team, Cruyff-turning away from her opposite number early on and raiding down the left from then on.

Bronze added a goal to her assist early in the second half as her perfectly directed header found its way through two sets of legs and into the far corner, Kirby finished it all off with a chip after a wonderful first-time assist from Mead, but it was the third of the night that will be forever burned into the memories of England football fans, who may never have been so happy to see an England footballer miss a sitter.

Another flowing move from England instigated by Walsh, ended at the feet of Russo bang in front of goal after the ball was laid on a plate by Kirby. Having hit her initial effort tamely at Hedvig Lindahl, she collected the rebound and with her back to goal and backheeled the ball through the goalkeeper’s legs.

It was a snapshot to sum up this England team. Nonchalant, skilful, dismissive. This team doesn’t panic, they don’t shrink, they don’t waver in their belief in the style of football Wiegman has instilled.

If you watched this game and didn’t feel an immense sense of pride in what you were witnessing, didn’t applaud Earps’ athleticism, puff your cheeks at Walsh’s composure, roar at Bright’s dominance or shriek in disbelief at Russo’s filthy finish, then quite simply, you don’t like football. What a night. One more to go. It’s Coming Home.