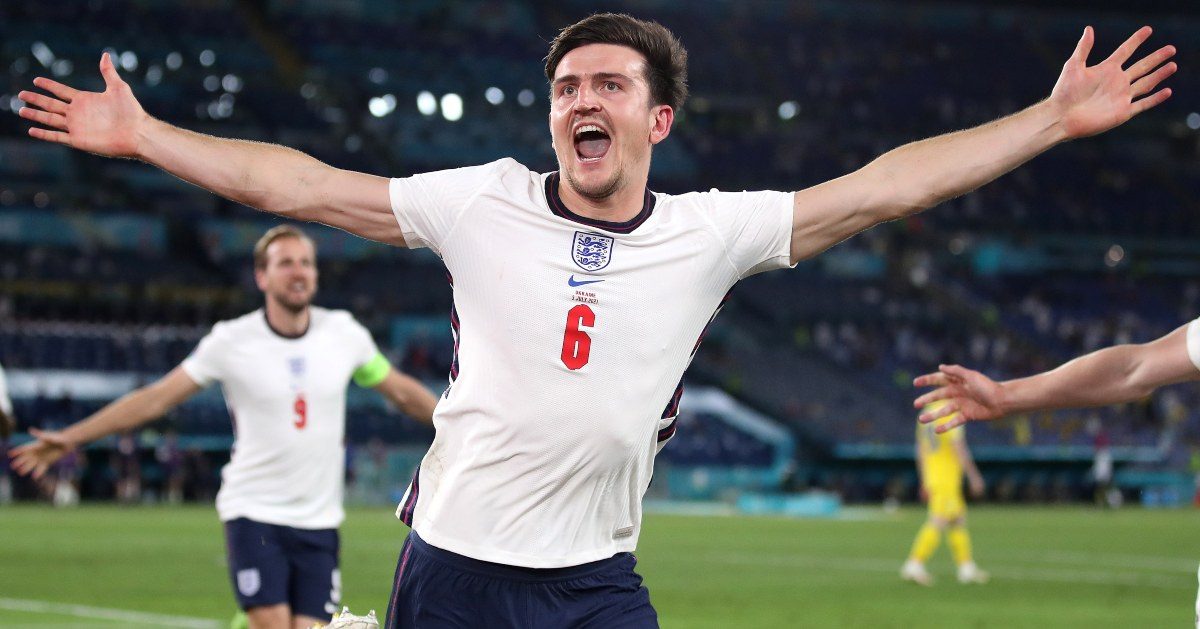 Gareth Southgate’s England went to Rome to see the Pope. And this is what he said: It’s coming home…

England have won many matches before. They’ve won knockout matches at major tournaments before. But that was… different. It was f***ing glorious.

The Three Lions have reached the Euro 2020 semi-finals with a performance that was as flawless as we’ve seen from an England side. Not just Gareth Southgate’s iteration. That was as controlled and as emphatic as any England side in recent memory.

How could it possibly have gone any better? England took an early lead while administering their leading striker with another shot in the arm, before keeping Ukraine on a lead for most of the first half. Ukraine had a couple of moments, but nothing that would have panicked any nation without the inherent pessimism of England’s supporters.

But even that was blown away by a second half that you could be forgiven for thinking had been scripted by the England manager.

An hour into a European Championship quarter-final, Southgate was substituting his most important players to give them a breather for Wednesday’s semi-final. He was able to do that because of a rare goal from his most important centre-back, who some people believed should not have been granted the time to recover from injury, and another to kick Harry Kane’s confidence up another notch.

When Jordan Henderson headed in his first England goal and his nation’s fourth of the night, Southgate might have been tempted to reach across the technical areas to apologise to Andriy Shevchenko for taking the p*ss.

Even the referee took pity on Ukraine, blowing up smack on 90 minutes to put them out of their misery, shielding their three waiting substitutes from any shame.

That final whistle arrived a full quarter of an hour after England were getting the oles as they bounced the ball between themselves, exerting their control over their browbeaten opponents.

Control. That was surely the most impressive, most refreshing aspect of England’s performance, if we must dissect the magnificence of it all.

England have been good at many things down the years, but controlling matches and coercing opponents is not a trait we are accustomed to seeing in the Three Lions.

That unfamiliar feeling has made for some uncomfortable moments in recent weeks. England have controlled Croatia, Scotland, Czech Republic and Germany, and many of us haven’t been quite sure what to make of it all.

If only we knew then what we know. That Southgate’s young lions England have fully matured in the image of their pride. And tonight was their coming of age.

These lads have had had to grow up sharpish too. Many of them have come through struggle, whether it is a theme that has defined their journey to this point or a recent obstacle in the road.

At least nine of Southgate’s XI have endured some form of strife in the last 12 months since these Euros were supposed to take place. Their performance in Rome, and the vigour with which they celebrated each high, be it a goal or a block, suggested they recognise this high after the lows. And it makes them all immensely likeable. Another unfamiliar feeling…

The most impressive performer? Take your pick.

Luke Shaw was unflappably brilliant, setting up two goals in Jose Mourinho’s new gaff. A bigger ‘f*** you’ he could not have offered to his old boss. Maguire and John Stones were rock solid once more as England collected another clean sheet, though from Declan Rice and Kalvin Phillips the centre-backs benefited from the kind of protection usually only afforded to the Pope in these parts.

7 – England have kept seven consecutive clean sheets for the first time in their history, with the Three Lions run without conceding currently standing at 662 minutes. Resolute. #EURO2020 pic.twitter.com/sywVfgQMnI

Raheem Sterling terrified Ukraine, silencing his critics you would hope, though it would be naive to expect. Shevchenko’s players obviously didn’t agree with @dave427724 that the most-capped player in their opponents’ ranks was a mere tap-in merchant.

You couldn’t blame Ukraine for looking punch-drunk by the hour having had Jadon Sancho jabbing away at them too. It was thought Southgate didn’t fancy Sancho, but his selection proved that to be b*llocks too. Shocking.

Southgate was able to give minutes to Jude Bellingham, Marcus Rashford and Dominic Calvert-Lewin, like the European Championships was an Under-9s gala. Who didn’t get on? Just England’s two most exciting players: Jack Grealish and Phil Foden.

Any negatives? There was a 10-minute spell where Jordan Pickford’s earmuffs slipped off but the speedcore in the keeper’s head was quickly muted for whale noises once more. Kyle Walker also looked like he might be on the verge of one of those games, especially while Ukraine probed the inside-left channel before half-time. Pickford and Walker may have had their moments but they were fleeting and not even a blot on England’s copybook.

We all have three days now before Denmark turn up at Wembley for the semi-final to process this weird sensation of serenity. And embrace it. Because this is England ’21. And it’s better than many of us can remember.