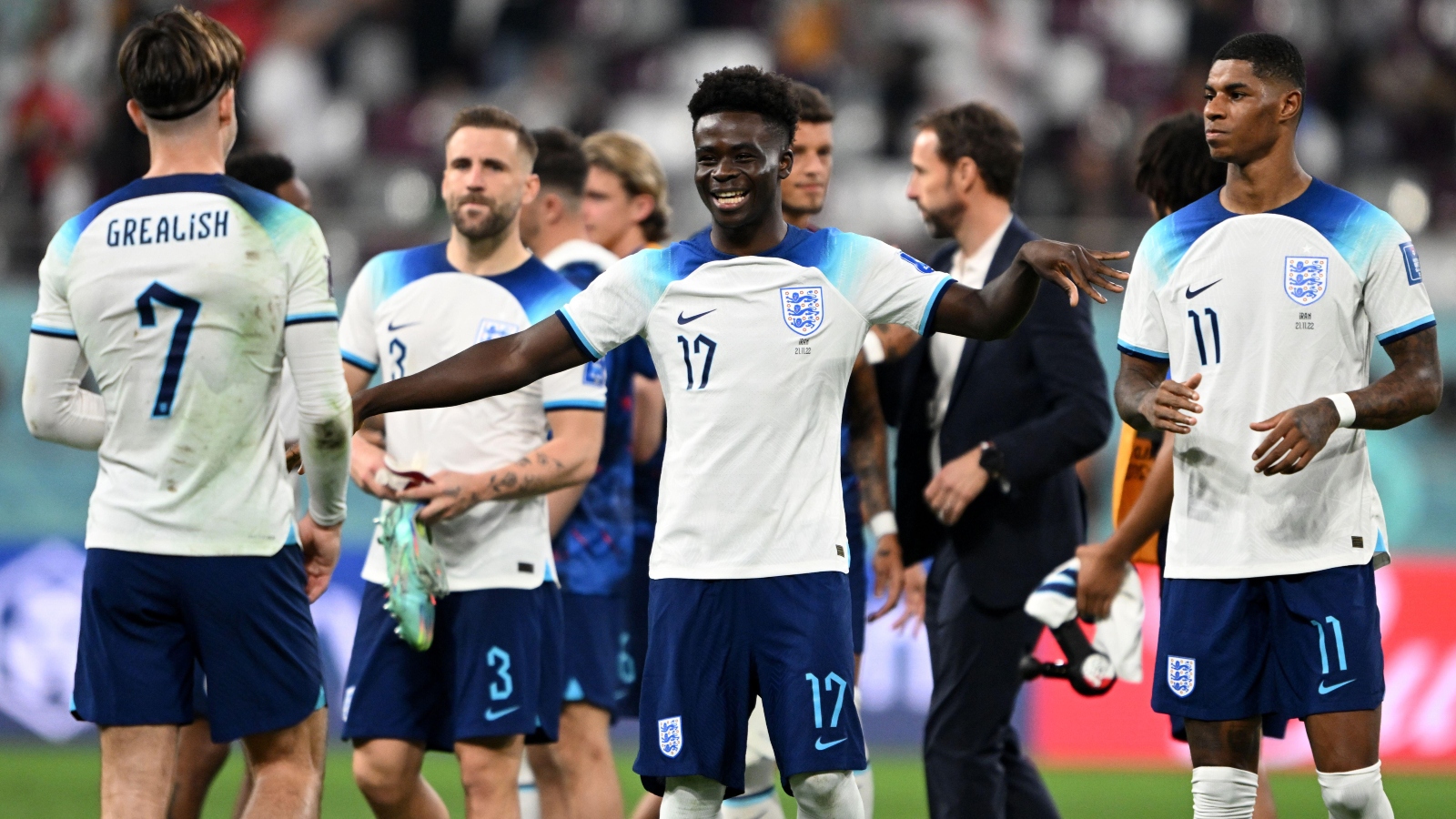 With a best ever first performance in a World Cup finals, England overcame Iran with ease on a day that was loaded with booby traps for them.

So welcome, then, to The Group of Narrative. Fixtures against Iran, the United States of America and Wales looked like three potential booby traps standing in a row for England, but having negotiated the first of these with a performance the likes of which we’ve never seen from them in the opening match of a major tournament, at least Gareth Southgate will be able to reflect on a job well done and some nerves settled.

In the hours before the kick-off, it had felt as though the stars could be aligning in quite a different way for England. Form over much of 2022 hadn’t been great, and the form of a lot of the individual players over the course of this Premier League season hasn’t been great, either. The announcement concerning the ‘One Love’ armband fiasco, against limited opponents with powerful motivations to raise their game, hardly felt likely to improve the mood around the camp.

And before kick-off, the Iran team had a powerful statement of their own to make. They refused to sing their national anthem before the start, the presumption being that this was a silent protest against the behaviour of their government and was accompanied by considerable booing by Iranian supporters inside the stadium. It was a powerful message to send, certainly more powerful than that sent by the European teams over their armbands.

After seven minutes, a sound similar to two coconut halves being cracked together presumably reverberated around the stadium when a cross from Harry Kane on the right evaded everybody, only for the Iran goalkeeper Alireza Beiranvand to dive at full stretch straight into defender Majid Hosseini, head-first. Hosseini was up and about again after a few minutes, but Beiranvand seemed determined to continue even though there were cartoon birds clearly visible flying in circles round his head.

Play eventually restarted again for a minute before stopping again, but it was very clear that the goalkeeper was unable to continue. That much felt evident from the force of the impact itself, all the more so when the cameras zoomed in on his dazed facial expression. And while the player’s desire to continue playing and the coach’s desire to keep his first-choice goalkeeper on the pitch are both understandable reactions, one can only wonder at the medical professionals who waved him on to continue in the first place.

The result of all this was a jaw-dropping 14 minutes added time at the end of the first half, but by the time the clock passed 45 minutes it rather felt as though the whistle couldn’t come soon enough for Iran. They rallied briefly in the minutes after the enforced break, but three goals in ten minutes put the result beyond reasonable doubt before the extra 14 was added on.

The warning sign had already been sounded by the time England scored, when Harry Maguire headed against the crossbar. But within a couple of minutes of this they were a goal up, a first World Cup finals goal for Jude Bellingham. Maguire was involved again for the second goal, a downward header for Bukayo Saka to score, before a neat finish from Raheem Sterling from a low Kane cross but England three goals to the good at half-time. Thoughts of the stodginess and fear with which England so often play in these tournaments and the pressures of much of this year couldn’t have been much further from the mind by the end of a productive and fluid first period.

A first half performance of that nature in the first game of a tournament allows you a couple of luxuries. Players could be rested, if needs be. It looked as though they could possibly do with it after a couple of snide late challenges from Iranian players left Harry Kane and Raheem Sterling writhing in pain on the floor.

But is also allowed England the luxury of being able to relax, a little. We’ve all seen them playing as though carrying the weight of the world on their shoulders, but on this occasion the fluidity and positivity remained throughout. Saka was a ball of mischief on the right. Bellingham is blessed with that ability to make extremely difficult things look very easy. Raheem Sterling and Harry Maguire, players castigated for their performances at club level this season, both seemed back in their happy place.

Maguire was withdrawn midway through the second half with a bump to the head, by which time the two teams had traded a second half goal each. Bukayo Saka skipped inside, dropped his shoulder and shot across goal, but within a couple of minutes Mehdi Taremi scored for Iran to pull the deficit back to three. Noise levels inside the stadium rose, all the more so when play continued for a couple of minutes even though England were down to ten. Within a couple of minutes of the subsequent quadruple substitution, one of the new arrivals, Marcus Rashford, rolled the ball in to make it five.

The closing stages played out as though most just wanted the final whistle to blow. Jack Grealish scored a sixth from close range and duly celebrated in the way that he’d promised one of his biggest fans that he would. And then, when another ten minutes of stoppage-time was added, there was still time for a penalty kick to be given to Iran for a shirt-tug on Morteza Pouraliganji by John Stones which left you wondering why one wasn’t given in the first half for an altogether more definite-looking bear hug on Maguire. Taremi converted the penalty kick, but it was largely academic. There wasn’t even time for the game to restart.

There are slight pauses for thought. Iran were poor. That much is undeniable. And questions about the defence will be asked after having conceded two goals to such mediocre opposition. But in a group that is laced with potential problems, Gareth Southgate and England started their World Cup with about as commanding performance as anybody could have realistically expected. The performances of Saka and Bellingham in particular were reminders that for all the doom and gloom that has followed them around for much of the last few months, there remains the potential for an exciting future.

One down two to go, then, and England have given themselves a huge leg-up with performance that distilled their best qualities while making their worst feel like a bit of an irrelevance. They’ll face considerably greater challenges in this tournament than they did in this game, but it’s all a considerable improvement on the stoppage-time winner they needed to get through their first match in Russia, four and a half years ago.