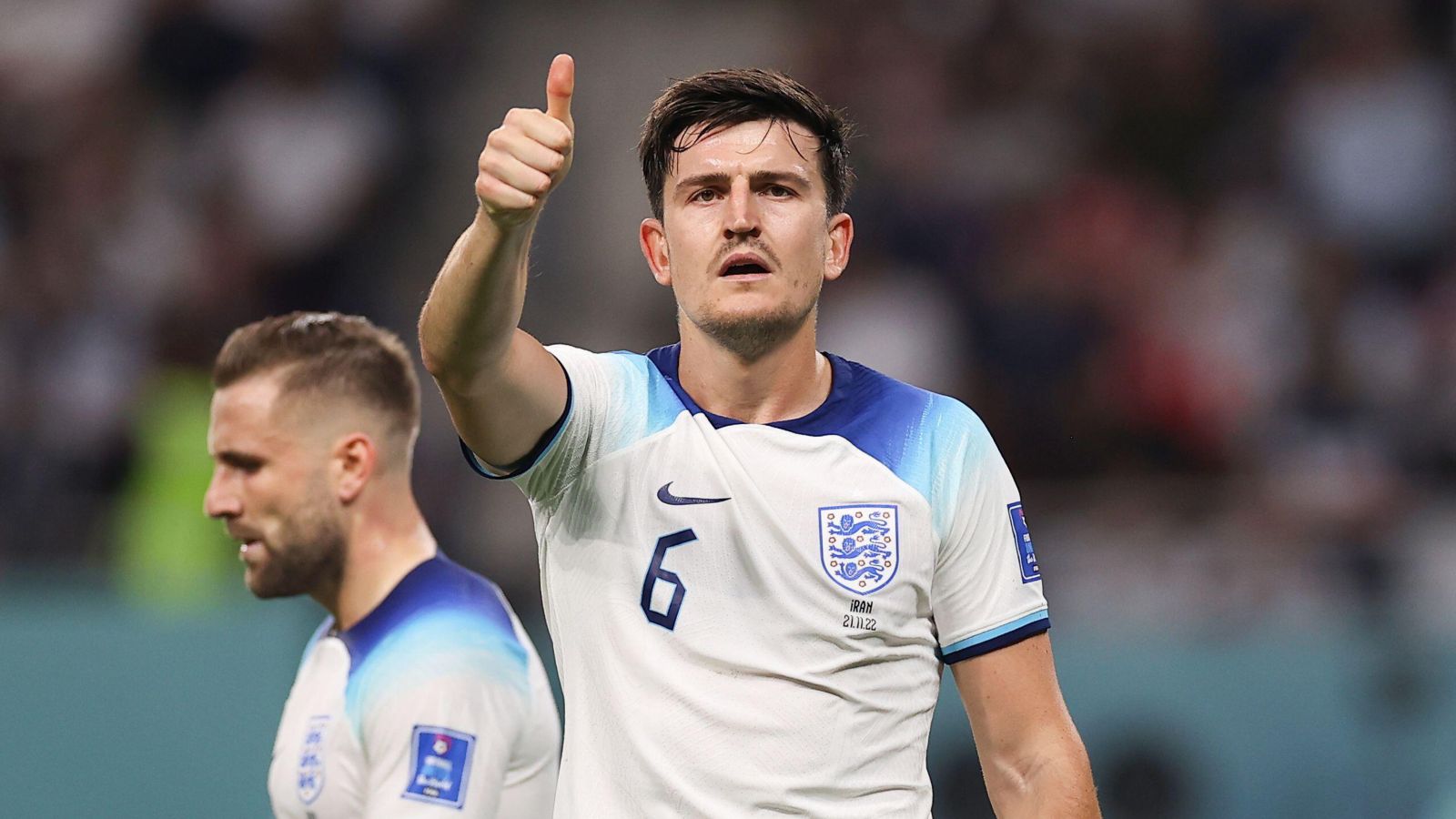 Bukayo Saka and Jude Bellingham are special. Gareth Southgate knows how to open a tournament. England were crucially brilliant yet vulnerable.

1) It was almost perfect. England were commanding but crucially not flawless, showing just enough sloppiness in defence to safeguard against any early hubris. The big selection call of Bukayo Saka starting was justified beyond even Gareth Southgate’s wildest imagination for the second successive major tournament; Harry Maguire was excellent until the precise point he wasn’t, giving just enough ammunition for both his critics and plaudits to continue on their merry ways. Jordan Pickford had the opportunity to complain about his defence making him do his job and Jack Grealish was fouled more often than all but one player despite coming on in the 70th minute. Jude Bellingham was impeccable. The substitutions were superb.

Southgate, for four more days at least, is the one again. The way he put the post-match focus on the concession of two goals rather than the scoring of half a dozen was absolutely masterful. Let the man enjoy having his handbrake cake and eating it.

2) There were 24 minutes of stoppage time, nine different players scoring or assisting, six goals and three points. But imagine how impactful that would have been without the One Love armband surrender. England were in the perfect position to make a statement that resonated beyond those 120 minutes against Iran and they summarily failed.

The gulf in quality during the game favoured England but the juxtaposition between a country abandoning an already diluted stance due to the threat of their captain receiving a booking, and the negative reaction of Iran’s players and fans to their national anthem despite the very real potential ramifications, was stark. The difference between meaningful protest and empty gestures was laid bare before a ball was kicked.

Iranian team not singing their national anthem on the biggest stage is very brave #WomanLifeFreedom pic.twitter.com/CYE3BePsVc

3) The calibre of opponent will be used to downplay any growing optimism – and Iran were somehow deliberately conservative yet eminently porous. But this was unprecedented ease and confidence from an England team in the opening fixture of a major tournament.

Only in 2018, 2000, 1998, 1982, 1958, 1954 and 1950 had England scored two goals or more in their first game of a World Cup or European Championship. Their opening fixture record at 25 major tournaments was W7 D11 L7 F29 A26. They scored more goals against Iran than they did in their entire runs of six different World Cups, including two of the last three. Gareth Southgate has his critics but knows how to come out of the blocks properly, even with pressure at its most intense and scrutinous.

Having watched the functional competence of Euro 2020 against Croatia, the scrappy victories over Tunisia in 2018 and Paraguay in 2006, and the demoralising draws and defeats in between, caveated dominance should be warmly embraced.

4) Oh, those halcyon days of summer 2018, when England’s ‘overreliance’ on set-piece goals was an arbiter of fine coaching which soon became a stick with which to beat them.

The Love Train gave England the platform to reach the semi-finals in Russia four years ago, when nine of their 12 goals were scored from corners, free-kicks or penalties. England had an average of 0.9 shots on target from open play per 90 minutes at the 2018 World Cup – only Iran had fewer.

But only Bukayo Saka’s goal against Iran came from a dead-ball situation. The other five showed a delightful variation in England’s play, from the carefully constructed moves to make it 1-0 and 3-0, to the sublime, incisive counter-attacks which tore through a beleaguered opponent in the second half. England were not dependent on any one player or approach – and long may this system allow that to continue.

5) Harry Kane remained imperative to the way England wanted to play, as evidenced by his two assists from different positions which pundits tend to lament him taking up.

His selfless drifting wide to the right prefaced a stunning cross which Raheem Sterling converted gloriously in the first half. His oft-criticised tendency to drop deep saw him pluck a long Pickford pass out of the air before rolling an Iran defender and playing in Marcus Rashford to score.

It was stunning centre-forward play throughout – and it was actually Kane’s penetrating movement, offering Kieran Trippier a short option from a free-kick, which led to the long first-half stoppage when Alireza Beiranvand suffered a concussion palming his front-post cross away. That was a warning Iran failed to heed as they stuck rigidly to their positions.

6) Letting the quite clearly rattled Beiranvand conduct his own concussion check was a choice. That the game continued, albeit momentarily, with the bloodied Iran keeper still on the pitch, was absolutely laughable.

Nine minutes separated Beiranvand’s clash of heads with his eventual substitution, during which at no point did he look even vaguely comfortable or cognisant. How is football still so embarrassingly inept at dealing with head injuries?

7) The biggest stain on this World Cup occurred after roughly two minutes. Any argument that different cultures exist and should be respected in 2022 was undermined by the utter disgrace that was Declan Rice digging an inch-perfect crossfield ball out from near the corner flag to Trippier on the other wing to absolutely no reaction.

Mason Mount sought to make sure a while later, shielding the ball wonderfully from an opponent before switching play with ludicrous precision to Trippier in space again. There was barely a ripple of applause, never mind the usual roar of approval, finally confirming beyond all doubt that this tournament is a complete farce.

8) Bellingham, who teased those Steven Gerrard comparisons a little too vividly with an opening goal that bore all the hallmarks of the Liverpool captain’s header against AC Milan in the 2005 Champions League final, enjoyed his moment on the world stage.

It was a stunning display of conviction and class, with all the energy and drive of a teenager but the poise and technique of a veteran. Bellingham did not misplace a single pass until the 54th minute, taking his goal phenomenally well and leading the counter-press faultlessly. Iran could not cope with his intelligence or physicality and he played a direct part in three goals, different each time: scoring with his head, creating with his dribbling and opening up with his passing.

That was an international introduction to a unique, special player. It was also Bellingham’s first England start at a major tournament in any age group. Not convinced it’ll be his last.

9) The key to England’s first-half supremacy was the rest defence of Rice, whose positioning and awareness allowed him to constantly be in the right place at the right time whenever Iran retrieved the ball and tried to break out. Sometimes the statistics bear the same result as the eye test and it was no surprise that West Ham’s captain made the most interceptions of any player.

There was a notable – and perhaps forgivable – downgrade in those terms after half-time. Rice was a little more careless and disorganised and Iran capitalised on those lulls in concentration, having never been given such an opportunity in the first half. The 23-year-old will need to be consistent deeper in this tournament if England have a hope of advancing far; he is their most important player.

10) Southgate’s self-confessed curmudgeonly reaction was not unfounded. Anyone who thought Maguire and John Stones would not start were deluding themselves, considering that is the central defensive partnership England had used in 11 of their last 13 major tournament games to reach a semi-final and final.

When the national team manager speaks of “form”, that does and should take recent England matches into account.

But this was hardly the resounding success Maguire and Stones needed to strengthen their individual and collective case. The former was excellent with some line-breaking passes but those characteristic jittery moments built up to him ultimately being exposed by Mehdi Taremi. Stones may protest that the penalty given against him in second-half stoppage-time was harsh but he was not without blame.

11) Then again, Maguire’s imperious aerial ability makes him almost worth picking in defence just as an extra attacking weapon. One header crashed against the crossbar and another led to Saka’s first goal, while Iran were fortunate not to concede a penalty as they tried to deal with the Manchester United centre-half.

His second-half injury could take the decision out of Southgate’s hands but for as long as Maguire adds more to this team than he takes away, he will be picked.

12) The wildcard is a formational change as the suspicion lingers that Southgate will eventually clutch at his usual safety blanket of a three-man defence. Without the injury to Kyle Walker that might already have come to pass but there are options in this squad that the manager appreciates. Eric Dier, Conor Coady and Benjamin White would all slot in easily.

It would lead to someone missing out, with Mount the obvious fall guy. He was quietly excellent here, applying his usual busy stamp on a game which England could easily have lost focus or control in without that constant industry. There should be a place for him in this team, but never again in the front three.

13) Saka was a worthy man of the match on an afternoon when three or four other candidates might otherwise have put a valid case forward. His inclusion ahead of Phil Foden was nominated as the necessary starting XI gripe but much as he did at Euro 2020, Arsenal’s starboy instantly justified the faith shown in him by the manager.

Foden might have more natural talent and ability than Saka – although even that argument is becoming harder to put forward each time the latter steps onto the pitch for club or country – but Southgate is a pragmatist and this is about suitability in his system. Saka is not a vital player for England and the Premier League leaders by mistake. He is phenomenal and those remarkable levels of maturity and humility at such a young age make him a pleasure to watch.

14) The redemption narrative should not be overplayed but it was a delight to see Saka and Marcus Rashford score and play with such freedom, while Sterling was typically wonderful and Jack Grealish took his moment with composure. Each have shown incredible fortitude in varying challenging circumstances and earned those career highlight memories.

15) That sixth England goal was a thing of beauty: a 35-pass move ending with Stones slicing through a lackadaisical Iran press and Rashford applying the perfect cushioned touch to set up Bellingham’s slide-rule ball for Callum Wilson, who selflessly centred for Grealish.

It was the sort of approach play England fans are often left envying from other teams, and the way in which Wilson sacrificed a stoppage-time goal which would have meant nothing to the game but everything to him was testament to his character.

16) Funny as the Miguel Almiron stuff is, that’s one way to change perceptions. Grealish is a national treasure now so leave him alone.

Jack Grealish is a man of his word 🥹❤️