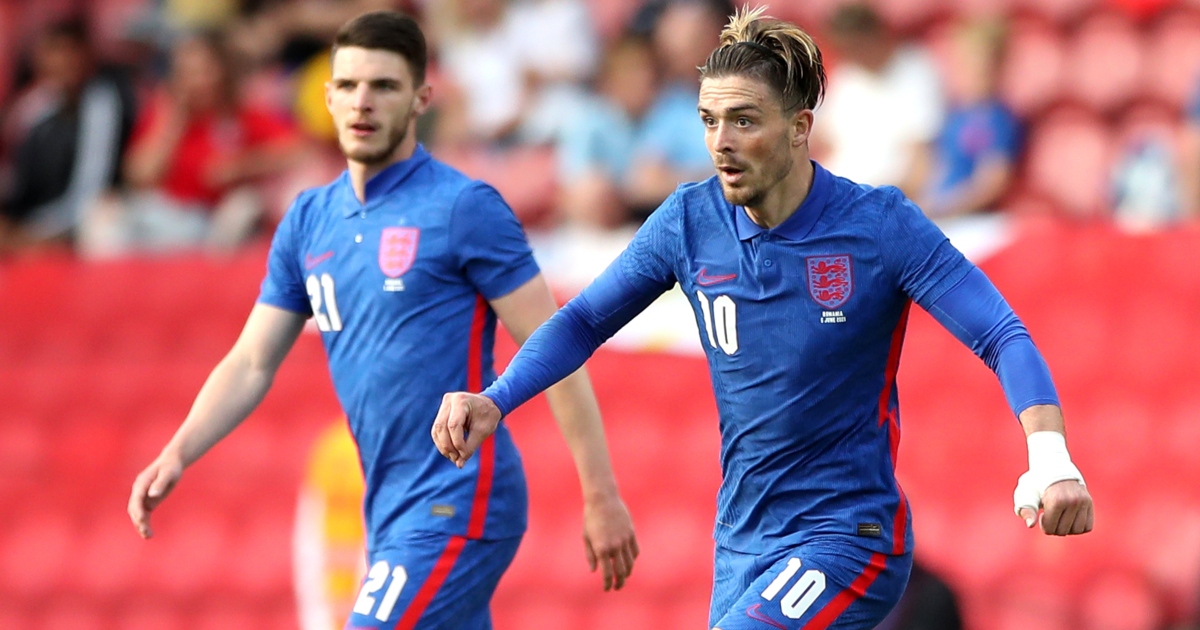 If Gareth Southgate wants his players to push on, some may have to push for a move to play for the best managers…

It might not feel like it right now while the pain of Sunday’s defeat remains so fresh and some of the reaction so vile. But there are plenty of reasons for optimism around this England squad as the focus begins to turn to next year’s World Cup.

After some introspection, Gareth Southgate will take on board the lessons he might learn from the last month, which promised nothing but almost delivered everything. The England coach is a smart cookie and his management will doubtless evolve before he takes his players to Qatar next winter.

But Southgate can’t do it all by himself; his players must develop too. And some of Southgate’s big names can help him, all the while helping themselves.

With the Euros over, England players will be hearing a lot more from their agents. For Jack Grealish, Declan Rice and Harry Kane, taking that next step at club level can enhance their prospects – and Southgate’s too – of shedding the nearly men tag on the international scene.

For Grealish, Rice and Kane, excelling for Villa, West Ham and Tottenham has what has got them to this juncture. Each would be reluctant to leave their clubs. But to bridge the gap towards glory, the England manager needs those players to seek the biggest stage for themselves.

Kane has already had a taste of the Champions League, with 20 goals in 24 matches. But the last of those came in November 2019. And who knows when the next may come along given the landscape at Spurs?

Kane knows. So too does Grealish, it would seem. Leaving Villa would be a wrench but no Villan could begrudge their talisman a big move providing the terms were right.

Manchester City seem to be keenest on Kane and Grealish, and the prospect of both playing for Pep Guardiola for a season and a half before the World Cup must have Southgate salivating.

He wouldn’t ever verbalise it for fear of offending their current managers, but Guardiola could elevate both Kane and Grealish in the short turnaround before Qatar.

In Grealish’s case, doubts persist over whether Southgate fully trusts the 25-year-old. At Villa, Grealish enjoys all the freedom he wants, a privilege he recognises and appreciates, often against sides willing to attack the Villans.

Under Guardiola, Grealish would have to fall into line and earn his freedom by performing his precisely set duties in both attacking and defending scenarios. Success under Guardiola would surely convince Southgate that Grealish deserves similar faith and prominence for England.

Then there is the prospect of transplanting City’s attacking unit – should it become one – directly into Southgate’s XI. England’s attack was far from fluid for much of the European Championships and Southgate spent most of the last month seeking the right blend but their potency would be heightened with the familiarity that would come from Grealish, Kane, Raheem Sterling and Phil Foden playing together.

Not that they would line up alongside each other every few days in a City shirt. Guardiola already has mouthwatering attacking options in Kevin De Bruyne, Ferran Torres, Riyad Mahrez, Gabriel Jesus and Bernardo Silva. Grealish in particular would have to justify his place every game in stark contrast to the guaranteed spot he has on the Villa team-sheet. With that fire under an arse he is exceptionally proud of, Grealish’s ridiculous potential could be unlocked at the very highest level.

Rice performed a splendid screening job in front of Southgate’s defence, whichever form it took. But could he have offered the same impetus in possession that he brought when England didn’t have the ball?

At West Ham, under David Moyes, closing doors rather than unlocking them is his primary role. As it is for England. But it is entirely reasonable for Southgate to expect greater proficiency in both roles.

Thomas Tuchel certainly would. And a big-money return to Chelsea, the club which released him at 14, would give Rice the perfect platform to raise his game further still.

1 – England have conceded just one goal in open play in the 830 minutes both Kalvin Phillips and Declan Rice have been on the pitch together for the national team. Dynamic. #Euro2020Final pic.twitter.com/Mg40jNIhIW

How could he not learn from Jorginho and N’Golo Kante? The former is renowned for his passing – while covering more ground than anyone else at the Euros – while the latter is revered for his dynamism, which often overshadows his ability to break lines with penetrative runs.

Rice has the potential to do it all at the highest level; he just needs the guidance and the stage. Phillips already has Marcelo Bielsa’s mentoring at Leeds, which makes his hometown club an ideal environment for the Yorkshire Pirlo. Despite what Moyes might protest, Rice will struggle to make further strides at the London Stadium.