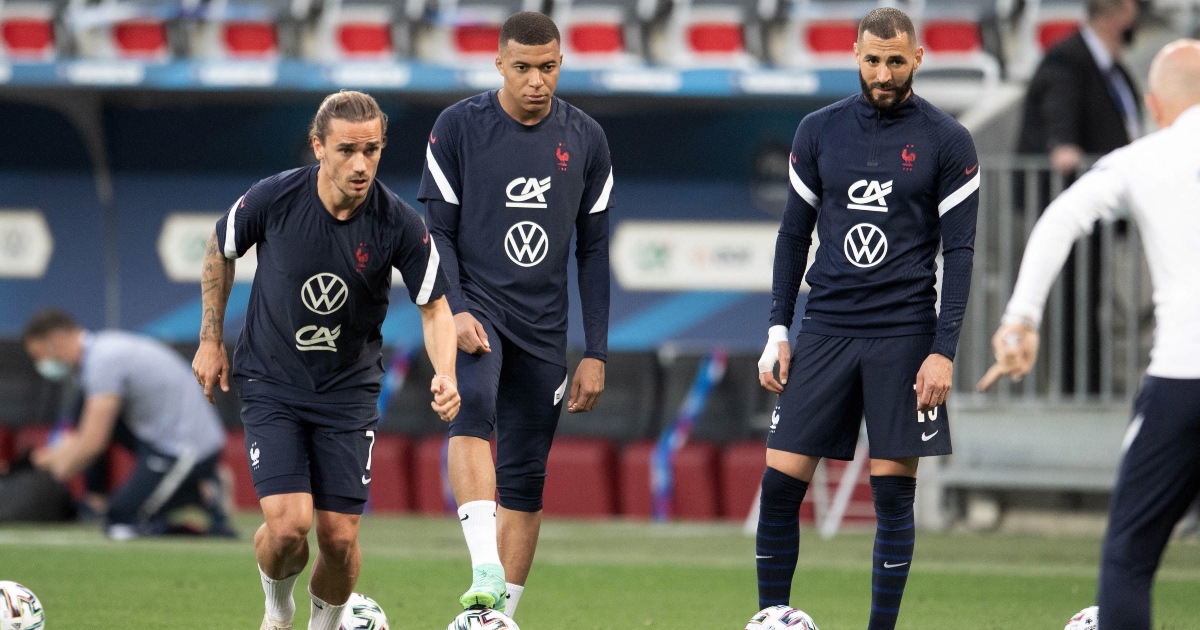 As the roughly torn pieces of paper get drawn from the hat in the next week or so, or – more likely – some sort of online generator decides our sweepstake fates, there will be sympathetic smiles for the unlucky souls who have spent a hard-earned pound on North Macedonia, nods of hope for a draw of England and you-never-knows for the likes of Wales.

The eye-rolling and arm flailing will be reserved for the jammy bugger who lands France. “They’re pretty good, right?” will almost certainly be the reaction of this former friend, exasperatingly unaware and therefore unworthy of their good fortune as you pin your hopes on Matej Vydra banging in the goals for the Czech Republic.

Gareth Southgate’s selection headache was a dull fuzz compared to the migraine of Didier Deschamps; the depth and quality of the French options is ludicrous. They are the superior force, not just to ‘favourites’ England, but to every other team in the competition in almost every position.

With top centre-backs hard to come by, Bayern Munich and Liverpool beat off stiff competition to land Dayot Upamecano and Ibrahima Konate ahead of next season. They didn’t make the France cut, while Wesley Fofana – one of the Premier League signings of last season – can’t even get in their Under-21 side. England will be relying on one or both of Conor Coady and Tyrone Mings.

Midfielders Houssem Aouar, Tanguy Ndombele and Eduardo Camavinga will be watching from home, as will forwards Alexandre Lacazette and Nabil Fekir. Anthony Martial will be missed as much as the uncertainty of handshake or hug pre-Covid greetings.

There were a couple of odd calls from Deschamps. Moussa Sissoko survives only through the vestiges of joyous World Cup memories, while Steve Mandanda is fortunate to be in ahead of three of Europe’s top ten goalkeepers. But the France boss could have selected from a pool of 50 players at random and come up with a tournament-winning 26.

They’ve got the best N’Golo Kante in N’Golo Kante, the quickest and possibly best forward in the world in Kylian Mbappe, Paul Pogba has been saving full Paul Pogba for the occasion and 14 members of the squad already have experience of major tournament success having won the World Cup three years ago.

They’ve also now fixed the ‘flaw’ in that winning team. We no longer have the faint, inevitably futile hope of Olivier Giroud being a costly inclusion in their first XI, after Deschamps brought a striker that can score goals back into the fold. The fourth highest all-time Champions League scorer of goals, no less: Karim Benzema. That is – quite simply – unfair.

It’s as though they’ve just looked down at their boots and saw one shoelace had been untied as they won the World Cup. Oh… should probably just do that up.

Here’s hoping one of Benzema’s mates is waiting until the eve of the tournament to bring the sexual misdeeds of Corentin Tolisso to light, or maybe Mathieu Valbuena has an incriminating MP4 of Benzema himself.

Because it seems unlikely that this France squad can be stopped by anyone other than themselves. In the ‘group of death’ it’s Kante et al. with the covered faces and ghostly fingers, while European giants Germany and holders Portugal look set to do their best to avoid the scythe as Hungary get passed around and pummelled.

England are the favourites among most bookmakers, but even the most ardent Three Lions fan must surely be able to see beyond the pleasant pasture, to the France force majeure.