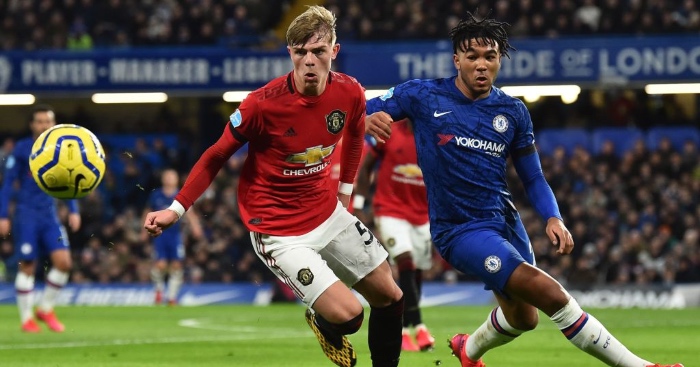 The England team could look very different for Euro 2021 than it would have done for Euro 2020. The tournament that would have been too soon for some may now be at the perfect time as they prize a Three Lions jersey from those that are barely hanging on. We’ve looked at six players with less chance of playing at Euro 2021, and here are six with more…

Dean Henderson
There has been a lot of speculation as to whether Henderson will replace David De Gea as Manchester United number one next season, with every mistake the Spaniard makes adding a further feather to the young upstart’s cap. It’s starting to look more like an Indian headdress. If that is the case, and he enjoys the successful United season many are now predicting after the Bruno Fernandes effect, Henderson will be England’s number one by Euro 2021. He makes brilliant saves and, unlike in times gone by, calmness is the order of the day for goalkeepers over the batshit crazy antics of the likes of Jordan Pickford.

Really good example of Dean Henderson using the cross-over step last week in order to maximise his speed across the goal laterally- to ultimately make the save!!

Brandon Williams
There is extraordinary hype surrounding Williams at Manchester United, but he does show promise. He’s defensively sound and eager to get forward. We are yet to see that attacking ambition bear fruit in terms of goals and assists but the signs are there. Sir Alex Ferguson claims the 19-year-old, along with Scott McTominay and Mason Greenwood, has done “exceptionally well” this season, while Nicky Butt insists it is Williams’ desire that sets him apart. Fellow United left-back Luke Shaw stood more of a chance of getting into the squad this summer, but Southgate will likely favour the youngster a year further down the line.

Reece James
Among the hot and cold youngsters at Chelsea, James has been a paradigm of consistency, and one of five Chelsea players we think Frank Lampard should build his team around. He was moved him into the centre of midfield in the latter stages of their 4-0 win over Everton, as if to prove assistant Jody Morris’ assertion that the 20-year-old can play anywhere. He is quick, with Beckham-like delivery, and the physicality and technique to move past players with the ball. The thought of James raiding down the wing and either crossing or laying the ball back for an Alexander-Arnold delivery from midfield, with Aaron Wan-Bissaka ready in a back three to stop a counter-attack, is a tasty prospect.

Phil Foden
We picked Foden out as one of five Manchester City players Pep Guardiola will look to build his team around next season. And assuming that does happen, he will surely be in Southgate’s plans in 2021. England would have had the same problem this summer as they had in the World Cup – a lack of midfield creativity. Jack Grealish and James Maddison have been fighting a battle for the number 10 position that doesn’t really exist in Southgate’s preferred formation, with Alex Oxlade-Chamberlain and Jordan Henderson likely preferred in a more functional England midfield. And while – like Grealish and Maddison – Foden’s best position is a little higher up the pitch, he does have the versatility to play from deeper; and crucially, is well-drilled in the Pep Guardiola pressing style that Southgate attempts to mimic.

Mason Greenwood
Ole Gunnar Solskjaer has banged on about Mason Greenwood all season. He hailed him as United’s “best finisher” long before he scored a goal and he was being tipped as the Red Devils’ saviour long before he made any iota of a suggestion of being equipped to succeed at this level. But fair play, he is bloody good, Phil Neville step-overs aside. Put simply, he’s a striker that will score goals, as he has shown pretty much whenever he’s been given the chance. And if the man who can’t shut up about him gives him more game time next season, he may just be playing for England.

Mason Greenwood in the Europa League this season:

This kid is ridiculous. 🤯🤯🤯 pic.twitter.com/oUdn1xVSLQ

Harvey Barnes
Barnes has six goals and six assists in 20 Premier League starts for Leicester, and will be playing Champions League football next season should the current campaign count. He can be frustrating, with his undeniable quality in the final third occasionally going missing in a whirlwind of limbs as his brain fails to keep up with his feet. But he has frightening pace, and no little skill to go with it. Raheem Sterling, Marcus Rashford, Jadon Sancho and Callum Hudson-Odoi may currently be above him in the pecking order, and will probably remain there. But as a super-sub for Euro 2021, Barnes could be perfect.