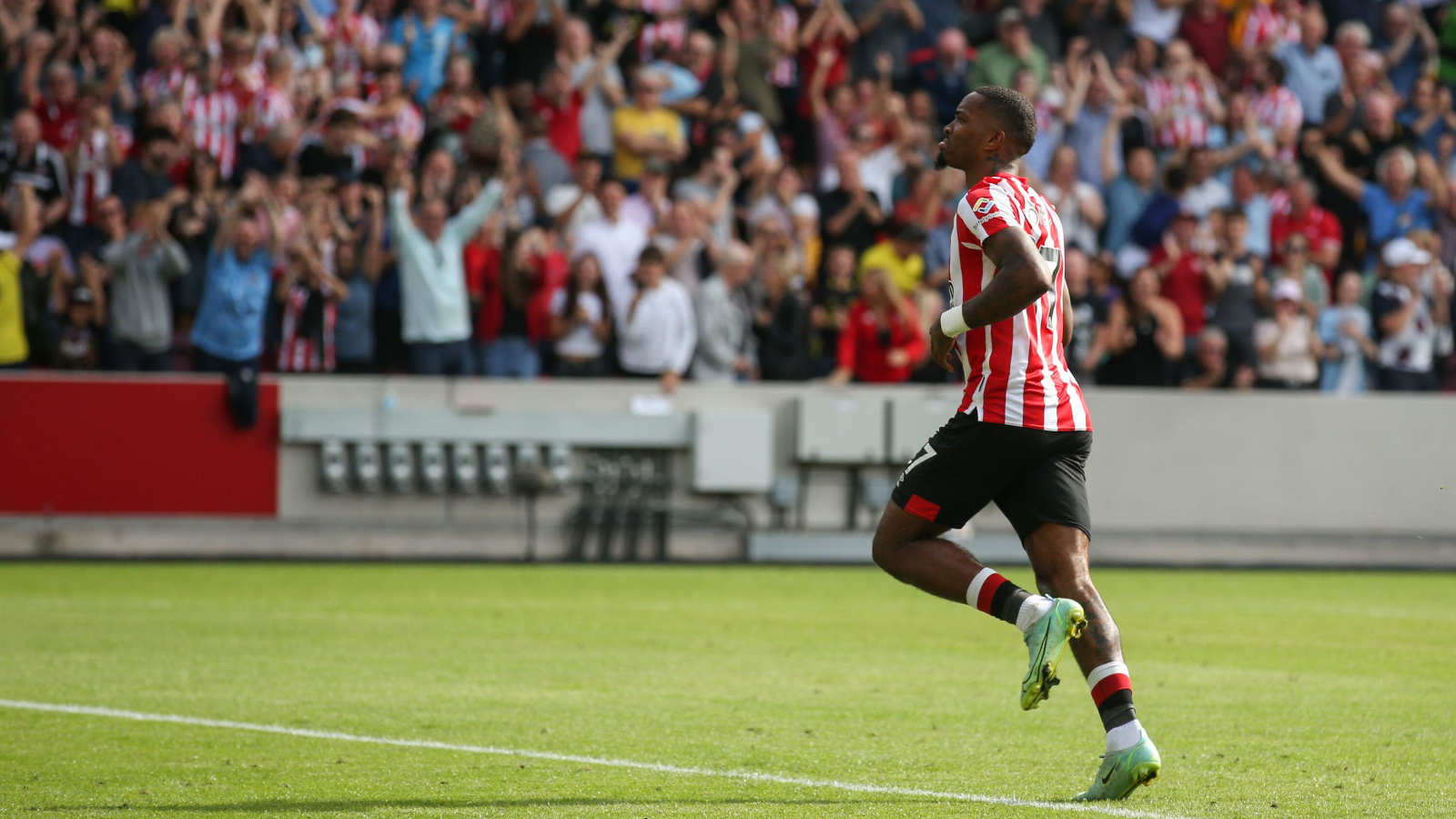 England could do with a shot of adrenaline up front, and Ivan Toney could be the answer for a team whose forwards have been struggling.

If watching the England men’s team can feel like watching a soap opera, the last series ended on a cliff-hanger. Four matches in the Nations League ended in two draws and two losses, culminating in a 4-0 home defeat at the hands of Hungary. Doubts were raised over Gareth Southgate, with the faintly audible sound of a worm turning.

The team that had been a penalty shoot-out from becoming the champions of Europe felt like a long time ago as England trudged from the pitch against Hungary, but even that match feels like a long time ago now, and in a way perhaps it is. The next time England take to the pitch for a match, they’ll have different words to the national anthem. The women’s team are the champions of Europe.

England go into their international break in need of a shot in the arm, and one of the bigger problems is where their goals are going to come from beyond Harry Kane. Kane is in as fine a fettle as ever, with five goals from his first six games of the Premier League season, but beyond him it all gets a little bit more unclear.

Of the seven forward players in the squad for the Nations League matches, only Kane has scored more than a goal every other game this season so far in the Premier League, and if goal-scoring is a confidence game, they run the risk of becoming over-reliant on this one player for their goals. Because few of England’s other players are scoring many at the moment.

Raheem Sterling has scored three in six for Chelsea and Tammy Abraham has scored two in six for Roma. Bukayo Saka, Jack Grealish, Phil Foden and Jarrod Bowen have only scored two between them. But not all forward players are strikers, and Sterling, Saka, Grealish and Foden all fall into this category.

But Bowen has failed to score in his first six matches of the season, with West Ham United labouring close to the bottom of the Premier League, and Abraham has hardly been tearing things up in Italy. So where might another goal threat come from? Well, Marcus Rashford is an obvious suggestion, considering that he seems to have recovered something of his joie de vivre on the pitch for Manchester United under Erik ten Hag, and may well get a chance in the forthcoming international break.

Rashford and Sterling are two of just four English players to have scored at least three Premier League goals this season, Of the other two, Harry Kane is already on his way to the Middle East barring some calamitous injury – and it’s not difficult to imagine them trying to wheel him out onto the pitch in a full body cast even if that did happen – and is the joint top-scoring English player in the Premier League after six matches, with the other place occupied by a player who remains overlooked at international level.

It’s difficult to see what the continuing justification for leaving Ivan Toney out of the England squad might be. Not only has Toney matched Harry Kane’s five goals in his first six Premier League matches of the season, but he’s done so at a club that was at risk of Second Season Syndrome, and with a sense of style which suggests that his confidence couldn’t be much higher.

His season started a little slowly – he wasn’t among the scorers in Brentford’s 4-0 win against Manchester United in August – but he’s been gathering up a head of steam, culminating in a hat-trick against Leeds United in his last game before the international break. And this isn’t recency bias; Toney scored 12 Premier League goals last season, and over the course of Brentford’s previous two promotion seasons he scored 59 goals in all competitions.

He’s proved and proved that he’s capable and, having turned down a call-up request from Jamaica in March 2021 because he wanted to play for England, he clearly believes himself to be. And on top of all of this, the Brentford manager Thomas Frank has described Toney as ‘the best penalty taker in the world’, and if England don’t need more of those heading into a World Cup finals, when will they?

Of course, this isn’t the only headache that Gareth Southgate faces at the moment. The Nations League matches demonstrated deficiencies at both ends of the pitch. Does it amount to something approximating animal cruelty to select Harry Maguire when his descent into a meme  continues apace? Can Trent Alexander-Arnold recover some of his poise away from whatever is happening to Liverpool? At least all three of his goalkeepers from the start of the summer – Jordan Pickford, Nick Pope and Aaron Ramsdale – have all been in decent form so far this season.

It remains to be seen whether England’s poor showing in the summer Nations League matches was nothing more than a reaction to the end of an extremely testing season, a series of matches that nobody seemed particularly enthused to be playing. It is fair to say that the last two or three seasons have been extraordinarily punishing for players, and with the Champions League final stretching into June and the Nations League matches only starting shortly afterwards, it’s not difficult to see how players may have been past the point of burnout by the time these fixtures came about. It’s also worth bearing in mind that England’s previous form throughout the 2021/22 – seven wins and two draws – was decent enough.

But the possibility that England could become over-reliant on their captain for goals is real, but there is a ready-made striker in excellent form who has surely done enough to earn his call-up, and games against Italy and Germany would be stiff tests. The new series of the England soap opera has a potential new star.