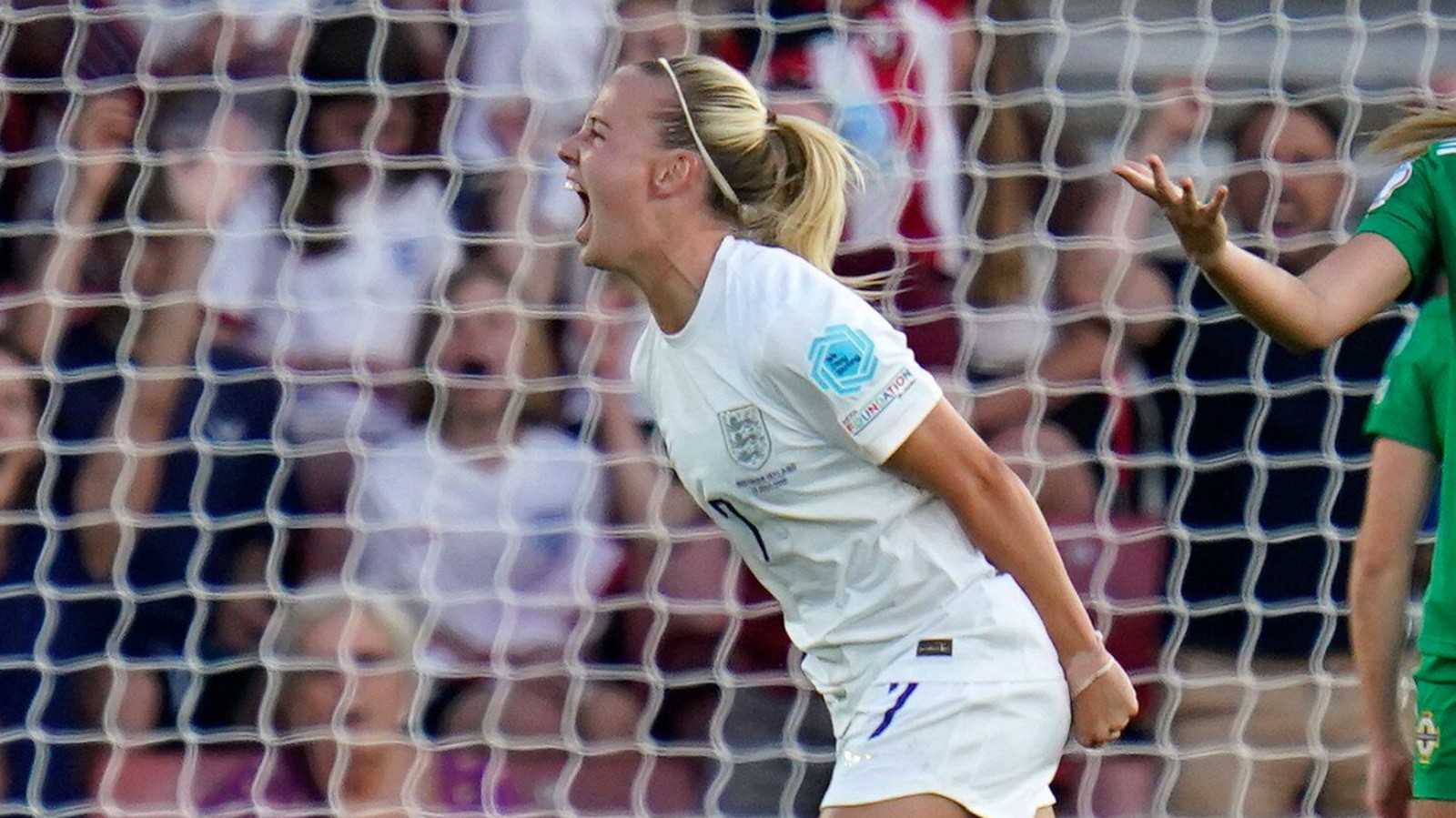 Beth Mead is in the form of her life for England and Arsenal. So much so that this might simply be her elite level of consistent performance.

Who’s this then?
Bethany Jane Mead is a 27-year-old, 5ft 4ins striker for Arsenal and England who scored a fantastic hat-trick against Norway at Euro 2022. She has also scored against Austria and Northern Ireland to lead the goal charts with five, with three assists thrown in for good measure.

Born in Hinderwell, Whitby, she joined Middlesbrough FC’s Centre Of Excellence at just 10 years of age and played as a 9. At just 16 she joined Sunderland and was immediately prolific, topping their goalscoring charts. Mick Mulhern was the coach responsible for developing internationals such as Lucy Bronze, Jill Scott, Demi Stokes, Steph Houghton, Jordan Nobbs and Carly Telford.

She netted 77 goals in 78 games playing as an out-and-out striker. All the while she was a student at Teesside University, getting a degree in Sports Development; she remains a great advocate for female footballers combining the game with academic studies. The ‘Beth Mead Scholarships’ provide bursaries to enable four promising players to enrol for undergraduate or postgraduate courses at Teesside University.

Here was a new striking star, so much so that Arsenal signed her in January 2017 to be their new centre-forward. But while she finished the 2017/18 season as Arsenal’s top goal scorer and player of the season, the club signed Vivianne Miedema, one of the best players in the world, that summer. Beth was pushed out onto the right wing.

She’d been a centre-forward her whole career to that date so had to learn a whole new position. It’s to her credit that she absolutely did that so successfully that she topped the assist and chance creation charts for the club.

After signing a new long-term contract in 2019, early in 2020 she suffered major knee knack which meant she missed out playing for England at the 2020 SheBelieves Cup, one of the worst-titled competitions of all time.

In 2022 she won Arsenal player of the season as voted by the Arsenal Women’s Supporters Club by a country mile. Her 11 goals and nine assists was a huge improvement on the previous two seasons. She started every game and was axiomatic to how the team played. On top of this, manager Jonas Eidevall has worked on getting her into more central positions rather than being out on the right. He has also promoted a more counter-pressing game and that has played to Mead’s strengths as a fast runner, combined with an increasingly aggressive attitude that has made her far more dangerous.

From 2018, she has been playing for England but found it hard to tie down a regular place. Phil Neville once said of her: “Beth’s the nicest kid but she’s the one player I’ve given a massive rocket to.” The “kid” was in her mid-20s at the time!

But 2021 was a bad time for Mead who was used as a full-back by interim England coach Hege Riise, who clearly didn’t fancy her at all. It left her feeling bitter and she admitted to playing “angry” for Arsenal and England at that time.

However, with the arrival of Sarina Wiegman as England coach, everything has changed. A notoriously good people person, who invests her teams with a great spirit and togetherness, Beth confirms “she has given me a lot of confidence and freedom; I understand what’s expected of me a lot more than in the past.”

She’s already scored 11 goals in 10 games for her country this season and her dominant performance against Norway showed the world just what a great player she is.

Only three women have scored 5+ goals for England at a single major tournament:

Why the love?
The first thing to note about how she plays the game is that she has great close control of the ball and a tight turning circle. This allows her to make great use of the ball even when being pressed hard. She can also hit a bangin’ donk of a free kick.

I think she’s been a confidence player. When on form and feeling good, she is ambitious and adventurous. Doesn’t take the easy route all the time and takes chances. This season has seen her score 12 times for Arsenal and 11 for England; most of these goals have been a combination of that excellent first touch and quickness of thought.

However, as she’s got older, there seems to have been real grit added to her game, perhaps born out of the adversity she suffered when left out of the Olympic team. She was regarded by Mark Sampson, the now disgraced former England manager, as not working hard enough, not being athletic enough, not being a team player. Neville also thought she was too nice.

If those judgements were ever true – and I think we have to take some of it with a pinch of salt because both men were hardly the most perceptive – it certainly doesn’t stand in 2022. She has become a relentless player, as important in counter-attacking as in taking the game to opponents.

She’s always been a great finisher since her days at Sunderland when she scored so many goals. When she’s one-on-one with the keeper, that old instinct kicks in immediately and you never doubt she’s going to score.

‘Beth arrived at Arsenal having scored 77 goals in 78 games for Sunderland as a centre-forward. Vivianne Miedema was signed six months later and Beth found herself on the wing. She adapted really strongly but she lost a little bit of her devil in front of goal. I interviewed her in December 2020 shortly after her 100th Arsenal appearance and she admitted to me that she prioritised her assists tally over her goals tally.

‘The message since Jonas Eidevall came in last season has been clear: you need to do both. A mixture of being omitted from Team GB for the Olympics last summer and Arsenal signing Nikita Parris and Tobin Heath lit a fire under Beth. She has always been a gifted player but, truthfully, she has flitted in and out of form. Last season she was excellent from the first game to the last and she has become far more ruthless in front of goal. Jonas Eidevall was asked about her form at the beginning of last season and he said ‘I tell Beth that you will know you are in a good way when people stop talking about you being in good form and just expect you to be at that level all the time.”

The hat-trick against Norway encapsulated her talent perfectly: a well-placed header, a mazy dribble (watch how cleverly she shifts her weight) and a rebound tap-in. That is basically your complete striker.

Against Northern Ireland she was relentless and didn’t ease up on the opponents until the final whistle, constantly probing, attacking on the left and right, swapping wings with Lauren Hemp. It must be exhausting to have to defend against her.

All of that aside, the open-faced unrestrained joy when she scores is simply very lovely and infectious and impossible not to love.

Those three goals in the 8-0 thrashing:

Player of the Month form:

Future days?
The next couple of weeks could be the most incredible of Beth’s career so far. If England win the Euros it will make heroes of the whole squad. But even if that doesn’t happen, it’s important to understand that the next World Cup is next summer (actually winter in Australia and New Zealand) and the next Euros is in 2025. Beth can be part of England’s campaign for both. So there are more big days and big games ahead.

Looking at her career to date, she’s had her ups and downs but it is clear that her game is developing and improving as the years pass. It seems more than likely that she will continue to be an important player for club and country. Certainly the summer of ’22 is already turning out to be a memorable one for Beth as she finds her best form and is living her best life.