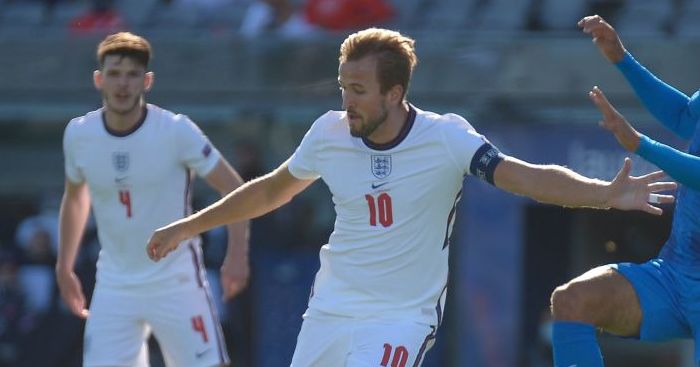 The full England kit could cost up to £190, and will soon be discarded for the new one next year. The FA should make it special.

When you think of every classic England heart-wrenching, blood-pumping moment, what do you think of?

Whether it’s Geoff Hurst’s hat-trick, Bobby Moore’s tackle on Pele, Italia ’90 penalty misses, Gazza’s outstretched leg in Euro ’96 or the penalty shoot-out v Colombia, what we all see first and foremost in our mind’s eyes is the strip they played in. It is inseparable from the action, indivisible from history itself. Glory or heartache, they are a fundamental part of the experience and of the lived history. They are not mere sports clothing; they are far greater than that. But the FA treats them like they’re so much tat from one of Mike Ashley’s emporiums to polyester, robbery and desperation. It shouldn’t be like this.

If you were watching England struggling to overcome Iceland, you would have been witnessing the launch of yet another new Three Lions kit. There is one, home and away, pretty much every year in a 12-year deal the FA has with Nike.

The publicity blurb says: “England’s 2020 collection feeds off the growing harmony between an exciting young squad and a passionate fan base fully mobilised behind the team. The range captures this spirit through the use of bespoke graphic prints which depict a ‘community of lions’ – players and fans together, united in sharing a dream.”

OK, Mr Cocaine. If you say so.

For all these fine words, in practice the shirt is just another soon disposed of piece of over-marketed, under-valued sportswear.

The England shirt, like any national shirt, should be treated as special. It shouldn’t be treated like it’s just another item in the polyester blizzard that is released onto the market every year by clubs and countries.

It is special because it is an emblem of the country. It isn’t a product being sold by a club to help support its business – though they don’t really make big clubs significant money compared to the sponsorship deals plastered all over it.

But the FA isn’t a normal business. It is, at least notionally, a non-profit organisation which distributes monies earned through the local branches for local investment. As such it should be conducting its business on a different basis when it comes to selling their major asset: the shirt.

But it doesn’t do anything of the sort. They wholesale the England shirt to anyone and everyone who wants to sell it. It is making money for Mike Ashley via Sports Direct. It is in every sports shop, every retail park warehouse and all at the same price, which in itself may suggest some sort of informal price-fixing which, if true, would be very naughty indeed.

If you want the official strip, as opposed to the knock-off strips sometimes allegedly made in the same factory, along with ‘the unforgeable official tag’, retailing for a third of the price on a market stall near you, the ‘cheap’ version of the home and away shirts costs £69.95, the shorts £34.95 and the socks £15.95

If you want the ‘Vapor’ (don’t ask) kit, that’s £55 extra, please. £30 more per shirt and £25 more for the shorts. Kids versions are not much cheaper. If you want a name and number, that adds £15 whether you’re getting Rose, Bronze or Alexander-Arnold. You could end up paying anything from £120 to around £190 for the full thing. Funny how cheap expensive things can look, isn’t it?

Perhaps the FA could sell an official England handkerchief for wiping away your children’s tears when you tell them you can’t afford the new kit that is being marketed so vigorously to them, via some of the most wooden, unimaginative photos of players you can imagine. You’d think they’d put a bit of art into it, wouldn’t you?

At least if we knew we were not putting profit into the coffers of the sportswear magnates of the world we could shell out the money with a feeling of virtuousness. At least the money would be going to the FA and would benefit the game. And on their website, the FA assures us this is the case.

“When you shop directly at the England Store, you are helping to fund grassroots football, up and down the country – so you can give a little back with every purchase.”

So how much of every sale from their website does indeed go to grassroots football? It doesn’t clearly say. It might be information that is available somewhere, but it certainly isn’t obvious. Why wouldn’t it be the headline? The FA are the custodians of the game, so why wouldn’t there be a page on their website which tells us exactly how much of each sale of each item goes to the FA and what they do with that money? They must know. That’s a good news story waiting to happen, surely?

This is just a guess, but that this doesn’t exist suggests strongly that however much it is, they feel we will not consider it very much at all and that’s why they’re reluctant to trumpet it. Much of the income per sale will be absorbed by retailer mark-up (likely to be the largest %), VAT, distribution, shipping and manufacturing costs.

Not much is given away about the England clothing. These new shirts are made from recycled polyester which, even though they will still end up in landfill for up to 200 years before decomposing, is at least a nice green development. They are stated as being ‘Imported’ but where from isn’t made clear. And that’s about it.

Who made them, where, for how much and under what conditions? No-one is saying clearly. This is never a good sign because if all the answers to those questions were positive, they’d be shouted about. Previous kits have been made in Bangladesh, Indonesia and Bulgaria and have attracted criticism for the working conditions that they have emerged from.

It would be nice, indeed, it should be legally mandated for us to be told where the kits that represent our country are made, under what conditions and for how much. It isn’t too much to ask. It would take half an hour to write it up and publish it on the FA website.

The England online store has been franchised out to Fanatics International in Manchester. If they were the FA’s sole retailer of England merchandise, and in doing so turned the England shirt into a truly premium product, not merely a product with a premium price, it would be a huge success. The price could be much lower because the shirts wouldn’t have to be sold wholesale and then marked up. The retailer who buys in at production cost has the most price flexibility. That’s what the FA should be doing, not selling them into every sports and department store in the country.

It could be something to be properly proud of and not just the latest product in the ceaseless churn. By streamlining the operation, they could sell them directly to the public at half the price they sell them for now and probably sell twice as many. Everyone wins.

There’s no doubt the FA has generated substantial money via the 12-year merchandise deal with Nike and well done to them for that, but that’s not a reason to drive the product downmarket so it looks like any other bit of white or blue polyester sports or leisurewear. And that’s what it looks like at the moment. It would make commercial sense to do the exact opposite and make the England shirt an upscale product, but one that is within the price range of most. Concentrate on the real value of the shirt: as an icon of the national game, setting high standards in doing so.

Stop bringing out a new version every year and give each shirt time to ascend to its own iconographical status, not just binned off in the discount section within a couple of years or less.

By treating the national shirt like so much dodgy sportswear, the FA are doing us all a disservice and are simply not exploiting their greatest asset to widest effect. And that makes no sense at all.

Players come and go; results and tournaments come and go; supporters come and go. Everything in football is transient, except the shirt. The shirt is, in reality, what we’re actually supporting. So stop messing around with it and make it special.