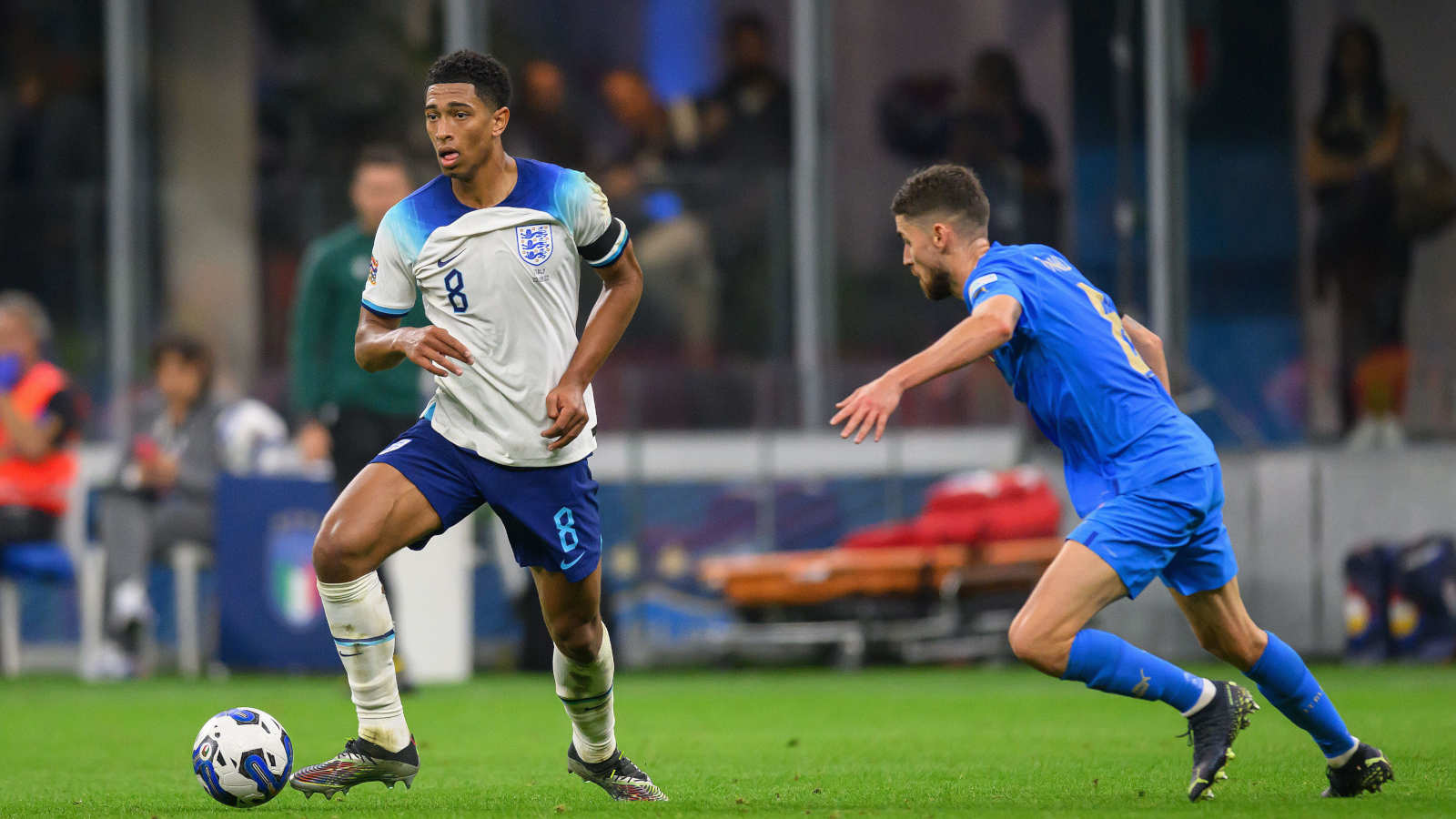 England play Germany in a bad mood and with knives drawn for manager Gareth Southgate. It’s almost as though his detractors are enjoying it.

So it turned out that England didn’t get the mood-setter they needed against Italy. That they lost this match shouldn’t have been that much of a surprise; England have only beaten Italy twice in 17 games over the last 45 years – a 2-1 win at Wembley a decade ago and a 2-0 win in Nantes at Le Tournoi, in 1997 – so to expect a win in Milan may have been a little on the optimistic side.

But there does come a point at which an expectation becomes a demand, and the menacing air that accompanies England has transferred itself onto Gareth Southgate since results stopped going their way. England are now five matches without a win, and it’s reasonable to say that knives have started to be pulled for the manager.

It feels like sections of the England support and the media are back in their comfort zone. For all the positive talk about Southgate’s team between 2018 and 2021, there was a substantial group who couldn’t wait for things to start going a little wrong, who’ve been preparing their lines for the last few years and are now ready to roll them out.

This talk should run into a brick wall as soon as England’s record within those three years is mentioned, but no…reaching the semi-finals of the World Cup and the Nations League can be safely dismissed because they had a ‘lucky draw’.

The Euro 2020 defeat, despite some excellent results on the way to the final, can also be dismissed because it ended in a loss, albeit it on penalty kicks at the end of the match. It’s a curious line of reasoning, that winning in knockout football can be dismissed because the draw wasn’t unkind enough, especially when those making that argument can often be the same people who crow the loudest when that sort of draw is made in the first place.

As such, the forthcoming Nations League match against Germany is infused with even more narrative than it might already have had. Never mind that this is already a dead rubber of a match; Germany cannot qualify for the finals of the tournament even with a win, while England have already been relegated. For fans of the Nations League (which we’re certain definitely exist), the big game comes in Budapest, where Hungary need only a draw to win the group while Italy need a win.

But even with its dead rubber status, England vs Germany matters; for England, at least. You may have to be of close to a pensionable age to be able to remember Bobby Moore lifting the Jules Rimet Trophy in 1966, but the shadow of that match has been cast long over international football in this country.

The penalty shoot-outs of 1990 and 1996 offered a revenge narrative that has never been fully satiated and certainly won’t be in a Nations League match of little to no consequence. Winning 5-1 in Munich in a 2001 World Cup qualifier didn’t do it. Getting their buttocks handed to them on a silver salver in Bloemfontain in 2010 certainly didn’t. Even beating them at Wembley in the second round of Euro 2020 doesn’t seem to have quelled that strange inferiority/superiority complex that the English have when it comes to this particular country.

It’s not difficult to see how this second group match ends. Rain clouds are already gathered over London, and it’s not difficult to imagine how they turn to storm clouds, with the players trudging from the pitch with a cacophony of booing ringing in their ears. Just the send-off they need for a World Cup that many people were viewing with some optimism until relatively recently.

Yet this affliction doesn’t only seem to apply to England. Germany were beaten at home by Hungary on Friday night. Spain were beaten at home by Switzerland. Turkey lost to the Faroe Islands. Belgium were beaten by the Netherlands. Even France, the second favourites to win the World Cup behind Brazil, were beaten by Denmark on Sunday night. It could even be that this round of international matches seems just as unwelcome to players who had been focussing on their domestic leagues and European club competitions as those played in the first two weeks of June.

None of this is to say that England don’t have significant issues at the moment. They haven’t won in their last five matches and haven’t scored a goal from open play in almost six months. There are questions to be asked about whether it is wise to play such a conservative formation – it is notable that Raheem Sterling has called the England defence ‘five at the back’ rather than ‘three at the back’ – when it’s causing a clear issue with the pretty fundamental job of scoring goals.

It certainly seems like a fairly rash decision for the FA to have agreed a two-year extension to Southgate’s contract in November last year, when his previous one was due to expire after the World Cup anyway. As things stand, there remains a fin de siecle feel about this England iteration, as though the team of 2018 to 2021 has passed its peak and needs regeneration.

The players are certainly there to do it – there remains a core of excellent young players around which a new team could be fashioned – but who is the right person for the job? And if it isn’t Gareth Southgate, then why was he given an extension to his contract for a further two years? These are fair questions, but they certainly aren’t questions that Southgate needs to answer.

History may well come to look upon the years between 2018 and 2021 as an outlier, a brief period when the England team were blessed with a group of players who could mesh together and received a couple of draws which enabled them to get to the latter stages of tournaments before a familiar cycle of expectation and disappointment came to reassert itself.

England seem to be sliding back into a familiar pattern of disappointment and vituperation. Just in time for a World Cup finals, the culture surrounding the national team is firmly back in its comfort zone.