Home F365 Says Whisper it, but England are looking good for the WEuros 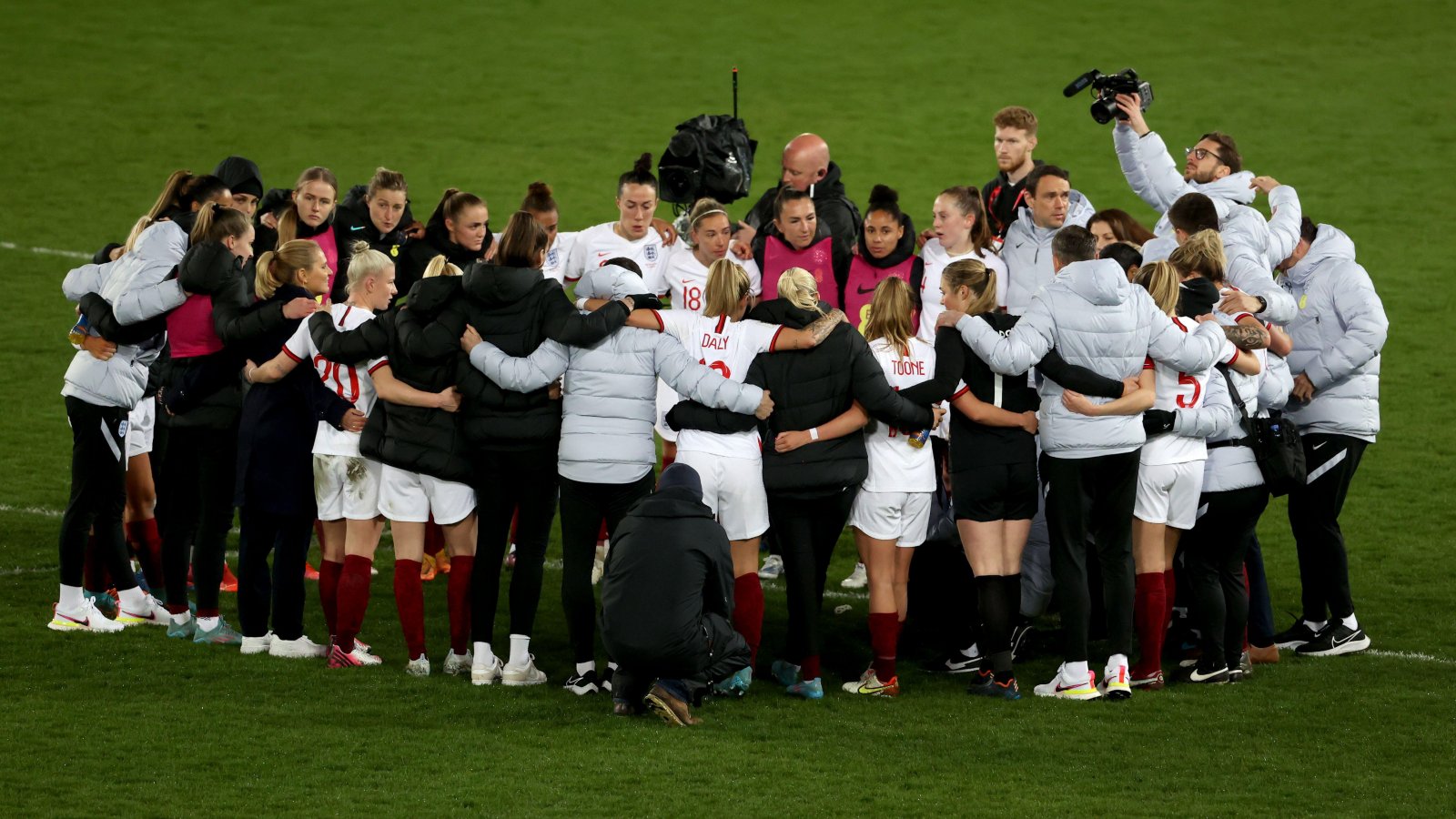 Sarina Wiegman inherited a relative rabble as England Women manager, but has moulded an excellent team ahead of this summer’s home Euros.

Let’s not get carried away. Let’s all stay calm, measured and with two feet planted firmly on the ground.

Say it very quietly, but there’s a Euros kicking off on home soil in less than three months – and England look quite good.

The Lionesses played their final two competitive fixtures before starting their Euro 2022 campaign at Old Trafford on July 6, signing off with a pair of confident – if expected – victories over North Macedonia and Northern Ireland.

England look like a team. That does seem like quite a low bar for a professional football side, admittedly, but a little over two years ago at the 2020 SheBelieves Cup, the Lionesses appeared disjointed, disheartened and devoid of ideas. You dreaded to think how Team GB would shape up that summer if England were already struggling to look like a team without the potential introduction of three other nations.

In the space of just 11 fixtures, eight months and five international camps, Sarina Wiegman has moulded a fluid, well-drilled team who look bold in possession and have eradicated the defensive mistakes that had plagued previous regimes.

“What I want to see is a team that people can tell collaborate well in possession, out of possession and really want to work hard for each other,” Wiegman said. “Hopefully people will see an energetic, unpredictable team, and lots of team work is shown.”

The Lionesses boss played Leah Williamson and Keira Walsh in a midfield double pivot in two of the fixtures, offering England more defensive stability in the middle and allowing the latter’s passing range to shine.

Against Spain, she stifled the opponents’ revered midfield three by stacking the middle full of energy via Georgia Stanway, Jill Scott and Jordan Nobbs, who disrupted La Roja with their relentless harrying.

Watching England v Northern Ireland and nothing is better than the crowds at women's games. Always a mix of generations and kids getting to enjoy live football. Basically no dicks ruining it.

“This team has many players that I could bring out to start, so we have hard choices to make,” Wiegman added. “But we also know we can change the game with players bringing in and coming out if we would like to change something tactically or get different energy in the game.”

Wiegman faced calls to shuffle the pack for the recent World Cup qualifiers, but stuck with a near identical squad to the one she called up in February – understandable given she will want to maximise the limited time she has with the players she plans to take to the Euros ahead of the summer.

England’s path to Euros success will not be straightforward. Their tricky group fixture against Norway just got a whole lot tougher with Ada Hegerberg back in the fold, while Spain or Germany – both pre-tournament favourites – look likely quarter-final opponents.

A lack of ruthlessness is the one major sticking point that could threaten to trip England up. Chances went begging in the first half against Northern Ireland, while Ellen White has just three WSL goals this season. However, the Manchester City striker has a recent habit of coming alive at major tournaments, netting six times at the 2019 World Cup and Tokyo Olympics. Alessia Russo and Beth England will be waiting in the wings if White cannot recapture her usual big occasion form.

Against Northern Ireland, England upped the ruthlessness in the second period, in part thanks to Wiegman’s small tactical switch at half-time. Lauren Hemp swapped the left flank for the right, and was in the thick of the action as the Lionesses added four second-half goals. Nothing seems to faze the Manchester City winger, which bodes well for a home Euros.

Anyway, we’re absolutely not getting carried away.