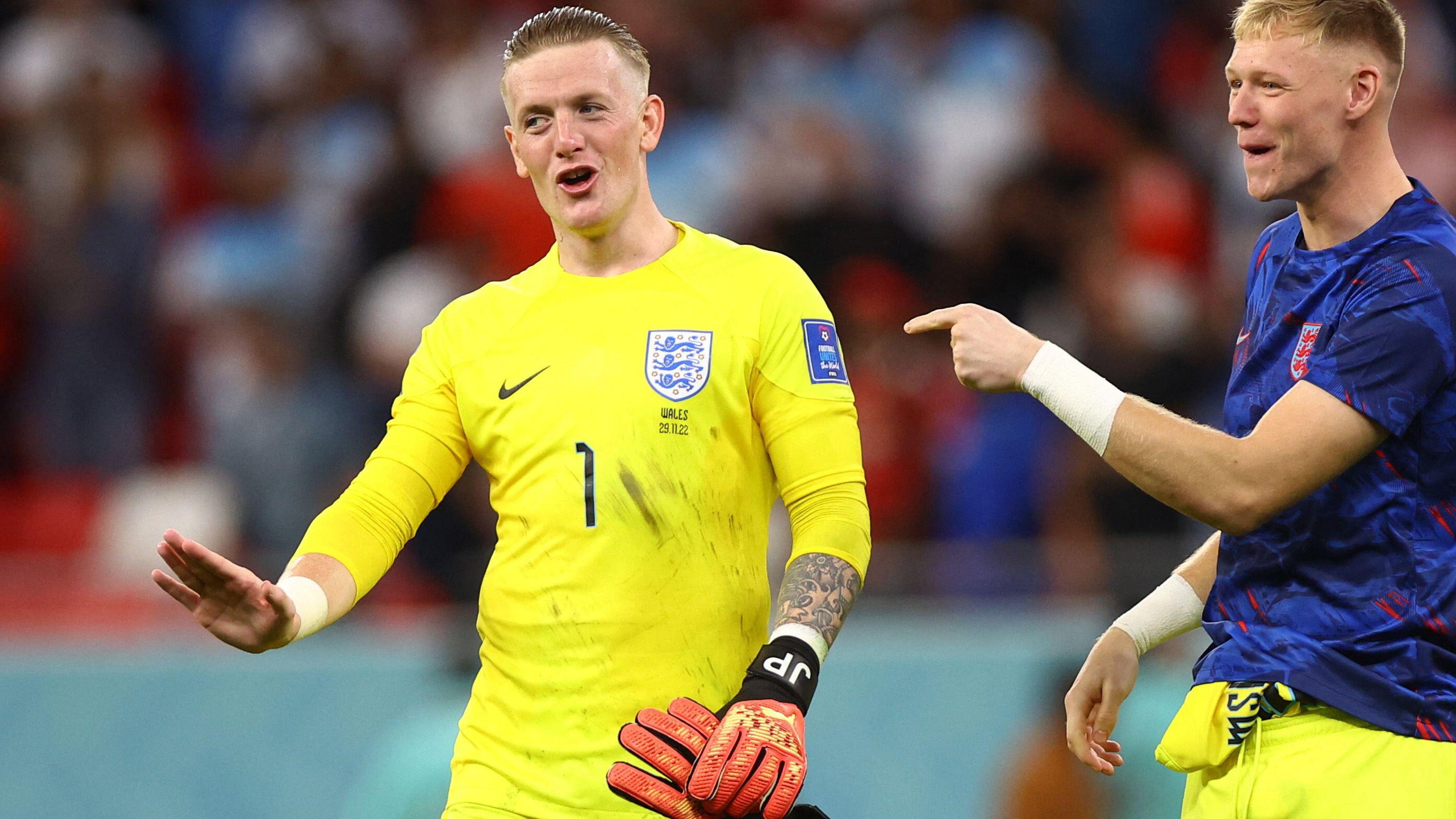 Jordan Pickford will win his 50th cap against France when he could equal England’s clean sheet record at major tournaments. It’s time to recognise him for what he is…

Jordan Pickford will reach a half-century of caps when he walks out to keep England’s goal against France on Saturday night. Not bad for a wee lad with dodgy feet, short arms and a shorter attention span.

All of those criticisms have been levelled against Gareth Southgate’s No.1 – even prior to this World Cup, his third major tournament as the Three Lions’ first choice. But only Peter Shilton has more clean sheets at World Cups or European Championships, and Pickford can draw level on 10 if he succeeds in shutting out Kylian Mbappe and his mates in the quarter-final in Qatar.

After four-and-a-half years as undisputed No.1, surely now is the time to recognise Pickford for what he is: an always reliable, occasionally brilliant last line of defence and a top-class first line of attack.

That second facet to his game is often stated as one of the reasons Southgate places so much faith in the mitted Mackem. For England, certainly more than Everton, Pickford can dictate the tempo by breaking lines with his passing, off the deck or from his hands.

The latest evidence of that came in the last game against Senegal. The Three Lions tried to play out and through the thirds, with Pickford bouncing it around his backline, but when it became evident that Senegal were blocking their way out, the keeper had no trouble adapting to a different range. These were not simply hopeful hoiks in the general direction of a white shirt; Pickford’s progressive passing distance was 836 yards – over three hundred yards more than John Stones, England’s next highest player in that particular metric.

Such range of distribution is crucial for the modern goalkeeper – for some coaches, it’s more important than anything else. The debate will rage over the desired skillset in a No.1 but more than ever, it’s all a matter a taste. Ideally, you get yourself a goalkeeper who can do it all, which is precisely what Southgate has done.

In terms of the more traditional aspects of his job, Pickford is among the best around. He might not have Thibaut Courtois’ height, as the sensitive Belgium stopper sought to highlight in 2018, but what he lacks in inches, he more than makes up for in agility and speed. We’ve seen it over three tournaments for England, and though he hasn’t been overworked in Qatar, he has made brilliant saves against Iran and Senegal, retaining parity for his side when they were wobbling through a nervy first half-hour of the latter game.

So why is there still a perception of Pickford as a liability?

There was a time, around 2020 when perhaps he was – for Everton, at least. Pickford went through the kind of spell all goalkeepers endure at some point in their career, when nothing sticks and mistakes are frequent. But he never took that form into the international setting and that period soon passed. Were it not for their keeper last season, Everton would be playing Championship football this term, and Pickford has carried that form through this campaign to the World Cup.

Perhaps Pickford’s personality doesn’t help him shake that misguided perception. He has been pinned as a ‘daft puppy’ on these pages before and his attention-grabbing, all-action style isn’t to all tastes. Many of his movements – before, during and after his actions – can appear exaggerated, and that grates with some people who prefer their keepers to be seen or heard only when absolutely necessary. For some pundits, a prominent goalkeeper is a problem because they can’t be ignored like those who don’t make a fuss. And that’s when their own ignorance towards the position comes to the fore.

Pickford has calmed down and learned to cope better with the inactivity and isolation that comes as part of the job. He had to. His adrenaline-junkie, get the rave on approach wasn’t compatible with the longevity he sought as England’s No.1.

His predecessor, Joe Hart, looked secure in England’s sticks until suddenly he wasn’t. The same was true of Paul Robinson. Both were seen as the Three Lions’ long-term No.1 before their form and standing plummeted. Perhaps the persistent scrutiny and doubts over his quality among the wider public outside the England camp have kept him alert to the pitfalls that befell the likes of Hart and Robinson.

But upon his 50th cap, those critics must now acknowledge the quality and, ironically, calm that Pickford has brought to the England goal, behind a defence that is also widely viewed as a weakness. None of his contemporaries have been flawless through their careers at the very top – Alisson, arguably the best in the world, was a shambles through parts of last season – but they haven’t been defined by those periods.

Pickford deserves the same grace and the recognition as England’s safest pair of hands and feet.