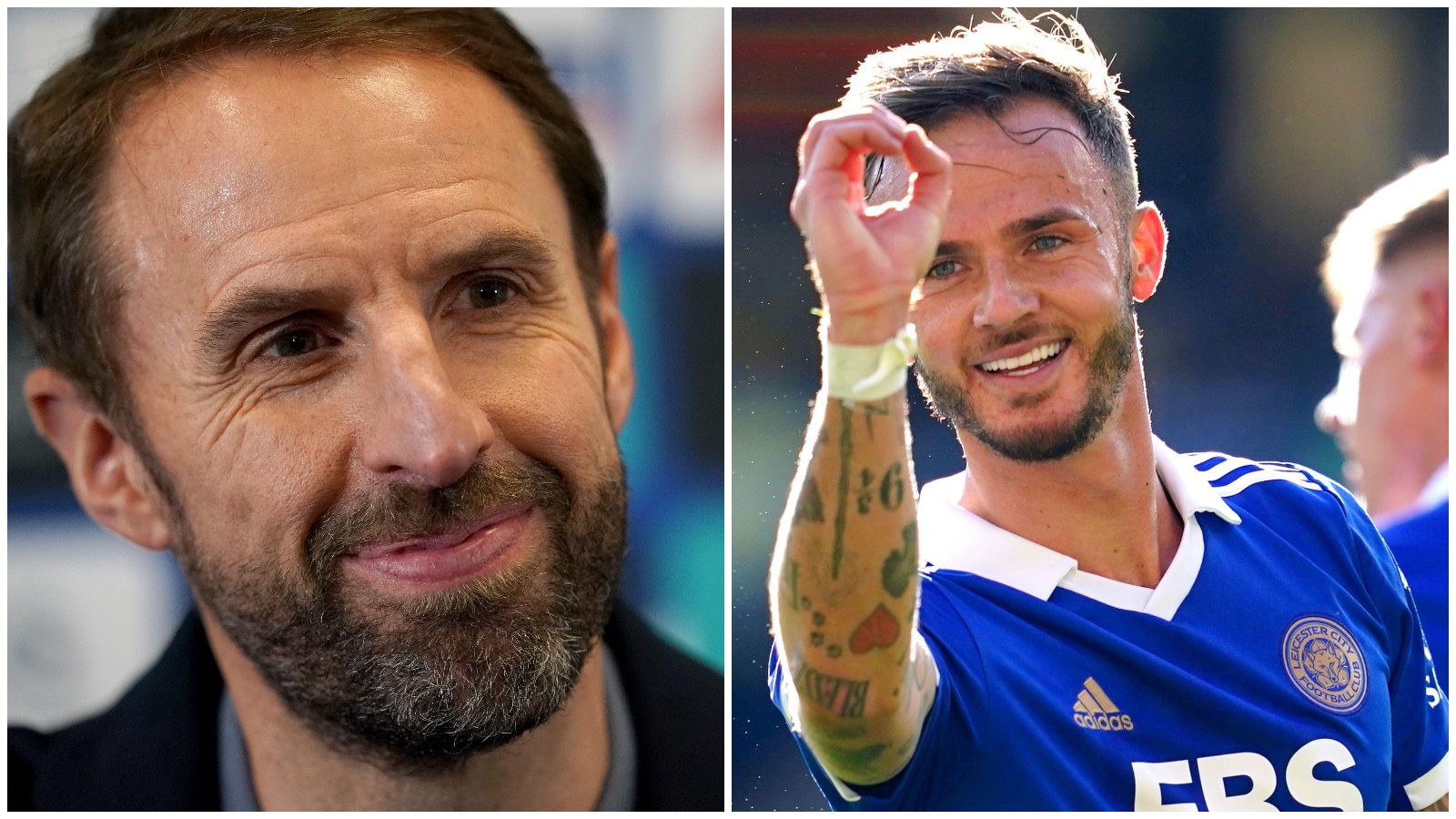 We thoroughly expected Gareth Southgate to stubbornly ignore James Maddison but his shock inclusion makes this England squad very hard to quibble with.

Full of surprises is our Gareth…

After six years, Southgate has gone rogue with his England squad for the World Cup. In it, against all expectation despite the clamour for his inclusion, is James Maddison.

This, we think, is a very welcome development, if slightly unsettling since it goes against pretty much everything we know about Southgate and what we have come to expect from the England boss.

Of course, because of his form with Leicester, Maddison deserves his place in the 26. The fact it is 26, not 23, perhaps emboldened Southgate to show some uncharacteristic zeal and impulsiveness to include the nation’s most in-form playmaker. With such strength in numbers, there is plenty of room to accommodate enough pragmatism for Southgate to stomach a wildcard.

Knowing Southgate as we thought we did, it is hard to imagine that Maddison is going as a passenger, one whose primary purpose in Qatar is to silence those lobbying for his inclusion. Indeed, the argument now shifts from his inclusion in the squad to the XI. So Southgate, presumably, has finally come around to the view that Maddison can offer something in the no.10 position that no-one else shoehorned in to the role could.

England have bundles of creativity in Jack Grealish, Phil Foden, Mason Mount and Raheem Sterling. But, as Southgate said after the last internationals before he picked his party, they all play in other positions for their clubs. In Maddison, whether from the start or, more likely, from the bench, the Three Lions have a string-puller, a maverick. Which makes the prospect of watching England in Qatar more exiting, if still conflicting.

Maddison’s inclusion has taken plenty of p*ss off the boil. There will be anger – there’s always anger – but only in pockets, centred mainly around Southampton, Crystal Palace and far away in Milan and Rome. James Ward-Prowse and Marc Guehi can feel aggrieved but satisfied they did everything they could to get on plane – similar can be said for Fikayo Tomori and Tammy Abraham. But just as easily as you can make the case for them to go, you could state a similarly-strong argument for why they shouldn’t. Jarrod Bowen, unfortunately, fluffed his chance by allowing his form to nosedive this season.

Ward-Prowse’s omission perhaps raises eyebrows higher than the others. The Saints skipper has been around Southgate’s squad for the last five years but, again, he misses out after his Euros heartbreak last year. Instead, Conor Gallagher goes to Qatar. Surprising? Yes. Shocking. No.

The other close calls are all tests of the manager’s judgement and Southgate ought to be trusted. He knows what Callum Wilson and Marcus Rashford can offer him and now both have recovered some form, fitness and, in Rashford’s case, some focus, each are straightforward choices, despite Abraham and Ivan Toney’s valiant efforts.

Southgate has always been very clear that form is only one of the factors he considers alongside a player’s previous contribution to his success as England boss  – which is fortunate for Harry Maguire.

Rightly or wrongly, the Manchester United captain was never at great risk of missing out owing to his status as one of the manager’s lieutenants, a rank also reserved for Kyle Walker and Kalvin Phillips, for whom Southgate is willing to gamble on their fitness. Reece James was ready to take a risk too, but the Chelsea defender does not enjoy the same status, so he continues his recovery from a knee injury at home.

There is no right or wrong answers in the question of selecting on form or favouritism. After six years in the job, and the success he has enjoyed, Southgate is entitled to perfect his own blend. We expected a blander, more beige offering and there are still obvious concerns, especially around the defence, but Maddison adds some much needed spice to a squad that looks tastier than we anticipated.