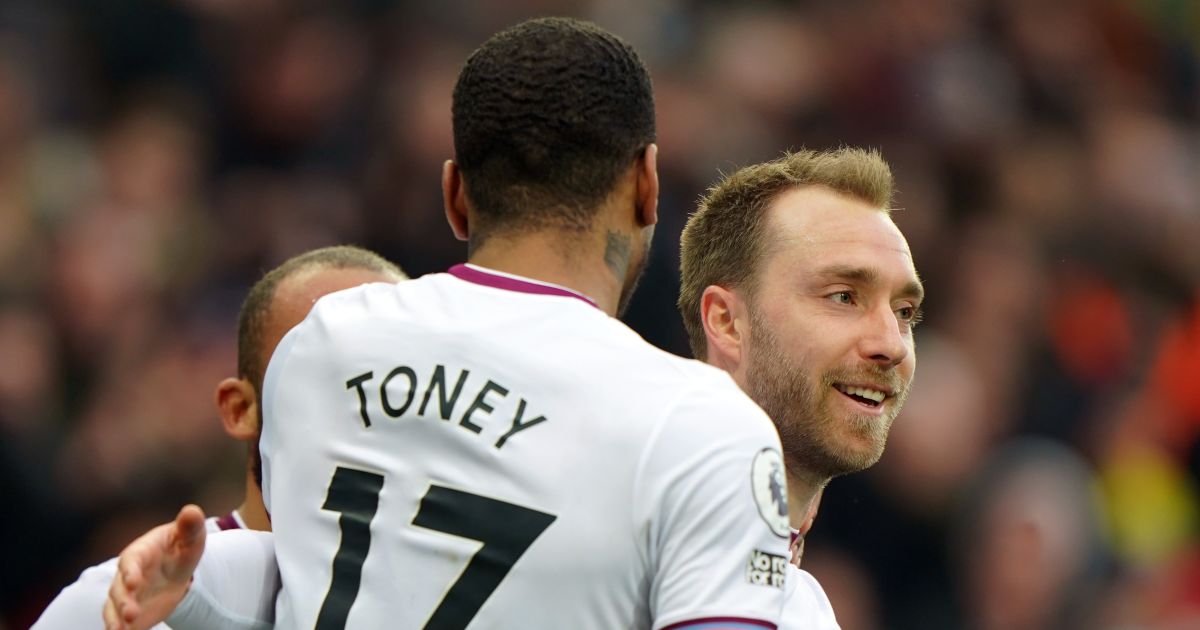 Players and managers can talk about taking things one game at a time and focusing only on things within their control but a) we all know they’re lying and b) nothing is within fans’ control so they can do what they want.

For Brentford fans, this always looked like being a significant weekend given the fixture list. The predictable improvement of Newcastle and slightly less expected upward momentum of Burnley had left Brentford among a clutch of seemingly safe yet inconveniently short of form clubs looking a bit nervous.

It all looks a bit less shaky now for Brentford, who had taken just a point from their previous eight games.

Top ten January transfer decisions that are already paying off

This wasn’t exactly a must-win game for the Bees, but it was always one that was going to make life a bit less stressful and likely to open a cushion on those around them. Newcastle, I think we can now say, are irrelevant to the relegation battlers. A clever January and a run of 16 points in six games – four more than accrued in the previous 20 – mean it’s now a question of how far they climb before whatever next season might bring, so their win over Brighton can be ignored.

But everyone else who does matter had a nasty looking game to deal with. Leeds have lost at Leicester. Burnley were thrashed by Chelsea. Watford face Arsenal tomorrow and Everton go to Spurs on Monday night.

A trip to Norwich is a glorious chance on any weekend, but even more so given that lot. Ivan Toney’s hat-trick, including a pair of second-half penalties given away by Ben Gibson, means Brentford are now back to a six-point cushion over the bottom three and in the worst-case scenario after the weekend is concluded the gap will be five.

A relegation fight that for so long looked like three from four including Newcastle now appears to be three from six that doesn’t, and having got themselves dragged into it Brentford have now at least managed to get themselves to the top of that particular mini-league.

Toney’s hat-trick, albeit spot-kick assisted, was more obvious good news on a perfect day for Brentford. It takes him to nine Premier League goals in his first top-flight season and makes a double-figure return appear a formality. It might not sound a lot, but we’ll come back to our favourite stat for these situations: Didier Drogba only scored managed more than 12 in a Premier League season twice in nine seasons for Chelsea; that he scored 20 and 29 in those two is neither here nor there.

Inevitably, though, the wider feelgood story for a world in desperate need of it was the sight of Christian Eriksen playing a full 90 minutes and being heavily involved in the first two Brentford goals. It’s a genuinely remarkable thing to see and even manages to take the heat out of a relegation six-pointer. Most notably, of course, in the instant viral sensation that was Brandon Williams being hauled down by the Dane and his initial anger giving way to a big cuddle upon discovering the identity of the opponent.

It’s a nice moment – a social winner for sure, no matter how quickly the powers that be try to crush it by racing around removing the videos because there’s money to be made – but also a strange one. Eriksen appeared to enjoy it all but at some point you have to imagine he’s going to want to start being treated just like any other player again. It’s a tricky one for everyone. Imagine being the player who breaks his leg. Even if the tackle was blameless. Never mind sacking Frank Lampard, that really would be like shooting Bambi.

Brentford fans may be relieved to be slightly freer to ponder such fripperies rather than the imminent peril of relegation. As for their Norwich counterparts, well they have been here plenty of times before and attention has long since turned to next year’s attempt to go through it all again.