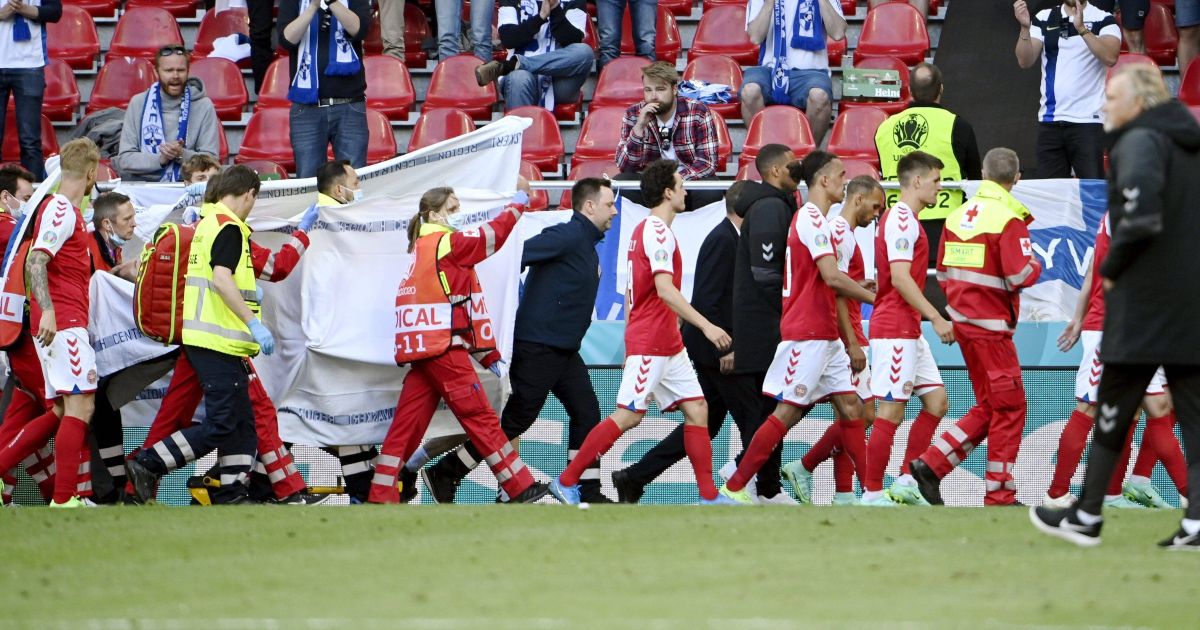 Christian Eriksen is alive and as well as anyone who watched him receive CPR at 5:45pm this afternoon could possibly have hoped. That Eriksen’s children will see their father again is all that matters tonight.

Beyond that, it is important too that the medics who rushed to Eriksen’s aid are recognised for their heroism. Their expertise and composure, all in a day’s work for these superheroes, saved a 29-year-old man’s life.

The Denmark players, Eriksen’s team-mates, also deserve all the acclaim heading their way. Simon Kjaer’s actions in putting Eriksen in the recovery position gave his friend the best possible chance of surviving whatever it was he endured. The defender, along with Kasper Schmeichel, helped to comfort Eriksen’s wife while her husband was receiving life-saving treatment. Balls of steel, these lads.

When it was confirmed that Eriksen was stable, the Denmark players are said to have been consulted over whether the European Championship Group B opener should be completed tonight. That they were restarting the match less than 90 minutes after Eriksen had been carried from the field indicates that their response was resounding.

Brave indeed. But they simply should never have been asked.

The Denmark players and staff – their Finland counterparts too – had just witnessed a team-mate linger between life and death. They formed a human shield to screen him from the world’s view which, inexplicably, remained as clear as ever. The protocols of the broadcasters certainly require some revision in the aftermath of what we all witnessed.

Some, like Kjaer and Schmeichel, switched into emergency mode. Others stood arm in arm with their team-mates, facing away from their stricken brother. More than one used a jersey to hide their tears.

Whoever thought these lads could respond rationally upon being asked an hour later if they want to play the remaining 49 minutes was wrong. Very wrong.

Following the request made by players of both teams, UEFA has agreed to restart the match between Denmark and Finland tonight at 20:30 CET (TBC).

The last four minutes of the first half will be played, there will then be a 5-minute half-time break followed by the second half.

The players and staff should never have been put in such a position. The grim situation required strong leadership, like Kjaer and Schmeichel displayed in form more horrifying circumstances, and for someone at UEFA or the Danish FA to give the players the rest of the night off without having to ponder whether they could play on.

Each individual is different but how can anyone expect all of these players to have been thinking rationally an hour after Eriksen had received chest compressions?

Some players perhaps possess have the mental fortitude to put it to the back of their minds and play on. Others may have been motivated by Eriksen’s update via Facetime to get back out there. Are we really expected to believe that every player and official who returned to the field in Copenhagen was comfortable in doing so? 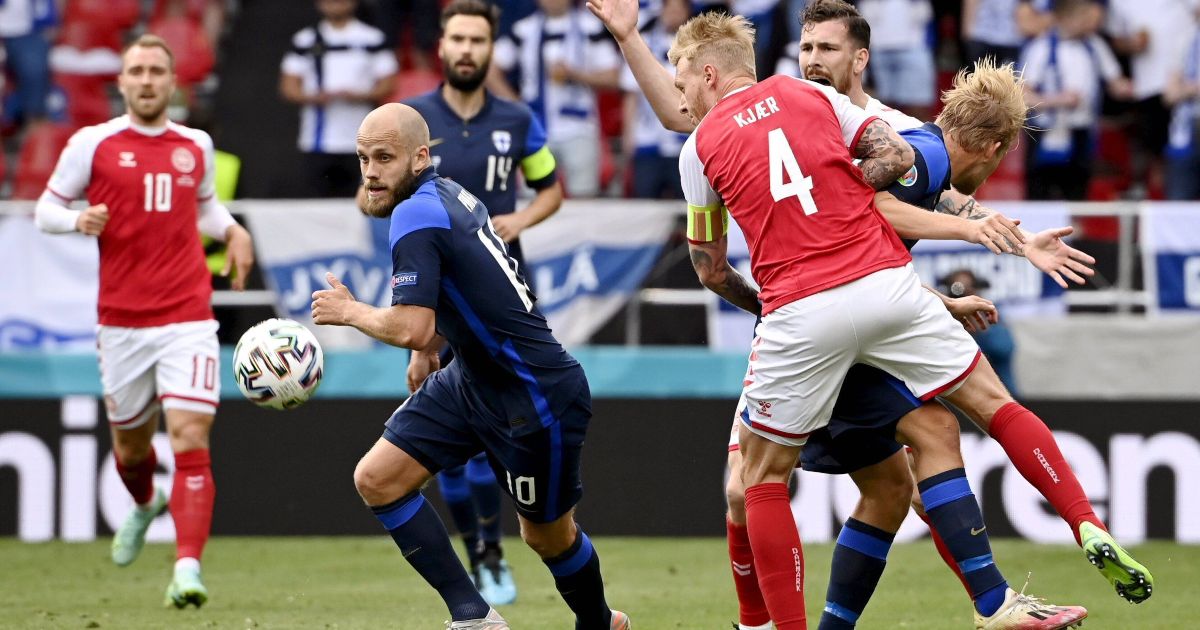 What followed was a ghoulish spectacle. “In normal circumstances, he saves that” was the BBC analysis of Schmeichel’s error which contributed to Finland’s goal. Similar was said of Pierre-Emile Hojbjerg after his penalty was saved by Lukas Hradecky. Why on earth is anyone putting any of these players under such scrutiny so soon after what unfolded at Parken Stadium?

That Eriksen’s team-mates weren’t sent back to their hotel, to their families, was a mistake. Already they were heroes. No one should have expected any more from them tonight.