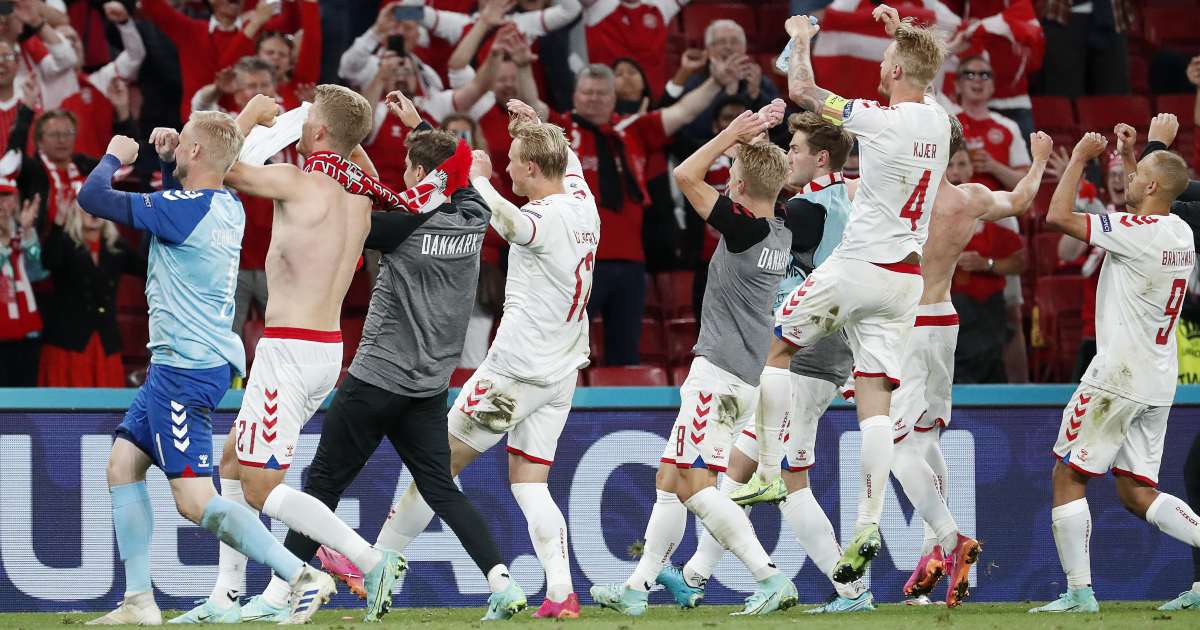 Denmark showed big Viking balls to assume their rightful place as Group B’s second-best side, and the second-favourite team of a continent…

It was hard to be any more philosophical than that on Monday night amid 34 seconds that saw Belgium have an opener, one wildly celebrated in Copenhagen, ruled out by a cat’s c*ck hair offside decision before Russia earned a penalty to halve Denmark’s advantage.

In that minute, football threatened once again to be a massive d*ck, the kind of energy-sapping presence that every so often we vow to banish from our lives. Haven’t Denmark suffered enough? Haven’t we all had enough?

Then Andreas Christensen unleashed an absolute thunderb*stard and the game was suddenly beautiful again. While the defender was mobbed by at least two dozen of his colleagues and Carlsberg rained down upon them, life was beautiful once more. 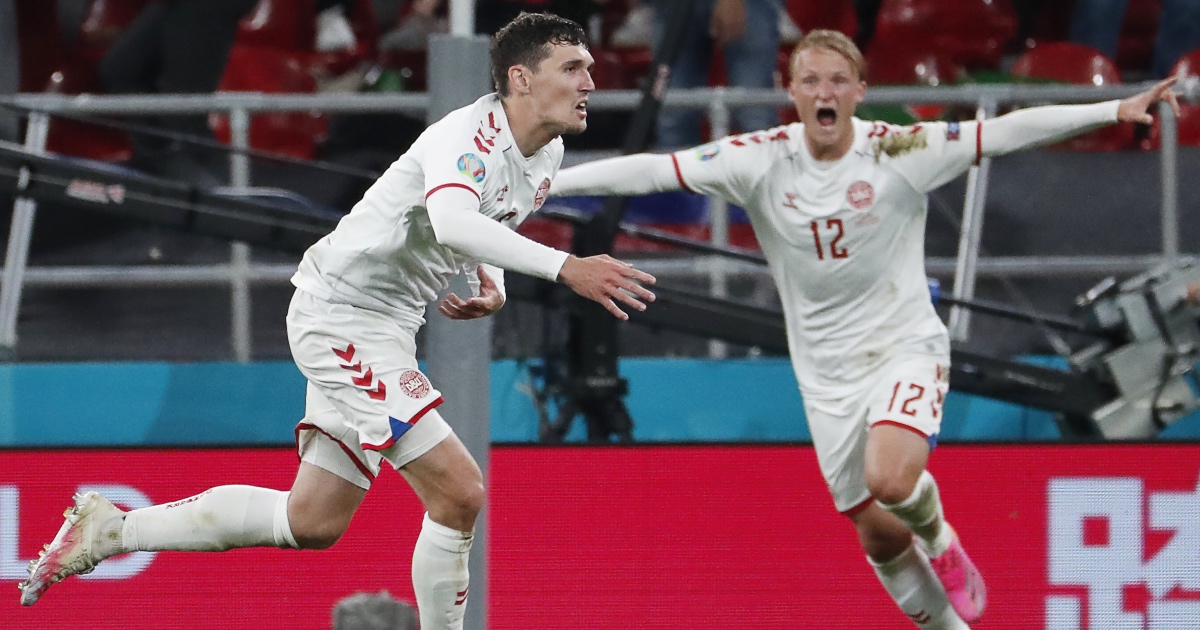 And no side, no nation, deserved that reminder more than Denmark. For what the national team, one so in tune with their people, have been through in the last 10 days is beyond the comprehension of many.

To beat – nay, batter – Russia really showed big balls. Massive, hairy Viking balls. Just as they displayed while performing so creditably in the defeat to Belgium. Though neither performance comes close for cojones to simply turning up for the last 49 minutes against Finland last Saturday.

As we suspected at the time and have had it confirmed since, Denmark should never, ever have been allowed to return to the field less than two hours after standing over Christian Eriksen as he lay lifeless on the Parken turf. UEFA framed the restart as a decision taken by the players, but they were given two awful, inhumane choices: finish the game that night, or the following lunchtime.

Denmark played out the rest of that match in a daze, in much the same way the rest of us watched it. Eriksen had been brought back to life but entirely understandably, his team-mates, all of whom guarded him from view and some comforted his panic-stricken partner, looked dead behind the eyes.

Forcing Denmark to play that game, on either day, will forever be UEFA’s shame. The players’ actions that sunny, dark Saturday and the fighting spirit shown in the two matches since to achieve qualification for the last 16, will remain a nation’s pride.

Even if you can possibly ignore the circumstances and emotion, Denmark deserve their runner-up place. Behind Belgium, they are the second-best side in Group B.

Now they are the second-favourite team of a continent. Any right-thinking supporter outside Wales will be willing Denmark to go as far as possible in these Euros. And should they overcome the Welsh in Amsterdam on Saturday, you can bet the Dragons will get right behind the Vikings.

That last-16 clash promises to be quite the spectacle. Without playing down either side’s considerable technical quality, both nations have been carried to this point largely by the dogged determination within each camp. The game might not be won by the motivational tub-thumping of Kasper Schmeichel and Gareth Bale but no doubt we’ll all be looking around for brick sh*thouses to sprint through just before 5pm on Saturday evening.

We could dissect the tactical battle ahead and the one just won by Denmark – Kasper Hjulmand’s men resoundingly out-thought and out-fought a Russia side that resembled almost every other Russia side in the last 20 years – but that is for another day. Tonight, it was simply a privilege to witness a team and its supporters rediscover joy while returning from the brink of despair.