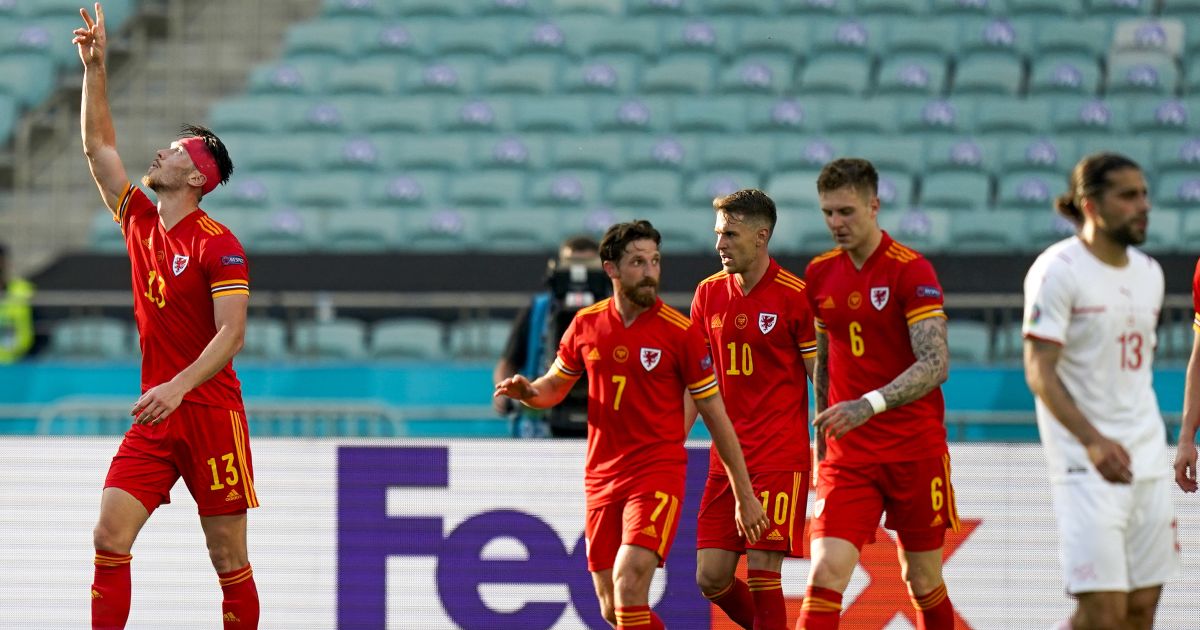 Robert Page said the draw with Switzerland ‘felt like a win’. A passive point might not look so good later in the group…

The overriding emotion for Robert Page after Wales’ draw with Switzerland was sure to be a mix of vindication and relief. But when that subsides, the interim manager may reflect upon an opportunity missed in the European Championships opener.

Vindication came in the contribution of his two headline team selections. Page opted for Kieffer Moore to lead the line and Danny Ward to protect this goal. Each came up huge for Wales in big moments, with Moore netting an equaliser and Ward’s saves ensuring that was enough to avoid defeat.

Which prompts the relief. After Italy’s 3-0 win over Turkey, the clear priority for both Wales and Switzerland was to leave the Turks stranded at the foot of Group A. Job done for Page and Vladimir Petkovic.

But each coach will take some regrets from Baku. Page, as you would expect, was buoyant upon the final whistle following a “positive performance”. But the Welsh were extremely passive for long spells. When they established a foothold in the game, it was almost handed to them by Petkovic.

Either side of half-time, the Swiss had established their dominance. They retained the ball better and threatened the goal more often. When Breel Embolo headed in their opener five minutes into the second half, it was a deserved advantage for the more adventurous side.

That is not to say Switzerland were free-flowing – they were not. But Embolo and Haris Seferovic, as manfully as Joe Rodon and Chris Mepham defended, were making chances. The Swiss created 16 shooting opportunities to Wales’ five, with Ward called upon to make a series a fine stops.

Then Petkovic seemed to lose his nerve. The Switzerland coach withdrew Xherdan Shaqiri with a quarter of the game still to play and while the Liverpool stand-wasn’t harming Wales on the ball, his movement off it, dovetailing with Embolo and Seferovic, certainly was.

50% – Xherdan Shaqiri has scored or assisted 50% of Switzerland’s goals at major tournaments since 2014 (World Cup + European Championships), netting five and setting up three of his side’s 16 goals in that time. Crucial. #WALSUI #EURO2020

Denis Zakaria replaced Shaqiri and off with the attacker went Switzerland’s ascendancy. It was only then when presented with opportunity to get a foothold in midfield that Wales began to compete and forge some momentum.

While Switzerland made what might be regarded as a premature change, Page seemed to dallying over his. Of his front four, only Daniel James could claim to be worrying the Swiss, with Gareth Bale anonymous – he had fewer touches than anyone on the pitch in the first half – while Aaron Ramsey’s best work was to be found in his defensive duties.

Moore, Page’s selection as a traditional No.9 as opposed an alternative false one, worked tirelessly but little seemed to be coming off for the Cardiff striker. He forced a fine save from Jan Sommer in the first half but Page must have been tempted to try a different approach as the clock ticked down.

Fortunately for Wales, the manager resisted that urge. With 16 minutes remaining, Moore applied bandage to ball to glance a header past Sommer following a well-worked short-corner routine. It was Zakaria, the man sent on to stiffen up a Switzerland side already looking robust enough to withstand Wales, who lost Moore while he was distracted, looking away from the ball long after it was put back into play. By the time Zakaria had cottoned on, Joe Morrell had already delivered for Moore to dispatch.

Then a change came and, strangely, it was James who was replaced, much to the Manchester United winger’s disgust. Page said James ‘looked dead on his feet’ but his impact remained greater than that of Bale or Ramsey. Their status, though, earned each a reprieve from the hook.

Page’s attacking reshuffle failed to have the desired effect, with Switzerland a greater threat in the later stages. So a point was gleefully taken by the Wales manager, which may not look quite so positive without an increase in intensity and fluidity against a wounded Turkey on Wednesday.