Home F365 Features Euro 2028 may be coming home, but England has to improve 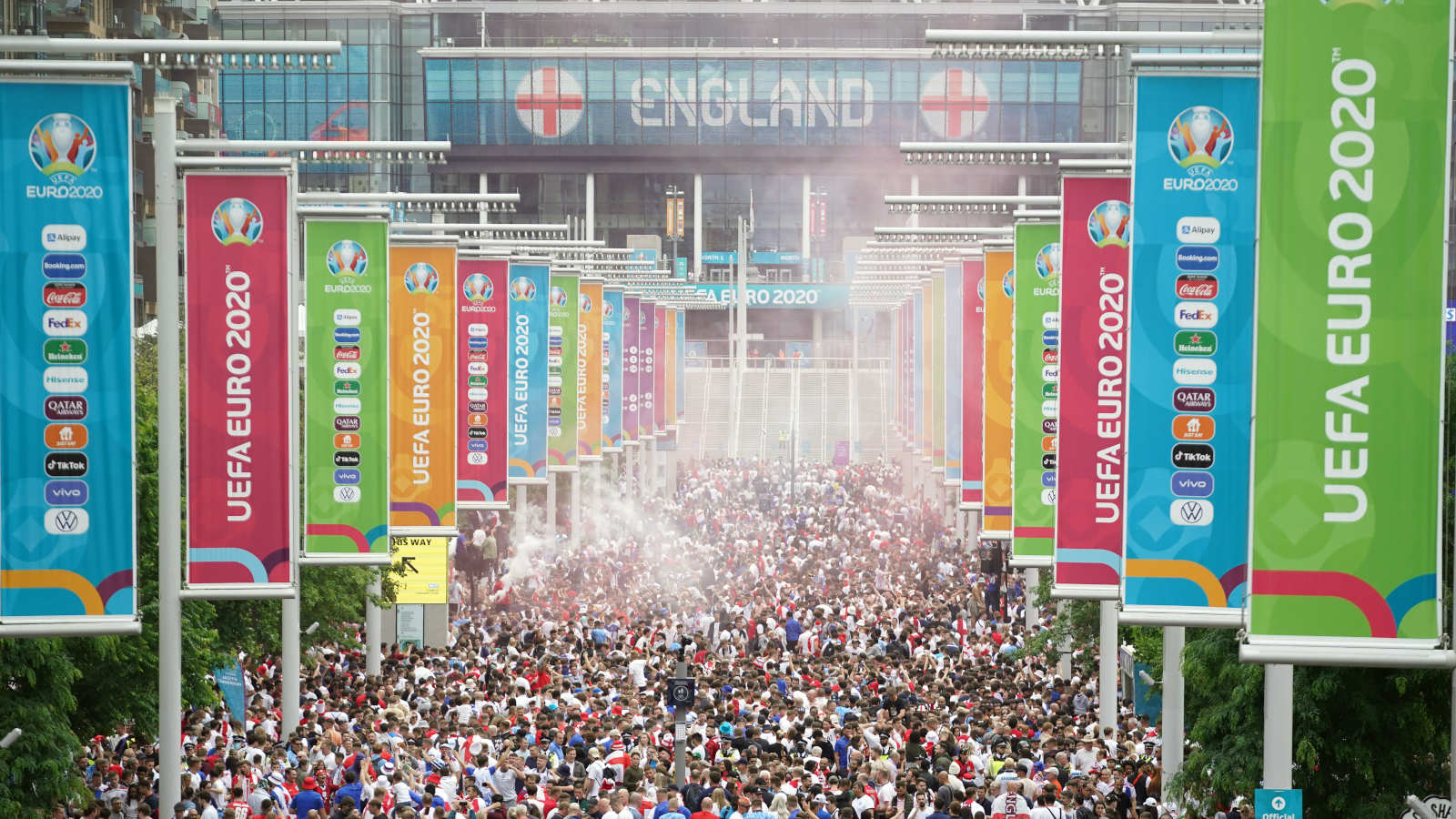 The UK and Ireland may be the only bid to host Euro 2028, but if football is going to come home, it’ll have to do better than last time.

It’s coming home, then. Or at least we assume it is. The deadline for bids to host Euro 2028 falls this week and, contrary to what we’d been told in the build-up to the announcement, it would appear that there has been so little interest in hosting this tournament that, in the absence of anyone else actually submitting a final bid to UEFA, the combined bid made by the four UK associations and Ireland will be awarded the tournament by default.

It’s not that there has never been any other interest in hosting this tournament. Italy had been expected to bid, but in February they confirmed that they would be holding back their application for the 2032 edition to get a little more time to refurbish their facilities. And Russian interest is surely now dead in the water following their invasion of Ukraine. If anything, it seems more likely that Russia will be banned from even entering the tournament. Not that they will accept that.

This is crazy – Russian football union official saying it will bid against UK + Ireland for Euro 2028 or against Italy for Euro 2032 https://t.co/M4RbF2aYBJ

But these weren’t the only other nations who had expressed an interest in hosting the tournament. It had been expected that there would be a joint bid from Romania, Greece, Serbia and Bulgaria for both this tournament and the 2030 World Cup, while in 2019 Turkey announced that they would be making a sixth consecutive bid to host, and there had been similar talk of a joint bid by Denmark, Norway, Sweden and Finland. But neither of these seem to have materialised; either that or they’re keeping a very low profile indeed.

Under normal circumstances, confirmation of the bidding nations would be part of a broader process that would not result in the identity of the hosts being confirmed until September 2023. Applications have been invited by UEFA since September 2021, and this week would only mark the closing date for registering an intention to bid, with the final bidders being confirmed at the start of April.

But what might Euro 2028 actually look like? The one thing that we can be reasonably certain of is that the five host nations would not qualify automatically as hosts. Even if UEFA were to expand the tournament from 24 to 32 teams, they stated when kicking off the bidding process that, ‘In order to ensure compatibility with the competition’s sporting and commercial format, the automatic qualification of the host team(s) shall be guaranteed only for a single host or a maximum of two joint host associations, as always implemented in the past’ and that ‘In the case of more than two joint host associations, the automatic qualification of all the host teams cannot be guaranteed and shall be subject to a decision to be made in conjunction with decisions concerning the qualifying competition.’

Although it could be subject to change, the current plans are for 51 games featuring 24 teams, just as in 2016 and in 2021. And in addition to this, the hosts are required to provide the following:

It’s likely that 11 or 12 grounds would be used across the host nations, with the biggest question mark falling over Northern Ireland’s involvement. Windsor Park, the home of the Northern Ireland team, was redeveloped a decade ago and hosted the 2021 UEFA Super Cup match between Chelsea and Sevilla, but its current capacity is just 18,544, which leave the bidders with a decision to make over whether to support the renovation or growth of Windsor Park to match UEFA’s requirements, or whether to try to use Casement Park, which is the home of GAA in Northern Ireland, instead. Casement Park may be a more suitable venue. It was set to start a two-year renovation that would increase its capacity to 34,578, but this is currently subject to a judicial review.

Elsewhere, Wembley, the Aviva Stadium in Dublin, Hampden Park in Glasgow and the Principality Stadium in Cardiff may be considered certainties to be used. Other grounds may include Croke Park in Dublin, The Tottenham Hotspur Stadium in London, Old Trafford and The Etihad Stadium in Manchester, Anfield and Everton’s new Bramley-Moore Dock stadium in Liverpool, Elland Road, St James Park, The King Power Stadium, Villa Park and Murrayfield in Edinburgh.

The venues for a UK and Ireland Euro 2028 bid are unlikely to be an issue, but there is one huge elephant in the room ahead of any final decision being made. The behaviour of England fans during the tournament was a significant issue, and The Baroness Casey Report (PDF) into the day of the final itself, including the mass push into Wembley, confirmed that ‘we were close to fatalities and/or life-changing injuries for some, potentially many, in attendance’, while UEFA’s report into that day described a ‘lack of order and discipline inside and around the stadium’. Six years is a long way off, but it is absolutely clear that those who were in charge of that travesty of a day absolutely cannot afford a repeat of this in any way whatsoever.

It’s not difficult to imagine a situation in which UEFA decide that, without anybody appearing to apply against the UK and Ireland bid, the deadlines should be extended to give previously interested parties a chance to reconsider. This wouldn’t even necessarily be – as would doubtlessly be claimed in some circles – an ‘anti-British/Irish agenda’; it may just be healthier for the entire bidding process for anyone who applies to not get such a prize by ‘default’. And of course if the UK and Ireland bid is good enough, it should be successful anyway.

But should this eventuality come to fruition, it is to be hoped that those organising the matches have learned the important lessons of the not-that-distant past. There are many who will believe that the incidents at Wembley during Euro 2020 should have precluded England from even applying for this tournament, and the question of how the safety of spectators can be guaranteed when little seems to have materially changed is somewhat open-ended. And it will only be on April 5, when the bidders are formally announced, that we will know for certain whether this bid is to be accepted with little to no serious competition. UEFA seem to have faith that last summer’s disturbances were a complete one-off; in the event that Euro 2028 is awarded to this application, the FA will be praying they were right.