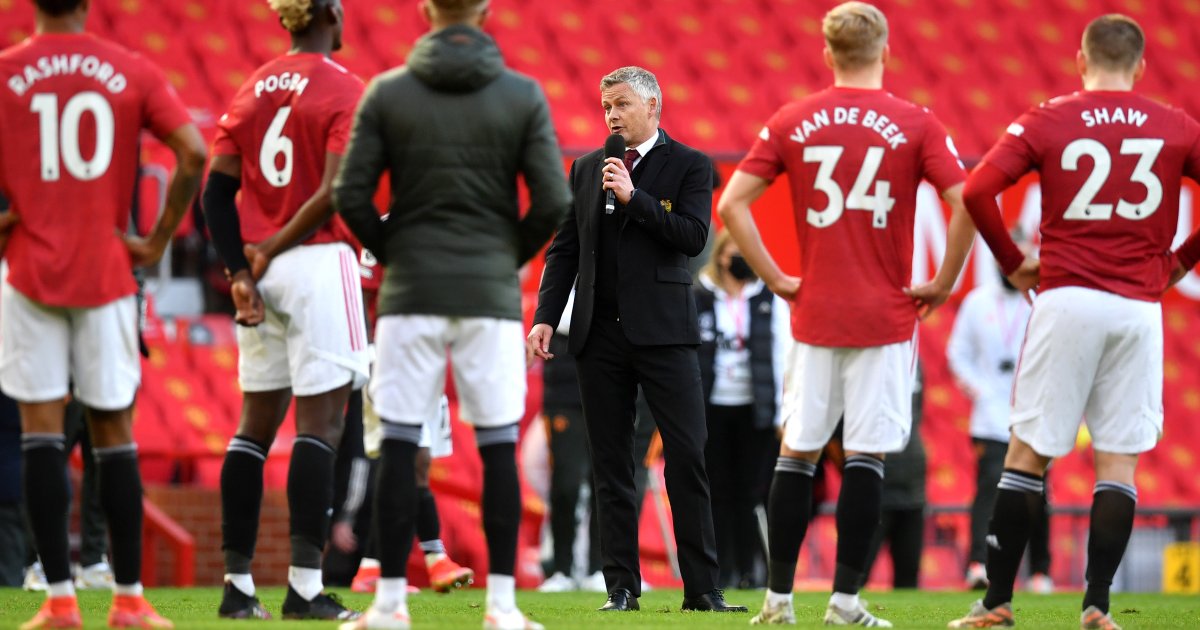 For Villarreal, the Europa League final is almost a free hit. To Man Utd and Solskjaer, it’s a must-win, for this season and the next…

“This is just a step on the road to bringing our Man Utd back,” said Ole Gunnar Solskjaer ahead of the Europa League final. A sizeable chunk of United fans will point to their car crash ownership as a significant obstacle to that particular journey for the club, but the manager is right in the context of his team. Gdansk does represent another milestone for these Red Devils; one that Solskjaer and his players must pass tonight.

All finals are must-win, of course. But for Solskjaer, there is more at stake than just the big silver vase that United have taken home once before, when Jose Mourinho claimed it as part of a Treble of sorts.

Solskjaer and United need this trophy together. Any silverware would have done at the start of the season but come the end, this one offers an opportunity for the Norwegian to point to real, tangible progress on his watch while shedding the personal millstone of never having won a proper pot as a manager outside of his admirable but difficult-to-judge achievements with Molde.

United could point to their league position as progress. Second is better than third, in the same way 74 points is a higher total than last season’s 66. But incremental gains up the Premier League table can’t be displayed in the Old Trafford museum. The Glazers can’t hawk runners-up t-shirts in the megastore, even if you know they would be tempted to try.

For United, being in Gdansk is no more creditable than finally winning a semi. The Red Devils are expected to be in finals. Just because they have failed to meet expectations in recent years should not see them rewritten.

This final and this particular competition is perhaps an accurate reflection of United’s current level. Had they not soiled their own bed in Leipzig or Istanbul in the Champions League, it is hard to believe that without a hefty dose of good fortune they would have gone beyond the quarter-finals. In hindsight, that first 15 minutes in the final group game in Germany could have been the best thing for Solskjaer.

Here he is, on the verge of being the fourth manager to lift a European trophy for United. That, combined with those Premier League gains, would certainly strengthen his position ahead of a pivotal summer, especially if their start next campaign – when a title challenge must be forthcoming – bears even a passing resemblance to this term’s shambolic stumble out of the blocks.

That is the next step for United: to challenge over 38 Premier League games, not just one-offs or two-legged ties.

They flirted with the top of the table at the turn of the year, just as Manchester City were searching for their groove after a similarly shoddy start by Pep Guardiola’s champions and Champions League finalists. It was a fun fortnight…

Stretching that superiority over months rather than days, and replicating their away form at home, is a leap rather than a step. But as Solskjaer preaches, glory in Gdansk can help bridge the current gap.

"It just made me smile, all these players expressing themselves like we want to see.'

🔁 Ring the changes
💪 Come out with the win

A positive afternoon for Ole Gunnar Solskjaer and Man Utd ahead of a big Europa League final.

“Winning a trophy can give you belief, it can make you hungry for more,” he said. “I know my players will believe they can win it and then we can move on to better things.”

Things better than the Europa League: the Premier League and Champions League. Solskjaer cannot afford a misstep in the face of Villarreal if they are genuine targets for the manager, his squad and his board.

There will be no dressing up failure tonight. Manchester United, in their eighth European final, are facing the seventh-best team in Spain competing in their first continental showpiece, even if their manager wrote the blueprint on how to win the Europa League. For Villarreal, reaching the final is a remarkable achievement. Solskjaer dare not suggest the same for United if he fails to win it.