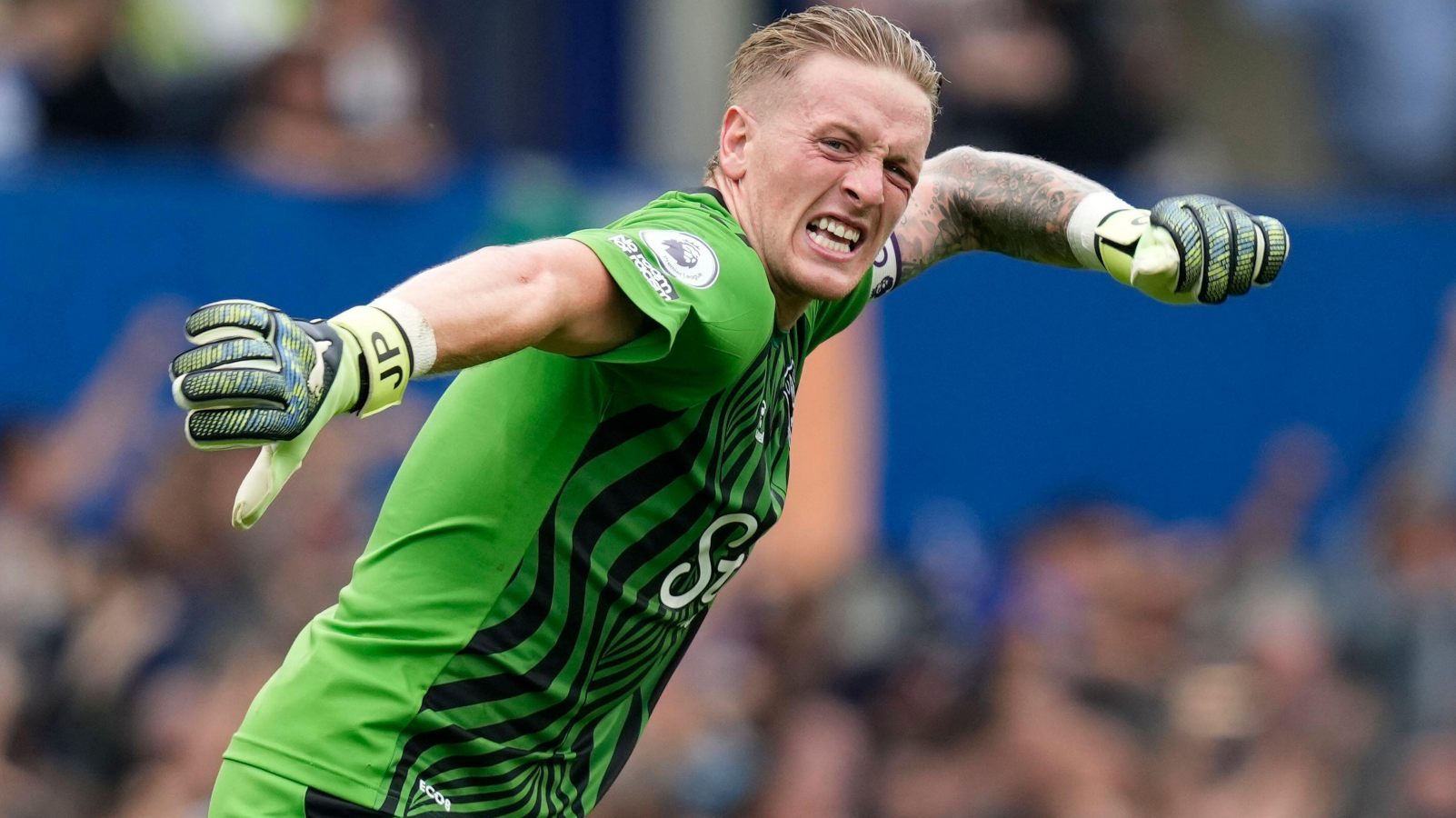 You wouldn’t blame Gareth Southgate if his eye was wandering around the Premier League goalmouths. But Jordan Pickford has proved to the England boss that he was right all along to pile his faith in the Everton goalkeeper.

Pickford was outstanding in the Merseyside derby. He made eight saves, the most of any goalkeeper in a Premier League game this season. Some were routine stops for an elite keeper; a couple, from Darwin Nunez in the first half and Mo Salah at the death, highlighted why the other top-class options available to Southgate are doomed to fail in their bids to usurp Pickford in what little time remains before the World Cup.

That’s no slight on those with ambitions of keeping England’s goal. Like his Arsenal team-mates, Aaron Ramsdale has started the season in fine form; Nick Pope has been predictably solid in Newcastle’s sticks. And Dean Henderson has emerged from the wilderness at Manchester United to demonstrate at Nottingham Forest why he fancies himself as Lev Yashin-incarnate, even if no one at Old Trafford agrees.

That trio have done their bit but all were relying on Pickford’s standards to plummet if they were to make a serious case for being Southgate’s gloveman. It was hardly beyond the realms of possibility – Pickford’s form has dipped in the past. At the start of the season, however, his performances have been pivotal in Everton being hard to beat, even if they are yet to win.

16 Conclusions from the Merseyside derby

Pickford’s body of work goes back beyond the last month. He was instrumental in Everton pulling themselves out of the relegation mire during the run-in last term, with performances in huge games against Manchester United and Chelsea most notable.

For all the noise around Pickford’s international place, you won’t hear any of it at Goodison. Evertonians recognised their keeper’s contribution throughout the whole of last season, not just down the final stretch, by voting him their Player of the Season. Those in the Gwladys Street End will tell you that today’s performance was typical of their No.1.

"We're building. We've got that character now as a team. Our team spirit is pushing us on."

Phenomenal 'Man of the Match' performance from Everton's Jordan Pickford 👏

Beyond Goodison, though, Pickford still struggles to get the recognition he deserves as England’s main man for the last four years. Of course, as No.1, his performances are going to come under more scrutiny than most, and Pickford makes himself an easy target with his ‘all eyes on me’ style of goalkeeping.

It was no surprise to hear Pickford pinpoint Joe Hart as his biggest influence as a youngster, with the pair following similar paths, paying their dues through the leagues, to the England goal. Pickford, though, when he arrived at the kind of crossroads that saw Hart’s career veer off course, seems to have safely navigated his way through those hazards.

Hart-dog didn’t catch on quick enough but Pickford acknowledged that there was little longevity in being the daft puppy. The 28-year-old sought help from a psychologist and though his presence remains visible – and audible – at all times, Pickford is certainly channelling his enthusiasm and energy in more productive ways for club and country, evidenced by the fact it is he who wears the Everton armband.

Ramsdale and Henderson are similar in their psyche leaving Pope as the only option Southgate has if he would rather a calmer persona in his net. But, after his early-season performances following a stellar end-of-term contribution, no longer need the England boss ponder whether Pickford should be replaced.