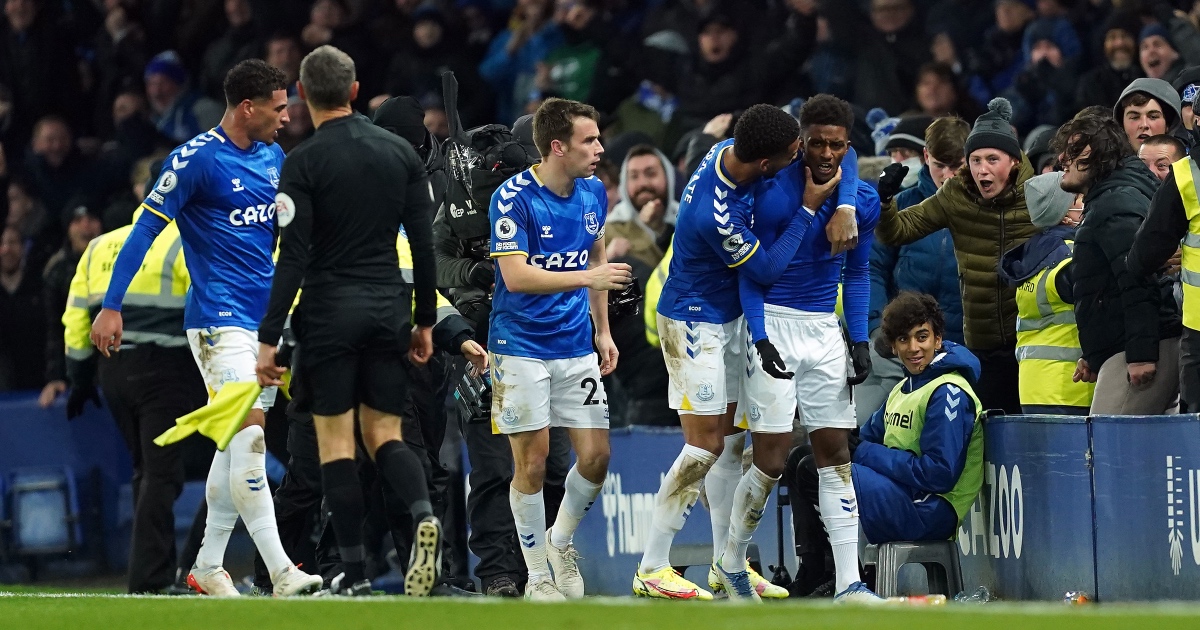 This was a win for the fans at Goodison Park, who drove Everton to victory over Arsenal.

It’s not great that it felt like this group of Everton players had played pretty well, were 1-0 down and an equal part of undoubtedly one of the worst games of the season at half-time. There was a real lack of quality from both sides in an almost unbelievably bad game of football.

But the fans came to the fore for Everton on a night in which they proved that while the club is broken at the top, it remains very much intact at the bottom.

Nearly £600million spent in seven seasons and the pair supporting Richarlison in attack cost a combined £1.8million. That’s in no way meant as a slight against Andros Townsend, or of course Demarai Gray, who have been their most effective – and probably their best – players this season. It’s a statement of fact among many to illustrate just how many poor decisions have been made at the football club. Where has all that money gone?

Marcel Brands left his role as sporting director over the weekend. “The board and I agreed that there is a clear difference in the vision and direction for this beautiful club,” said Brands. On the back of the decision Everton said that they will undergo a strategic review of the football structure “which will inform the best model for the club to proceed with in the long term”.

Through a few walkouts and, in the main, incredible support and volume at Goodison Park, the Everton fans made clear both their desire for change and affirmed that the heart of the football club remains.

They cheered effort and crunching tackles in the absence of quality and slowly dragged that quality from the players as the game went on.

Richarlison was the epitome of that – his desire was unmatched by anyone on the pitch and in doing the simple, unflashy things, he found himself in positions where his skill almost had no option but to eventually pay dividends. And after he had two goals ruled out for marginal offsides, he reacted brilliantly to nod the ball over Aaron Ramsdale to equalise.

And like an infection, Richarlison’s hunger and quality spread through the team. The winner was quite brilliant.

Allan chested the ball down in his own half, flicking it around the corner for Andre Gomes, who showed poise and close control to beat a couple of Arsenal players before finding Gray. The winger had already hit the bar in the lead up to Richarlison’s goal and this time absolutely battered the ball off the post and in.

If Gray had cost £40million he would still be seen as a top signing for Everton. £1.8million was a great deal before he even put on the Everton shirt; it’s now an extraordinary one. He’s got that ability with the ball at his feet where defenders know what he’s going to do but are unable to stop him. What a season he’s having.

Arsenal were really bad. Like, really bad. Yes, they could have equalised with the last kick of the game as Pierre-Emerick Aubameyang passed the ball wide and yes, Eddie Nketiah missed an absolute sitter. But the defending was weak, they gave the ball away far too frequently and there was a complete lack of rhythm to their football.

Everton were there for the taking in the first half, but were handed a foothold by Arsenal and took full advantage. Hat tips to Richarlison and Gray; hats off to the Goodison Park faithful.