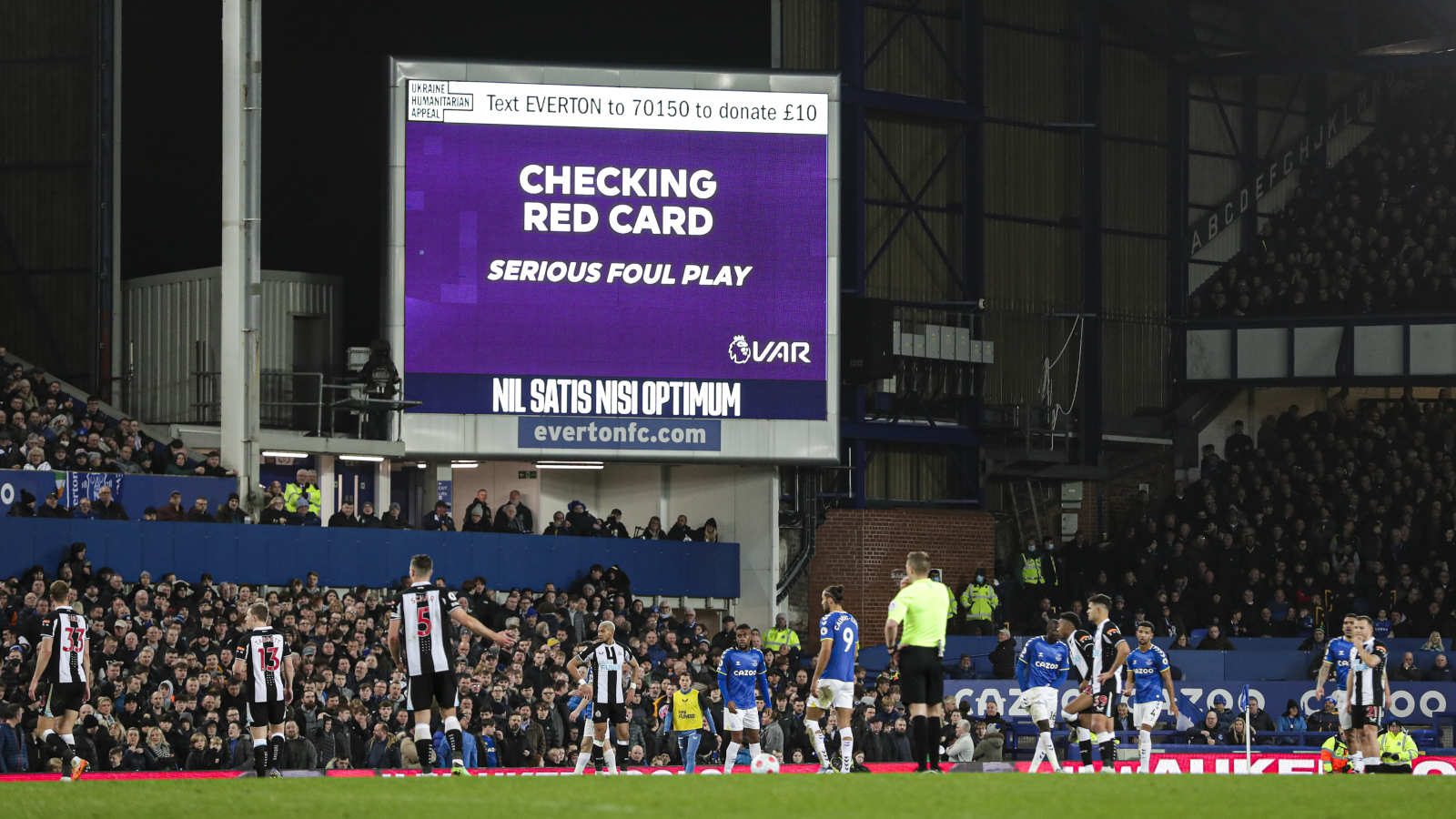 Everton have published their company accounts for the 2020/21 season and they show why staying in the Premier League is so important.

So the international break is at an end, but whether the time off felt like a chore or a holiday really depends on which team you’re talking about. For one club, the messages going into the break were mixed. Everton’s 1-0 win against Newcastle United offered a small degree of breathing space between them and the three clubs below them in the Premier League table, but their 4-0 defeat at Crystal Palace three days later reopened the wounds. For weeks, the FA Cup had been a glimmer of light in a dismal season. With that gone, the task for the rest of the campaign is simple: stay in the Premier League.

But even as international matches were taking place, Everton found their way into the headlines with the publication of their company accounts for the 2020/21 season. People had been expecting them to be dire; they were. The club lost £120.9million in the year, which equates to an average of £331,232.87 every day. Everton have attributed £103m of these losses to the pandemic, but the club has been spinning a lot of plates, with a very high wage bill at a reported average of £85,000 per week per player – the seventh highest in the division – while this season they’ve had to contend with the sudden (and broadly unexpected) loss of Alisher Usmanov as their main sponsor.

In short, there may be no other Premier League club that needs to stay in the top flight quite as much as Everton. The 2020/21 figures are bad and they’re following a trend. Everton reported a loss of almost £140m in 2020 and a further £111.8m in 2019, with losses totalling almost £400m over the past four seasons. Those among you wondering what, exactly, the club has got for all this money are right to wonder. Not a great deal.

The club has seen two share issues by Farhad Moshiri – of £100m in 2020/21 and £97m in January of this year – to stabilise finances to a point at which the net debt stands at a total of £58m. If Everton are to avoid sanctions under Premier League FFP rules (which limit clubs to losses of £105m over rolling three-year periods), they will be dependent on attributing their losses to Covid and the infrastructural costs of building their new stadium at Bramley-Moore Dock, both of which can be subtracted from the figures sent to Premier League for FFP evaluation.

But all of this does press home the fact that Everton need to survive in the Premier League. Relegation would see the club’s TV (and prize money) income fall significantly. They made £130.5m for the 2020/21 season. This would fall to a parachute payment of around £40m in the Championship, and while the club should have had relegation clauses written into their contracts, it has been reported that this may well not be the case. Everton’s wages to turnover ratio for 2020/21 rose from 89% to 95%, and this was with sponsorship from Usmanov and Premier League television money factored in.

The loss of Usmanov as a main sponsor shouldn’t affect the club too seriously in the short term. The cancellation of the USM, MegaFon and Yota contracts (which all came through Usmanov) came after the club had banked around £48m of their total combined value of £60m. But with main shirt sponsors Cazoo also having confirmed that they are ending their contract at the end of the season, it seems unlikely that this money will be returning and there are no guarantees that whatever sponsorship deals the club can put together will be worth anything like the same amount of money that he was prepared to pay.

Furthermore, while Moshiri is understood to be extremely wealthy, just how wealthy that might now be is open to question. According to The Times 2021 Rich List, he was worth £2bn, but it is understood that a considerable proportion of his wealth was tied up in Russia, and the question of how much that may have been affected by international events is valid. On top of all that, the likelihood of getting the new stadium anywhere near its original planned budget of £505m looks considerably slimmer. Steel prices, for example, are rising, with British Steel recently announcing their highest ever price increase, by £250 per tonne, or 25%.

In terms of their Premier League survival prospects, the news is mixed. Everton remain three points above Watford and four ahead of Burnley, having played two games less than the former and the same as the latter. And while Watford revived their season with a surprise 2-1 win at Southampton before the break, Burnley’s mini-revival of one defeat in seven games ended abruptly at the start of March with three successive losses.

Everton have a horrendous run-in, with their last 11 matches featuring matches against West Ham, Manchester United, Liverpool, Chelsea and Arsenal, and their trip to Burnley on April 6 will be absolutely critical. Should they win that, they can perhaps start to consider themselves safe. But should they lose, nerves will only become even more shredded with worse games to follow.

Some of Everton’s problems are circumstantial. Few would have guessed at the deterioration of the international situation at the start of this year, and there is no question that this has suddenly become a difficult time to be undertaking large construction projects. But a lot of Everton’s problems ultimately are self-inflicted. A club without the financial clout of the Big Six has been paying too much for players in terms of wages and transfer fees, and those signings have been messy overlay upon messy overlay as a succession of managers – six permanent in as many years since Moshiri took control – have passed through Goodison Park’s revolving door. It’s unlikely that the club will face an immediate financial cataclysm, but it’s not difficult to see how dependent they are on staying in the Premier League for stability.