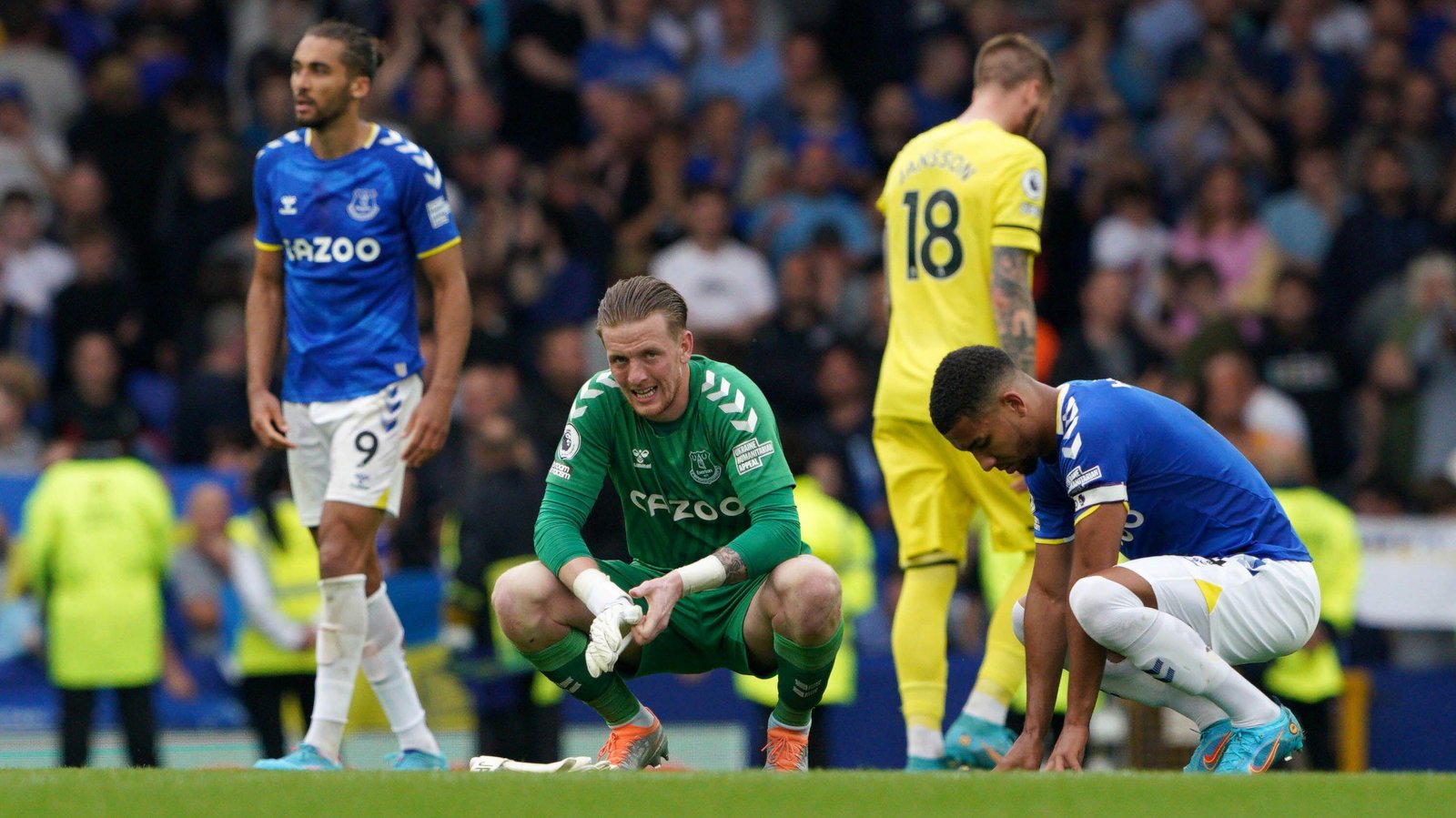 Everton should still have enough to avoid Premier League relegation but intrinsic fragility undermined a recent resurgence against Brentford.

Frank Lampard has had a couple of explanations for the predicament in which he found Everton. They can be mapped out neatly across separate chapters of his nascent reign: the “magic wand” era, typified by his regular references to issues that both predated and necessitated his arrival; and the PGMOL period, when the club ran up further debt purchasing stamps to contact Mike Riley.

It will be difficult to fit defeat to Brentford into either box. A modest three-match unbeaten run suggested that Lampard had discovered a solution. The players had been energised by a fanbase that was rejuvenated through their committed performances. This was a collaboration founded by the manager, a synergy Everton had lacked for years, and a potential foundation for survival.

Leading from the front.
Our manager. Super Frank 🔵⚪️🟡 pic.twitter.com/hrbA9gD4S9

And while the Toffees had two players sent off against Brentford, complaints about either will fall on deaf ears. Jarrad Branthwaite positioned himself poorly and received the most naive of red cards. Salomon Rondon continued the inexplicable trend of players making mindless tackles in the midst of a relegation battle. The gift of a relatively soft first-half penalty when Mads Bech Sorensen entered Richarlison’s orbit should ward off any extrospective critiques in the aftermath of a deflating loss.

The basic interpretation of a result such as this is that football is stupid. If Pep Guardiola can untangle a Champions League capitulation by pointing out that “emotions are uncontrollable” and “there was no time for mentality” to become a factor, that suits an Everton side which took the lead twice – once with 10 men – but still lost fairly convincingly at home. The Toffees defended diligently for an hour, were undone by a Seamus Coleman own goal, then conceded from a corner against one of the Premier League’s most adept set-piece takers and temporarily lost sight of their task. Within 122 seconds, Yoane Wissa and Rico Henry turned their well-earned lead into an unaccountable deficit.

Wissa running across Richarlison and flicking a wonderful header past Jordan Pickford; the Brazilian being a little too slow to close down Christian Norgaard and Anthony Gordon reacting a split second too late to Henry’s run: small are rare mistakes came with the highest penalty.

It pointed to an established trend that will be difficult to investment and coaching alone to overcome. Everton have scored the first goal and conceded the second in seven Premier League games since January 2021. They have lost three and drawn three of those games, the exception putting them fourth with Carlo Ancelotti as manager less than 18 months ago. This season alone, they opened the scoring but were pegged back to 1-1 in eventual defeats to Newcastle (3-1 in February) and Watford (5-2 in October), as well as a 2-2 draw with Leeds in August. There is a mental block, an anxious reaction to setbacks from an advantageous position, which Lampard needs to address.

That chance should come in the Premier League. Even with this disappointment, Everton are a point clear of Leeds with a game in hand, and two ahead of Burnley having played the same number of matches. With neither rival in particularly good form, it could be that the Toffees have already established enough of a safety net to fall back on.

But this was a wasted opportunity to draw a line under this disaster of a season and look ahead to the future. Brentford’s poise and Everton’s own fragility ensured that vision is still clouded with doubt.