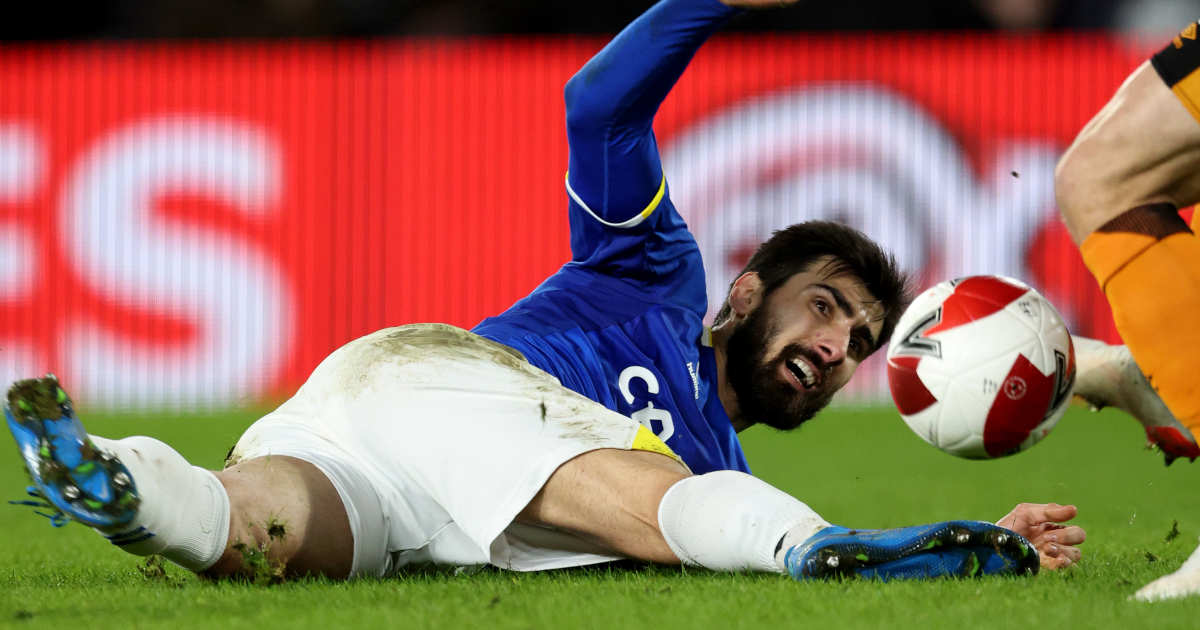 Everton may have escaped the ignominy of an FA Cup defeat at Hull, but there’s still mutiny in the air at Goodison Park over transfer policy.

To the surprise of practically nobody, winning in extra-time to a team fighting relegation from the division below does not seem to have calmed the mutinous air surrounding Everton. Losing to Hull City would have cranked the heat under Rafa Benitez to fresh new levels, but increasingly it feels as though the manager is a symptom of the ills currently afflicting the club rather than the cause.

It’s been almost six years since Farhad Moshiri bought into Everton. The ambition upon his arrival at Goodison Park was clear, and it might even be argued that – with the commencement of work on the club’s new stadium at Bramley-Moore Dock – that ambition is already starting to bear fruit. But long-term structural projects cost a lot of money and this new stadium will cost half a billion pounds, so Everton absolutely cannot afford relegation from the Premier League.

There remains a small gap of six points between Everton and the four clubs who are expected to be slugging it out for survival, but gaps of that size can close in the space of just a few days and, in truth, Everton’s form since the end of September has been no better than that of Burnley, Watford, Newcastle or Norwich. They’ve won just once in the league since the start of October and have sunk ten places in the table as a result, and there are no guarantees that all of those at the bottom of the table are going to continue to be as bad as they were throughout the first half of the season.

Everton’s underwhelming current position is accentuated by Moshiri’s spending since he’s been running the club. Their net spend on players over the last five years has been almost £234m, and the sum total of progress made on the pitch over that time has been, well, non-existent. As a billionaire and business associate of Alisher Usmanov, Moshiri can afford to underwrite this sort of financial loss, but the Premier League has FFP rules and Everton have been sailing closer to them than is comfortable.

Everton’s financial losses since Moshiri took control of the running of the club are well-reported. Premier League clubs are allowed to lose a maximum of £105m over three years, but there are exemptions for projects such as infrastructure and for the losses incurred on account of the pandemic. No Premier League club has ever been sanctioned under these rules and there are others who have sailed closer to the wind than Everton, but the club is due to move into Bramley-Moore in the summer of 2024 and will not want a threadbare squad to mark that moment.

This month has seen the club start to spend some money again, so far on full-backs. Everton paid Rangers an initial transfer fee of £11.5 million for right-back Nathan Patterson, with further payments that could potentially take the total fee to £16 million, and around £21m to sign left-back Vitaliy Mykolenko from Dynamo Kyiv. All of this means that the club are now moving Lucas Digne on to Aston Villa. Digne has had a very public falling-out with Benitez and has not played since Everton’s abject home defeat in the Merseyside derby at the start of December.

All of which brings us on to the thorny subject of Anwar El Ghazi. The Aston Villa winger is set to be a makeweight in this deal, but it has also been suggested that there is a significant catch; that this part of the deal is being brokered by Moshiri through the agent Kia Joorabchian, against the wishes of Benitez. The Dutch winger has found his first-team appearances limited under both Dean Smith and Steven Gerrard and has made only four Premier League starts this season.

But it has also been strongly suggested that Benitez has rejected this player on three occasions already, which threatens to conflagrate the relationship between the owner and the manager once and for all. It is an unwritten rule of the game that the boardroom should keep out of affairs relating to the team. This tension is a big part of the reason why sporting directors started to be introduced in the first place, to co-ordinate transfer activity and create a working link between the boardroom, the manager’s office and the training ground.

Moshiri sacked Everton’s director of football Marcel Brands at the end of last year. There’s a strong argument to be made that, after numerous transfer windows during which the club spent a lot of money to little positive effect, Brands’ time at Goodison Park had come, but to take such a decision shortly before the opening of a transfer window requires some sort of plan for what happens afterwards, and the suggestion that there could be tensions brewing over the El Ghazi deal does not bode well on that front. Rafael Benitez might not be popular amongst Everton supporters – that was always going to be a tall order, for obvious reasons – but few would argue that club owners should be signing players that the manager specifically doesn’t want.

All of this is happening at a bad time. Not only is this level of discord a terrible look in the middle of a transfer window when a club is looking to strengthen its team, but two of Everton’s next three Premier League matches are against Norwich City and Newcastle United. Winning both of those matches would take the edge off fears that they could be heading for relegation for the first time in seven decades, but losing either of them would halve the gap between them and the bottom four, all of which looks significant when we remind ourselves that Everton’s form has been no better than those below them for several months.

As the business end of the season starts to hone into view, Everton are finding that the dysfunctional transfer decisions made since Farhad Moshiri took control of the club are starting to catch up with them.