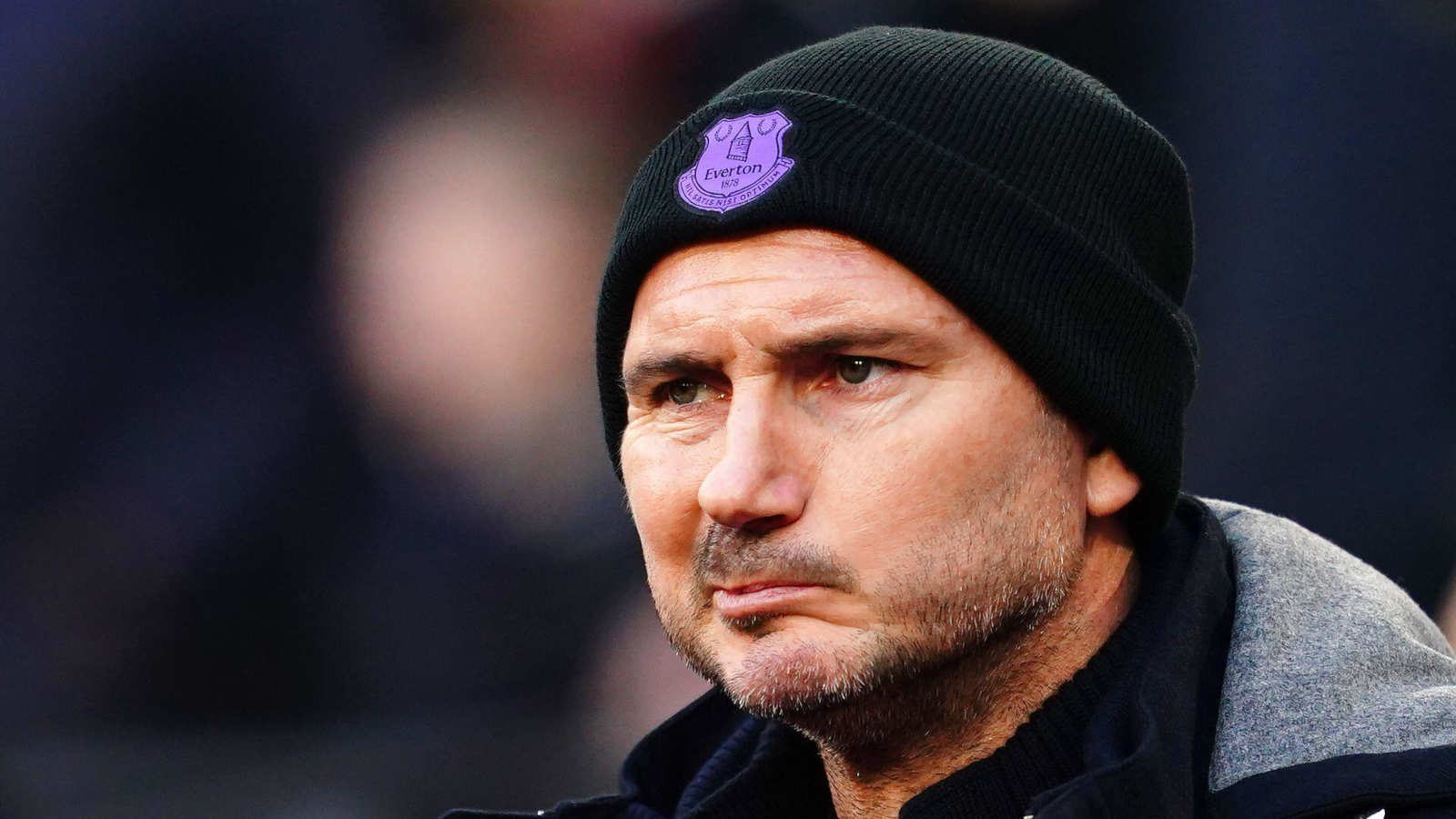 There was an inevitability about Frank Lampard getting sacked by Everton, but his future direction is not quite so clear.

The news came through in dribs and drabs. In the morning, the social media gossip circle began to suggest that Frank Lampard had been sacked as Everton manager. In the afternoon, media accounts started reporting it as fact. But it took Everton until 8.15 in the evening to finally put release a message confirming it themselves.

The unkind reading of this might be that they just wanted him sacked three times. The chortle-worthy version was that they simply forgot to let anybody know. The slightly more mundane truth is that they were probably sorting out the legalities and contract details before they made it formal.

So Everton find themselves back at the drawing board, with Marcelo Bielsa installed as the favourite to become the next name Farhad Moshiri pulls from his hat marked ‘managers I have heard of’. But what next for Lampard himself? Because the trajectory that his managerial career path has taken has been so unusual that establishing what he might do next isn’t straightforward.

There are two interpretations of Frank Lampard’s managerial career. In the kinder version, he took Derby County to a play-off final, Chelsea into the Champions League under a transfer embargo, and steered Everton clear of relegation at the end of last season. At no point in his managerial career has Frank Lampard done anything catastrophically bad.

But the less kind version fills in a little of the shade on that version of events. At Derby County, a vast amount of money had been spent and the club’s failure to get promotion in 2019 really accelerated a decline which led to administration and eventual relegation to League One. At Chelsea, they dropped to ninth place in his second season as manager and he was reported to have burned a lot of bridges after disagreements with some of the players.

And then there’s Everton. Frank Lampard lasted 357 days as the manager of the Grand Old Team. They were 16th in the Premier League when he was appointed and it seems highly likely that the club’s mission statement for the second half of last season was little more than, ‘Please for the love of God keep us in the Premier League, we really need the money’.

Well, mission accomplished, kind of. It wasn’t especially edifying at times, but Everton survived the threat of relegation with a game to spare and under somewhat testing circumstances, considering the removal of ‘main sponsor’ Alisher Usmanov less than five weeks after his arrival, and the fact that in true Everton style, Lampard had been appointed on transfer deadline day, meaning that he had to work with the players that he inherited from the doomed reign of Rafa Benitez. Plus Dele Alli and Donny van de Beek.

And while there is a case for saying that his time at Goodison Park has been spent operating with one arm tied behind his back, this has also been somewhat overstated. Everton’s previous profligacy in the transfer market had affected the club’s ability to spend the sort of king’s ransom they had splurged during previous transfer windows, with the biggest piece of transfer news of that window coming with the sale of Richarlison to Spurs, though they did manage to find enough down the back of the sofa to drop £20m on Dwight McNeil, £33m on Amadou Onana, £15m on Neal Maupay, £15.5m on James Garner and £2m on Idrissa Gueye.

The fact remains that after almost exactly a calendar year in the job Lampard leaves Everton with the club in 19th place in the Premier League, with a points per game average for this season that would leave them on 29 after 38 games. It’s relegation form, and the fact that there are plenty of others on a similar sort of trajectory doesn’t diminish what a poor return that is.

But while the sheer heft of his name suggests that he might not have to wait too long to find gainful employment elsewhere, the question of where that might be is a different matter altogether. What has been unique about Frank Lampard’s managerial career has been the unique positions in which he found himself in all three jobs.

At Derby County, even before its full extent was apparent, the club’s spending had dialled up the pressure on him to deliver Premier League football to Pride Park. At Chelsea, the transfer embargo meant that initially he had little choice but to blood young players (Reece James was among the young players given a Chelsea debut by Lampard). Everton were a tottering shambles of a club long before he arrived at Goodison Park.

But that sheer heft also creates issues. Big names are polarising these days, and whichever club were to take a gamble on him would stand accused of being starstruck, and all the more so were things to not work out again. Lampard’s appointment at Derby was explicable; everyone has to start somewhere, and there had been talk for years of how his ascent into the upper echelons of the managerial market would be something approaching inevitable.

Much of that initial goodwill has gone now. After 185 games as a manager spread across three clubs Lampard’s overall win rate is 43.2%, but more than half of his career wins have come at Chelsea, where such a performance level would be the bare minimum. After three full-time positions in the game he is no longer a callow youth with lessons to learn and potential to demonstrate. At 44 years old, the stabilisers have been off for some time and he has to start delivering.

A lengthy career at the very top end of the club game might mean he has the luxury of being able to take a step down and not worry about the financial ramifications, but his record at Derby wasn’t so impressive that anyone would think he could improve a club fighting for a piece of Premier League pie right now. So where does he go next? How far down the football ladder might he be prepared to slide?

Cheap laughs aside, the parallels with the managerial career of Steven Gerrard are striking: two players with 220 England caps between them parachuted into the Premier League after brief apprenticeships, who the football establishment desperately wanted to succeed, both ended up out of their depths at historically big clubs who’ve undergone degrees of trauma in recent years.

Perhaps we shouldn’t be surprised that both ended up stumbling. Both Aston Villa and Everton are clubs that require a degree of careful handling. Unai Emery’s success at Villa Park has been a demonstration of the extent to which a top-level coach can make a difference to a team. Everton will be desperately hoping for a similar transformation.

Frank Lampard leaves Goodison Park at a crossroads in his managerial career, but the problem he now faces is that none of the other destinations at this junction are visible. It may do him some good to disappear under the radar for a while, perhaps to pull some strings to get a position somewhere he can learn from a more experienced manager. It’s not like he doesn’t have the contacts within the game.

It certainly feels as though a step back would do him good. As both he and his former Premier League rival Steven Gerrard have recently discovered, the Premier League is an unforgiving place for managers, and you won’t last very long on playing reputation alone.

READ NEXT: Do Everton need a ‘magician’ or just somebody more competent than Frank Lampard?