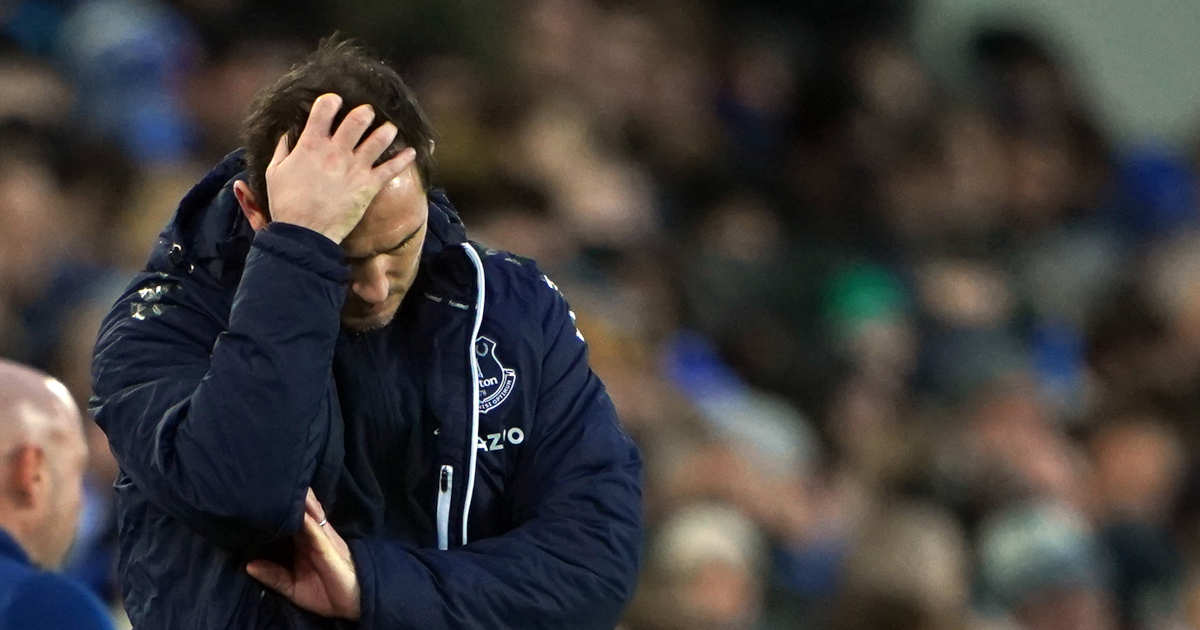 Everton had reason for cautious optimism following Frank Lampard’s first match, but that is already melting away after defeat at Newcastle.

It’s difficult to imagine that Newcastle United could have welcomed more gracious visitors to St James’ Park after the international break than Everton. Two own goals in two first-half minutes seemed a reasonable summary of the 35 minutes that had preceded them, but despite misses by Chris Wood and Joelinton which fell into the long-established narrative of Newcastle players occasionally playing as though their boots are laced together, they still had enough about them for a comfortable win that lifts them out of the bottom three and positions Everton firmly in the middle of a relegation fight.

By the full-time whistle, memories of their previous match, a comfortable 4-1 win against Brentford in the FA Cup, had all but been forgotten. When Everton supporters gritted their teeth at the appointment of Frank Lampard following the sacking of Rafa Benitez, this sort of performance was exactly what they had in mind. But while it’s a bit soon to be holding Lampard responsible for the entire mess that Goodison Park has become over the last couple of years, his responsibility is now to maintain Everton’s unbroken 68-year-long stay in the top flight of English football, with a reputation that hangs in the balance following his first two appointments at Derby County and Chelsea still on the line.

Against Brentford, it had all been a somewhat different story. There’d been a wobble at 2-0, when Ivan Toney converted a penalty-kick to halve their lead and briefly old insecurities raised their heads again, but this had been the performance that many of their supporters had been hoping for, even it if was in the FA Cup against a Brentford team that seems to be approaching freefall. The FA Cup draw has been kind to them, although even this now comes with a fine veneer of anxiety attached. Their reward for beating Brentford was a home draw in the fifth round against National League side Boreham Wood.

By any reasonable calculation, this should be a comfortable home win for Everton, but what had looked like it should be a comfortable passage to the quarter-finals now looks more like a semi-concealed bear trap. Boreham Wood beat Bournemouth away in the previous round, and considering Bournemouth’s place near the top of the Championship and Everton’s slide towards the Premier League relegation places, there may not be very much between the players at their disposal at the moment. Home matches against lower league or non-league opposition often feel like ‘no-win’ matches for the bigger club; winning comfortably is the absolute baseline expectation. Following the Brentford match, it felt as though Everton should at least be plenty capable of seeing off non-league opposition. It has taken barely 72 hours for even that tepid optimism to melt away.

Even if we consider the FA Cup to be a relative sideshow – there are few who would argue that progress in this competition is more important than staying in the Premier League come the end of the season – the pressure will remain high until Lampard has delivered a couple of wins to quell those growing fears of relegation. Next to land at Goodison Park will be Leeds United, another six-pointer. It could turn out to be a pivotal weekend in the relegation race across the board. Everton, Brentford, Watford, Norwich, Burnley and Newcastle are all at home, and with just nine points separating the bottom seven in the table, the picture at the foot of the table could change dramatically again.

Early favourite in the running to be the fall guy for any pronounced Everton slump is Dele Alli. New signings can take a game or two to bed into their new teams, and it’s hardly as though Dele has been playing regular first-team football much of late – he made just 50 appearances for Spurs over his last three seasons with the club – but the knives sharpened before he’d even kicked a ball for his new club following predictable comments made by Alan Brazil about him driving a Rolls-Royce and Glenn Hoddle about the clothes he was wearing when he was introduced to Everton supporters before the Brentford match.

To his credit, Lampard was quick to reply that ‘I don’t care what clothes he wears’, but it remains the case that there is a gamble to taking on a player like Dele, and in the knee-jerk world of modern football, that risk only feels all the more accentuated. Leading the charge on the morning after the match was, of course, the Daily Mail. There has been plenty of comment that Dele is ‘not the sort of person that you want to sign for a relegation fight’, but fair and reasonable criticism can easily descend into dog-piling and thinly veiled racism and the scapegoating of Dele will always be pushed by tabloids with a hatred for a certain type of player and a love of stirring hornets nests.

It should be perfectly obvious that the problems at Everton are structural and that they have been for several years. Even this season, they’re on a run that has seen them win just once in the Premier League since the end of September. Neither Dele Alli nor Frank Lampard were anything whatsoever to do with the first half of Everton’s season. But the truth is that the perceptions of both of these people from outside means that their appointment becomes a risk. Dele hasn’t really been the player he promised to be for Spurs for at least a couple of years, while Frank Lampard carries baggage for being Frank Lampard. And the rights or wrongs of them having that baggage is an irrelevance if those risks don’t pay off quickly.

Against Brentford, there was a break in the clouds for Everton. But now those clouds are back with a vengeance, and the gambles of the last couple of two weeks might not seem like quite such a good idea, especially with the stakes being as high as potential relegation from the Premier League.