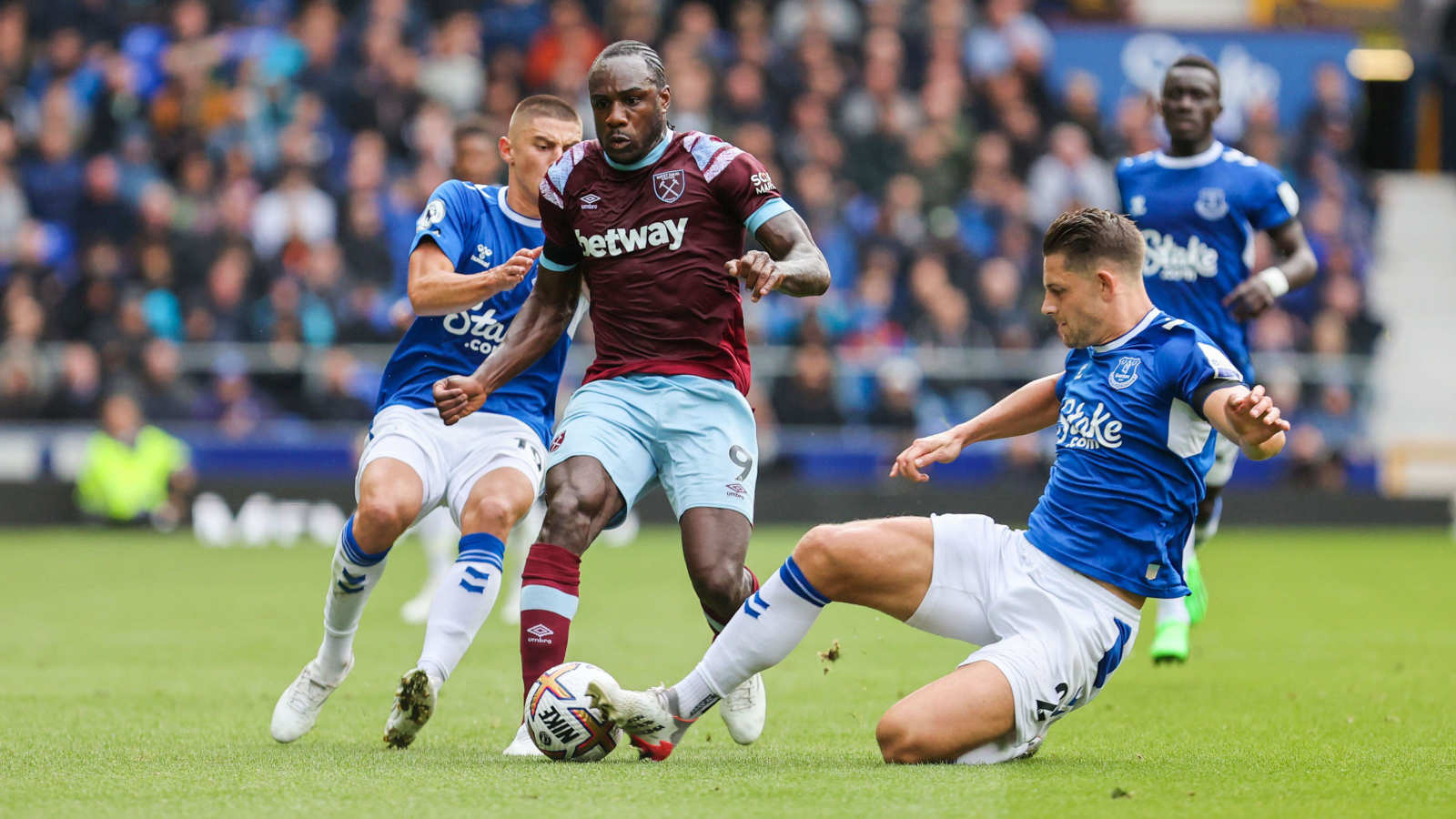 Everton and West Ham went into their game with just seven goals between them, but while Frank Lampard has a plan the Hammers seem out of ideas.

It says something for how this season has gone for both clubs that Everton and West Ham went into their Premier League match at Goodison Park having scored almost 50 per cent fewer goals between them than bottom of the table Leicester City. These two clubs have arrived at their current attacking options by very different routes. Everton lost their attacking talismans in the summer to the transfer market and injury. West Ham’s five attacking players have scored one goal between them.

September has seen a small uptick in both teams’ positions. Everton went into the game without a win, but their goalless draw against Liverpool was at least shot through with grit and determination. West Ham only had one win themselves in the Premier League, but the Europa Conference League has brought them four more. After taking four points from Aston Villa and Spurs, there was no disgrace in losing to Chelsea with two minutes to play, yet another example of a lower-placed side taking the lead against wealthier opposition and then failing to hold onto it.

And both teams arrived at this pre-international break clash on something of a knife-edge. Victory for either would lift them comfortably clear of the relegation places and towards the middle of the table. Defeat would mean an extended period of soul-searching and the possibility that the losing manager may no longer be in employment by the time the teams re-emerge in the Premier League again afterwards starts to increase. Everton and Frank Lampard can at least now try and enjoy the break.

The afternoon began with something of a precursor to what would follow, with the managers accidentally leading each others’ teams out onto the pitch for the pre-match royal tributes. Both teams spent the first half demonstrating precisely why they are 17th and 18th in the Premier League with Jamie Carragher in the Sky commentary box bemoaning the ‘lack of quality’ on display.

There was a lot of running around, a lot of solid tackling, and there were even occasional flashes of coordinated and fluid attacking play, but then a final ball would go awry, or a shot be too tame, or a sub-optimal decision made. Goalless at half-time in a match between two teams who’d scored seven goals and recorded one win between them – 1-0, of course – in their previous twelve games combined. Who would ever have thought it?

Half-time seemed to bring an improvement about in Everton, but West Ham’s confidence still seems absolutely shot, especially in attacking positions. There were points at which they played the ball out from defence with intelligence and fluidity, but once they got to within 30 yards of the Everton goal that confidence seemed to ebb away again.

Neal Maupay gave Everton the lead eight minutes into the second half with a low right-footed shot that squeezed just inside Lukasz Fabianski’s near post and once they’d scored, confidence no longer seemed an issue. Within ten minutes of scoring, Demarai Gray skipped down the left-hand channel and fired a low shot across goal that only missed by a matter of inches and would have been a definite goal had anyone in a blue shirt managed to get on the end of it.

And if there was one player who best summed up the small but crucial differences between these two teams it was Alex Iwobi. Iwobi’s arrival at Goodison Park felt like a most Evertonesque signature; an under-achiever over almost 150 appearances in all competitions for Arsenal, a third of them outside the Premier League. Iwobi has seldom looked much like an answer to anything in three years on Merseyside, but this season his improvement has been one small mercy in an uninspiring start to the season.

In its closing stages the game at least finally started to open up a little – substitute Said Benrahma hit the inside of the post for West Ham, Maxwel Cornet stung Asmir Begovic’s palm with a fierce shot from a tight angle, and a goalmouth scramble in stoppage-time might on another day have rescued them a point.

But West Ham haven’t scored more than a single goal in a Premier League game so far this season, and it’s not difficult to see why. The ball control was too inconsistent, the shooting a mixture of tame and desperate, the movement and passing altogether too predictable. And when Everton did run the clock down throughout the final few minutes, West Ham didn’t seem able to quickly retrieve the ball, never mind then moving it into more dangerous positions.

Everton look very much as though their summer transfer activity has given them just about enough for relegation to not be a major concern. The arrivals of Conor Coady and James Tarkowski have given their defence a layer of assuredness that it didn’t always have last season, and, while losing Richarlison to Spurs and Dominic Calvert-Lewin to FC Medical Room was far from ideal, the arrival Neal Maupay has added a little more depth back to their attacking play.

This is not a player with a stellar goalscoring record, with 26 goals in 103 career Premier League appearances, but he took his chance on this occasion and will likely do so often enough to keep Everton afloat as long as the defensive resilience remains. It might not be much fun but in this performance, with a strong defensive display – despite not having his first choice goalkeeper – and the midfield showing considerably more creativity in the second half, the direction that Frank Lampard is striving toward is at least clearly visible.

West Ham looked largely stagnant and bereft of ideas, and winning matches in the Europa Conference League doesn’t seem to be doing them much good in the Premier League, and with getting on for a fifth of the season now having been played it seems fair to wonder whether they might be an expected presence near the relegation places for some time to come.

They look a very long way from the heights they’ve hit over the last three seasons, and that reflects badly on the manager. David Moyes will be going into the upcoming international break with some degree of trepidation. On the basis of his team’s performance in this match, this is with good reason. It’s starting to feel as though his time at The London Stadium may have run its course.