Home Everton Just give it Big Dunc ’til the end of the season, Everton 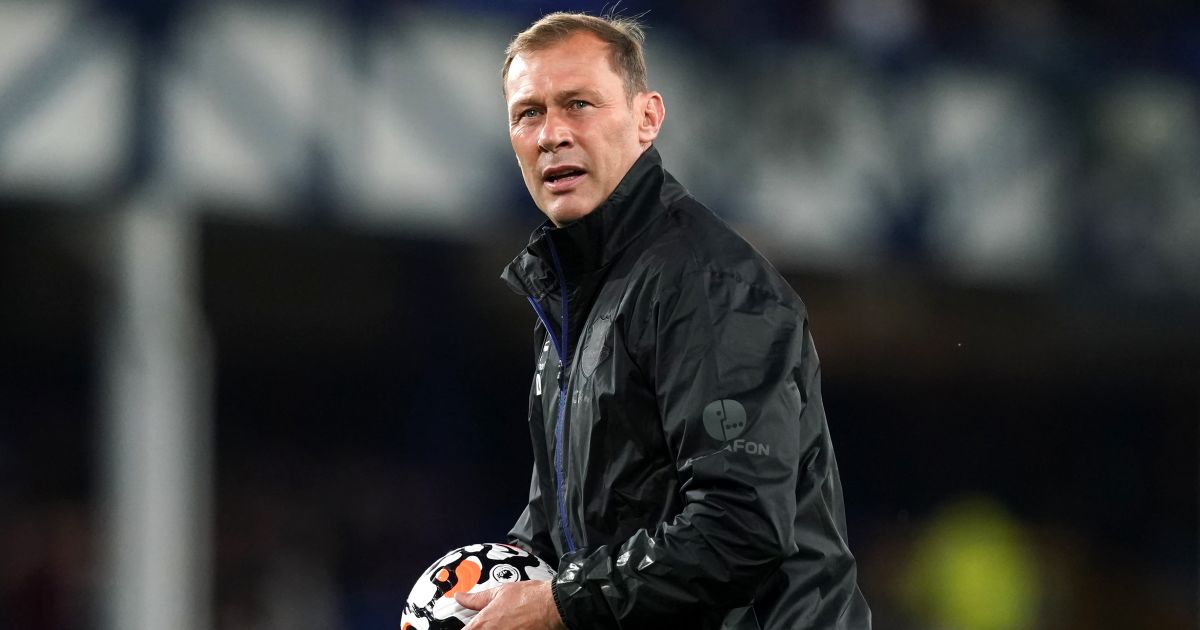 The latest new manager search at Everton should not be about finding a new manager to take over right now.

Really, there is no need. There is no compelling and obviously available candidate who could come in and start the latest reboot of a club in purgatory. So they shouldn’t bother. Rushing an appointment – or trying to pull off an absurd and just as importantly underwhelming job share arrangement with Roberto Martinez – represents a high-risk approach. The chances of botching it are high and the dangers associated with patience far less compelling.

Everton fans – being football fans and thus inherently prone to doom-laden panicked prognoses – may think they could actually end up getting relegated, but they are fortunate to be quite so very Everton in this particular season. They actually are too good to go down. Or perhaps ‘not bad enough to go down’ is a better way of putting it.

Ordinarily, Everton’s moribund football, one-point-per-game record and run of one win in 13 Premier League games would be precisely the sort of thing to get a team dragged into a relegation scrap they have no business being in. Not this season, though. There are four teams even worse than this Everton side and one of them becoming the richest football club on earth has changed nothing.

Everton, for all their nonsense, are still six points clear of the bottom three with games in hand. They don’t need rescuing, they just need cheering up a bit.

It’s been a challenging couple of years for the entire concept of ‘the passing of time’ but even given everything else that’s going on, it’s still hard to get your head fully around just how fun, exciting and joyous a thing Everton was for that brief period at the start of last season when all things seemed possible. It’s only 16 months ago.

They don’t need Martinez. They certainly don’t need Jose Mourinho, a move that would almost certainly be disastrous for Everton no matter how much the rest of us might briefly enjoy him being over here and acting the massive, massive prick about postponements until the novelty wore after about a week.

The romantic idea of Wayne Rooney riding into save the club he played almost as many games for as Alessandro Pistone is dafter still; it would genuinely be a terrible idea for both player and club. Rooney is far better served continuing his managerial apprenticeship at a far less dysfunctional club like, er, Derby.

But that doesn’t mean this isn’t the time for a bit of knows-the-club pashun. It’s right there in front of them. Duncan Ferguson is already in temporary charge, and there is vanishingly little for Everton to lose by formalising that appointment until the season’s end.

He did fine as a cheerleading caretaker before and lifting the febrile, poisonous mood around Goodison is half the battle here. Just get this season out of the way and move on.

If Ferguson can lift things even to the low-bar target of Everton becoming the sum of their parts it won’t take a great deal to find themselves 12th and making the whole idea look that bit more appealing and less of the doomed long-term project that, let’s all be real for a moment here, it probably is.

Everton have flittered about from one managerial style to the next without ever seeming to have much of a plan in place. That has to change. It won’t be done by haring into appointing anyone while the temperature remains so high. Mourinho and Rooney might be very different flavour of disaster, but both represent greater long-term and almost certainly greater short-term gambles than just sitting back.

The one major positive for Everton in the midst of their gloomy crisis is the inability of other teams to make them pay the full price. There is often a team in the Premier League as bad as Burnley or Norwich or Watford or Newcastle. Sometimes there are even two of them. Rarely are there four.

It’s more than Everton deserve, frankly, given the shambling way of things there over the last year and a bit, but it’s a gift they cannot spurn.

Plan something properly. Decide on your strategy. Identify the people to deliver it. You’ve got six months where Big Dunc’s vibes and the incompetence of others will take care of the short term to give the club a precious (undeserved) chance to make the right decisions in the long term.

Just don’t expect us to tell you what those decisions might be. We didn’t say it was easy; we just said it was a chance.