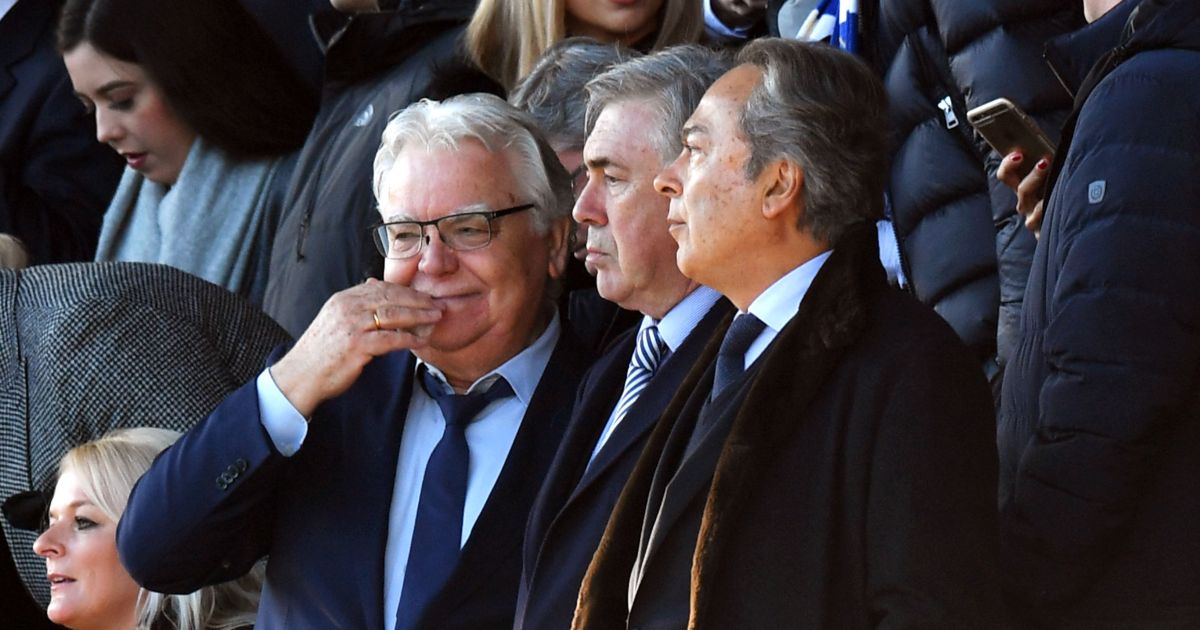 An Italian friend of mine, who is not too well acquainted with football, recently asked me, ‘What is an Everton?’. The question ignited a flurry of thoughts, resulting in a jumbled and hardly concise response.

‘An Everton’. Well, some might cynically tell you ‘an Everton’ is very much an entity similar to a ‘Tottenham’: a team secluded by the shadow of their nearest rival, and some cruelly say that might even be the entirety of their relevancy. It’s harsh but, really, how else can you explain them? What else does ‘an Everton’ do?

Well they ‘do’ mediocrity, or something just above it, traditionally in the Premier League. And that’s about it.

There have been some glimmers of European spectacle, but that’s all: ‘glimmers’. A bottom-half finish? Well that’s an unfortunate campaign for them, yet not too surprising, while anything above 5th is overachieving for ‘an Everton’ in this period. Indeed, they often occupy the berth between the top six and The Rest, making for a seldom discussed, enigmatic club whose remarkable historical prestige has sadly been dulled in recent seasons.

Before you click off in agitation, this is the outside perspective and has been for some time, even though fans will rightly know there’s more to it.

The spiral into the inconsistent and middling started after their FA Cup win of 1995, and then again relatively soon after the somewhat halcyon days of David Moyes, but even then it was never fully there; the debacle years with Walter Smith meant that they were no more than ‘plucky’ chancers, those former European Cup Winners’ Cup champions who won the league twice in the 1980s, now everyone’s favourite underdogs biting at the tails of what was the top four.

Since then, managers have mostly struggled to realised their potential, and they’re now on their ninth in eight years.

Hopefully you’ll excuse indulging in recent history but it is relevant to what is transpiring at Everton currently. It’s not obvious, but they’ve really been striking some of the right chords and showing they’re out of these managerial muddles with tepid campaigns; they’re showing they might even be revolutionising at a slow-burn pace.

It’s now five years to the month that Farhad Moshiri first bought a stake in Everton. Within weeks, he promised Champions League football, but the closest they’ve come was 2016/17 when they finished 16 points off fourth.

But that’s not to say the owner has just been full of talk and not much else. His legacy has been far from poor. He’s actually been everything a modern fan could hope for, from the on-pitch investment to the brilliant behind-the-scenes work: their soon-to-be-built mental health hub has been approved by the council and their stadium on Bramley-Moore Dock is pending decision. His charitable donations haven’t gone unnoticed by supporters, either.

It has been a frustrating time on the field, with everything seemingly done right despite the lack of progress. As of 2020, Everton had the fourth largest net spend in the Premier League across the past five seasons (some £250m at the time), while their overall spending under Farhad Moshiri is now well over £400m.

Backs every manager we had, I love you Farhad Moshiri 🥶💙 pic.twitter.com/5BAeOdWUdR

It’s a clear sign of the owner’s intent, but yes, the venture up to the summit has been full of hard slopes, dislodged rocks and terrible choices of their own making.

Names like Cenk Tosun, Davy Klaassen and Morgan Schneiderlin still haunt dressing rooms and scouting meetings, while Everton have not helped themselves with a willingness to fork out tons on players who might seem a real gem in certain sides but not theirs: Gylfi Sigurdsson was, in fact, joint top scorer for Everton two years ago, but you will be hard-pressed to find a more unpopular player at Goodison Park right now, dubbed by some as the epitome of the cultural half-arseness that’s plagued the side in recent years.

In the dugout, well, it was only a few years ago that Sam Allardyce was deemed an appropriate appointment, even though it feels as though it happened last century (much like his tactics).

Yes, since Moshiri, league finishes have hardly aligned with the money spent and they have been reminiscent of a pocket-size Man United in that respect: transfer activity on a smaller scale but, barring the past year, they’ve often been guilty of bringing ‘relatively good’ players at best in rather than humdingers who can push them over the hill and towards ventures last realised 30 years ago.

Moshiri’s actions have always screamed ambition, but it’s like Everton are constantly flirting with the idea and concept of progress rather than the real thing.

But the last summer transfer window showed much more pragmatism. They did have a sizeable £67.38m net spend but this included some real coups like James Rodriguez on a free transfer and Allan for £25m. These were players who had been drawn to the club not necessarily because they’ll get to wear that slick blue kit and enjoy fish and chips on the port, but because they are integral parts of a wider vision.

If Moshiri was the first, Carlo Ancelotti has been the second key needed to unlock new beginnings.
Despite his jaw-dropping trophy count (still one of only three managers to win the European Cup three times), he was not a favoured choice by some pundits and reporters at the time of his announcement. But he’s slowly showing why his name carries – and pulls – so much weight.

We know the current Germain Invasion is the dominant force in modern football tactical blueprints and it’s been argued that approaches like Ancelotti’s are now a tad benign in their concept; that the game has moved on slightly to a more front-foot, high-pressure style.

But that would be to disregard the managerial prowess of a man whose adaptability is that of a chameleon with as much foresight as a world-class equity investor.

It’s no mistake Dominic Calvert-Lewin has come into full flourish under his guidance. In 2020/21, the striker has already scored 56% of his combined goal tally over the previous four seasons, while Lucas Digne has been elevated to the point where he’s now statistically the best dribbler, tackler and key passer in the squad.

Tom Davies, who was tipped as England’s next best thing for a matter of months before being taunted as nothing more than a walking Mundial magazine, is now putting in thoroughly competent performances to show the hype was at least grounded in some truth.

Tom Davies, by the way, what a game from him again

There was and likely still is a belief that Everton represented a huge downgrade for Ancelotti. It is a club whose potential could match any, but he’s clearly been sold a vision of it by the owners and that speaks loudly volumes as to where they see the club in a matter of years.

And it is a premature assumption that Everton are on course for some of their best years on the basis of a manager’s name, but this season has shown why belief is starting to bubble.

Everton being top of the table earlier in the season arguably didn’t help them. They won their opening four league games but they were all against bottom-half relegation clubs, bar Spurs, while the 2-2 draw with the champions in their fifth game doesn’t look as impressive a feat in hindsight.

But even if their ascension hasn’t been with as much gusto as previously suspected, Everton have clearly elevated themselves from their tepid, uninspiring previous campaigns. There has been undeniable progression even in recent games – their last-gasp draw against Man United and their scrapping cup win over Spurs is something scarcely seen at Everton in recent times.

We must remember, they finished 12th last season, an inch above Steve Bruce’s Newcastle and now two victories will see Everton third, joint on points with Leicester City. They are on course to finish the season on 67 points, which would have put them third last campaign.

There are issues: home form is troublesome (though some might say that’s coincidental); some players still show a lack of fight; and even more worryingly, sometimes simple tasks like player positioning during set pieces looks inept (Davinson Sanchez’s opening goal for Spurs). While some might see Ancelotti as a perfect project manager, he typically doesn’t stick around for long. This is his fifth club in just under a decade, managing no more than 77 games at three of his last four sides.

But it’s trial and error. Time is Everton’s biggest friend. Their ambition at least matches that of their inner-city rivals in the more recent transfer windows, and if it continues then they will only grow and improve.

Watch this space: those barren, lost years since 1995 will be a distant memory soon, just as it should be for ‘an Everton’, a sizeable club with bags of potential showing the right intent.