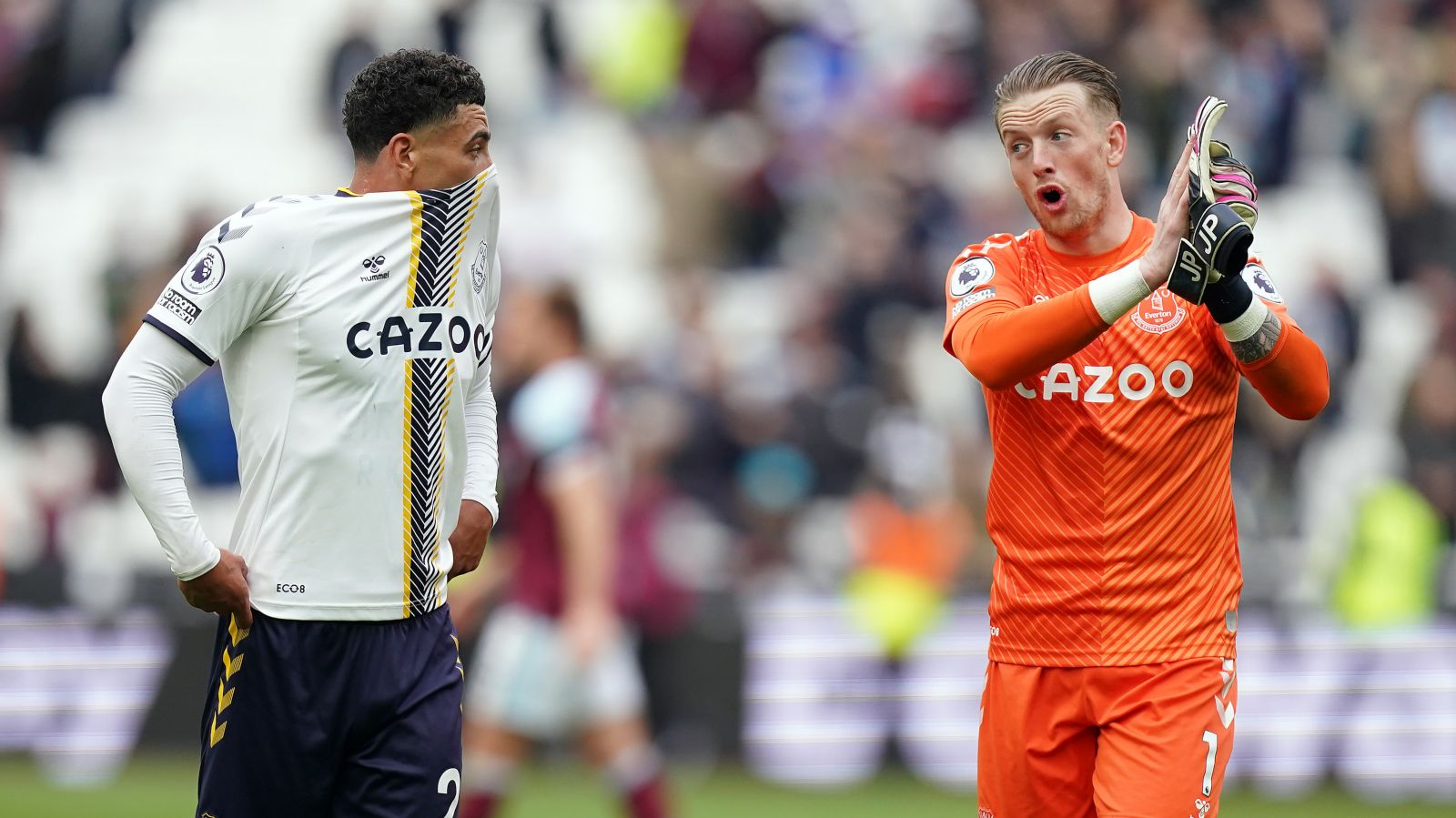 Everton had moments of relative competence against West Ham but few teams collapse in quite as pronounced a way after one individual mistake.

It was presumably a relief for Frank Lampard to see Jarrod Bowen cleverly lift his finish over the sprawling Vitaliy Mykolenko and restore West Ham’s lead at the London Stadium. Five minutes earlier, Mason Holgate’s equaliser ticked every box the Everton manager bemoaned during his post-Palace pummelling pontification as to the squad’s testicular fortitude.

The headlines a fortnight ago were predictably and justifiably dominated by Lampard openly wondering whether the rabble he inherited had the requisite “bollocks to play”. Hidden within that was a peculiar dismissal of the many actual goals his team conceded in an FA Cup quarter-final, as if accidentally or unluckily losing 4-0 was a source of comfort and not just a different kind of damning indictment.

“A goal from a corner, then another average goal, a fluke goal and another average goal” was his risible description of the strikes that curtailed any hope of a silver Wembley lining to this dismal cloud of an awful season. Holgate’s deflected half-volley from a corner West Ham had failed to clear was thus a fitting first away goal an Everton player had managed to score under Lampard’s tutelage.

Their subsequent collapse was equally apt. Michail Antonio was allowed to turn on the halfway line and sprint at an empty attacking third of the pitch twice – which some experts might argue is twice too often – so high was the defensive line the visitors deployed. In the first half he spun away from Michael Keane and lulled the centre-half into a booking, barely a minute after Aaron Cresswell’s phenomenal opener. In the second he was played in by Pablo Fornals and forced Pickford into a save he could only parry as far as the lurking Bowen.

Antonio would tempt Keane into a second yellow card a few moments after Bowen’s winner. Having a player sent off in three successive Premier League games does not sound like a recipe for survival and this Everton squad hardly has the air of Bear Grylls or Ray Mears.

They played relatively well. Richarlison had a couple of opportunities, first rounding Pickford but succumbing to Ryan Fredericks’ recovery pace, then clipping over the bar with the outside of his foot. Alex Iwobi, operating from a more central position, knitted some fine moves together with incisive passes to a multitude of runners.

But foolish individual mistakes undid them, not least the Nigerian’s. Rolling his foot over a Keane pass in a sort of Steven Gerrard-lite moment, Fornals instantly slid Antonio in behind to create the second goal. For the first, Holgate – drafted into the starting line-up after an injury to Donny van de Beek in the warm-up – unnecessarily bundled Bowen over in an officially dangerous position.

The most striking thing about Everton was their fragility. At 0-0 they were decent enough and fairly progressive. At 1-1 they looked confident, bright, assured. Yet that is only ever a façade which crumbles under the concession of a goal or even just a single error.

It is an awful combination: players so brittle and distractible that they can be offside from their own short corners when chasing a late equaliser; and a manager seemingly incapable of inspiring or cajoling them. Everton’s last hope increasingly seems to be that three worse teams exist, of which their next opponent must be one. The result against Burnley could decide their short and long-term fates and away form such as this hardly bodes well.