Home F365 Says Should we remove the staple of extra-time for more penalties? 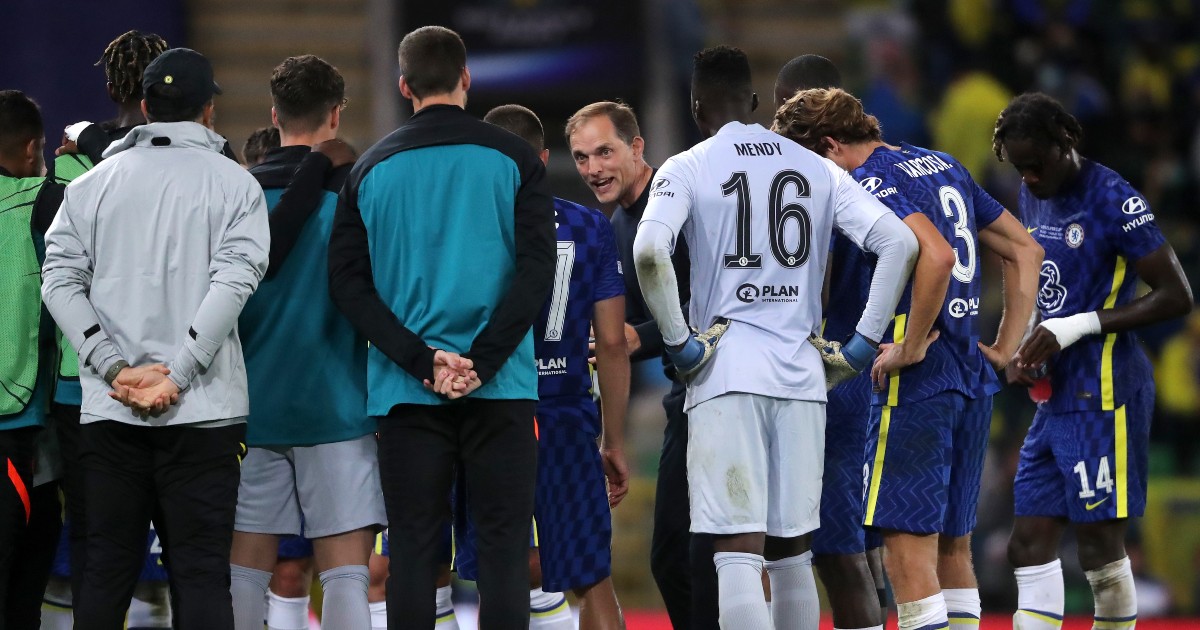 The folly of extra-time was exposed further by a Super Cup between Chelsea and Villarreal which had to be elevated by a penalty shootout.

When Gerard Moreno’s equaliser for Villarreal in the UEFA Super Cup final against Chelsea hit the back of the net, the sense of exasperation was palpable. The Blues had raced into an early lead and deservedly so, but by the second half they, like Arsenal and Manchester United in the Europa League last season, found out the hard way just how difficult the Yellow Submarine could be to contain.

The frustration didn’t just come from Thomas Tuchel on the touchline or the fans at Windsor Park in Belfast, but scores of people watching on the television.

Both clubs kick off domestic campaigns this weekend so the idea of extra-time in that context was borderline absurd, seemingly ignoring what was best for everybody from a fitness point of view. More matches are being played at a higher intensity than ever before, in part because of the pandemic which effectively rolled two seasons into one. With a World Cup also being shoehorned into the winter of 2022, common sense needs to prevail when it comes to managing player welfare.

Yet the aversion to the entire concept of extra-time runs much deeper. From a spectacle point of view, it is often boring. From a sporting one, it is another way of stacking the deck in favour of the better teams with bigger squads and deeper pockets.

Penalty shootouts are the most entertaining way of settling any match, guaranteed to make even the most disinterested viewer tune in. It is a cliché to say they are a lottery: the best players train the skill and perform under pressure and they should be able to handle what is, technically, a rather simplistic requirement. But part of the drama is not knowing if and when somebody will lose their nerve. In a world becoming increasingly obsessed with instant gratification, the pace at which it unfolds makes for even better viewing.

Football’s beauty comes from being swept up in the action; the emotion and the excitement of a match that, as a neutral at least, you don’t want to end.

Sometimes that happens. Italy v Spain at Euro 2020 really benefited from an encore. It was an exhibition of tactical and technical brilliance and there was a knife edge on which the match sat that made it so engrossing. But watching a cagey affair can be draining and that is the chance you take. Sometimes extra-time can set matches free. When Italy beat Austria in the last-16, a drab, lifeless encounter sprung into action, but that felt rare.

Generally speaking, extra-time is not the best way to see the most compelling action. Tighter games ending in draws are naturally going to require more energy and there has been an increase in matches where both teams ‘settle’ for a penalty shootout – too tired or, more likely, fearful of going all out to try and win, only to be caught by a sucker punch.

According to a StatsZone article, between 1970 and 1979, the percentage of matches in both domestic UEFA competitions as well as the World Cup and European Championships going to penalties after reaching extra time was 42.35%, while between 2010 and 2016, the number rose to 53.5%.

There is a wider problem with extra-time, too: we haven’t quite figured out how best to utilise it. In effect, what should make it work and means it often doesn’t are mutually exclusive. The bigger you make the carrot for teams to try and win, the bigger the stick becomes at the same time. Golden Goal was the perfect example, billed as the chance to win a game in an instant, to snap victory from the jaws of defeat, as France did against Italy in the final of Euro 2000. But of course, the opposite is true and losing in a split second is the most painful way of all.

Silver Goal followed, allowing the conceding team until the end of either half to respond, but it never stuck and we’ve had to return to the unsatisfying norm of the standard 30 minutes.

Business and football are more identical than ever, with politics making bigger inroads by the day. The balance of competitive fairness, with certain teams and even leagues becoming exponentially richer than their direct rivals, is being affected in even the smallest ways. If a smaller club has battled their way to a draw against a team with a much deeper squad, which can then be utilised in extra time, then the chances of a pay-off for that heroic performance is minimal, especially after the introduction of an additional substitution after normal time. Penalties are not all down to luck but they certainly are a leveller. Both teams have to deal with the same conditions and mentality is much easier to match than pure talent.

Extra-time is a staple of football but it shouldn’t be. It rarely adds to the spectacle, tires teams out and only further magnifies growing inequality. Penalties are a novelty which excites fans. Perhaps if they become more common they would lose their magic, but they remain the best way of deciding matches because extra-time is a lost cause.