Zaha wants to leave; Crystal Palace don't want to sell him. Eze isn't the answer now, but he soon could be. 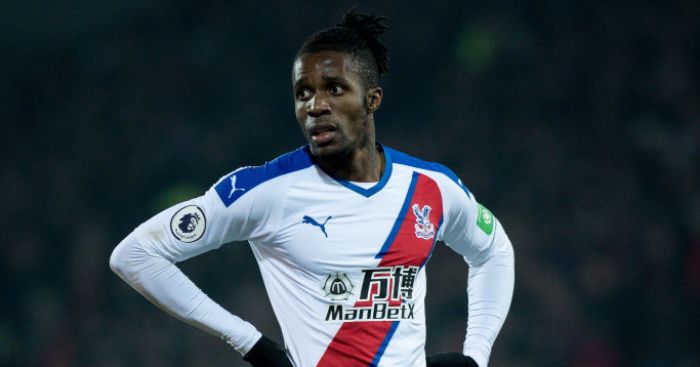 It was most people’s first question: Have Crystal Palace signed Eberechi Eze to replace the departing Wilfried Zaha? It’s unlikely to be answered this summer, but the move at least offers Zaha hope that Palace will at some point, in the not too distant future, be able to cope with life in the Premier League without him.

As it stands, Zaha is still stuck – at a club he loves, but one with ambitions far below his own. Like Jack Grealish, he’s been priced out of a move.

Reported bids of £40million and £60million from Arsenal and Everton respectively last summer fell short of Crystal Palace’s £80million valuation. What was a speculative asking price is now wholly unrealistic. In a coronavirus-affected market, clubs that may have been in for Zaha are showing no interest, particularly with his poor end-of-season form fresh in the memory.

“It [speculation] has obviously affected him because his form in the last few weeks has really been poor considering what he is capable of doing,” Roy Hodgson said after Palace’s 1-1 draw with Tottenham on the final day of the Premier League season.

“It’s a dilemma for the club and a dilemma for him if he is so set on leaving. If he feels he just does not want to be with us any more, that would be sad.

“We still like him very much, we can’t make him like us. This is a situation that only he and the club can sort out. I don’t have an answer.”

For this to be turned into a question of commitment is both fair and unjust, depending on the point of view. Palace will see Zaha’s persistent desire to leave midway through a five-year £130,000-a-week contract as a sign of disrespect; Zaha himself will claim he merits a move away – of which he has made no secret – given he’s been the club’s best player over the last six seasons and had he left in that time they would probably not still be in the Premier League.

And that is, of course, the crux of the matter. Crystal Palace have been loathe to sell Zaha over fear for their Premier League future. A fee of £40million wouldn’t really have helped them. A winger of that value – a straight replacement  – would not be as impactful, have the same affiliation with the club, or even be attracted by a move to Selhurst Park. Divide that money between two or three signings and the risk would be split, but uncertainty of life without Zaha would remain.

But now, with the £16million acquisition of Eze, Palace have bought themselves and Zaha an option. The club could – not now but soon – be in a position of strength; one in which they can let Zaha leave for a reasonable price with less fear of reprisal, with Eze on hand as an insurance policy. If we let Zaha go, we’ve still got Eze.

Had Zaha not made his ill-fated move to United in 2013 he may not have designs on leaving Palace, content in the knowledge that he would be remembered as a Matt Le Tissier-style legend: someone who gave up the chance of the big time to stick by the club he has played for since he was 12, scoring goals at the ground he has lived a stone’s throw away from since before he was able to throw stones.

But because of that spell at Old Trafford, Zaha would instead be thought of – by those outside of Palace at least – as the player that tried and failed to make it at the top: a big fish from a small pond that got lost in the ocean. He wants to set the story straight, to prove he has what it takes. And who can blame him for that?

It would be a real shame if Zaha left amid downed tools and fan unrest – he and Palace deserve more than that. If Zaha can hold his nerve and his patience Eze could be the key to a peaceful parting: a buffer necessary to ensure they go their separate ways with happy thoughts of their time together rather than with scarring from the unamicable, messy ending that’s still on the cards.