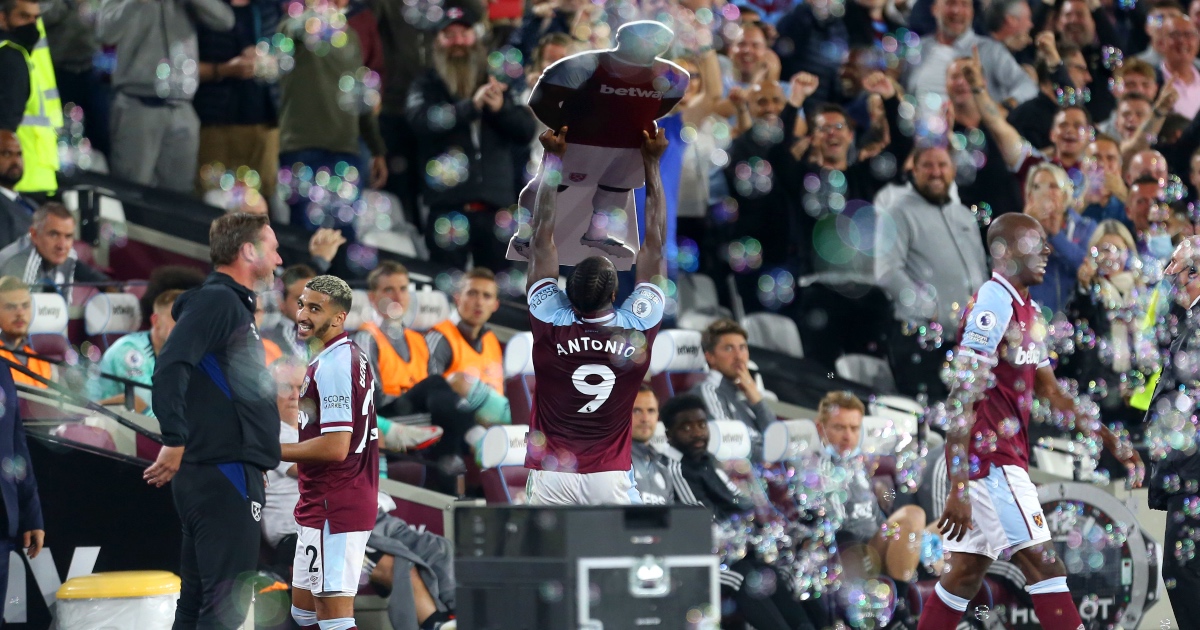 “I always felt with West Ham, the crowd could be their best friend or worst enemy. It’s no coincidence that this season there is more freedom, more flair.”

Jamie Redknapp said it, but it was a thought that crossed many minds. While Liverpool and Sheffield United suffered without their fans, West Ham prospered. “Coincidence”? No – just nonsense.

Admittedly, this was not a great test of the London Stadium toxicity. The red card shown to Ayoze Perez for a horrible challenge on Pablo Fornals certainly helped, but West Ham were the better team – in terms of chances if not possession – before Leicester were reduced to ten men, when total dominance ensued.

Youri Tielemans couldn’t get on the ball and Wilfred Ndidi was robbed of possession bizarrely frequently. Roared on by the West Ham fans, David Moyes’ side were quicker, stronger, better drilled – simply superior in all areas.

Just as they are compared to themselves back in February 2019. Issa Diop, Jeremy Ngakia, Mark Noble and Sebastien Haller started that last pre-Covid home game. Vladamir Coufal, Said Benrahma and Craig Dawson, who were all excellent against Leicester and have played a huge part in West Ham’s resurgence, have never played in front of Hammers fans packed to the rafters.

Fornals, who was something close to a £25million figure of fun before the Covid lay-off, has been brilliant since and there was a beautiful moment, having let out a guttural roar after opening the scoring with a fine finish, in which he looked around at the manic scenes in the stands around him and looked either scared or totally overawed by what he was seeing.

The point is that this is just a team in a totally different place to when the fans were last in. We will never know for sure whether they would have been this good had fans remained, but to even mention it as a factor given the complete alteration in playing style, desire and sheer quality under Moyes is an insult to him, the club, let alone the fans – who endured stale football for a long time before this moment in the sun.

Fever pitch came as Michail Antonio scored his 49th goal to become West Ham’s all-time leading Premier League goalscorer. One touch with his back to goal, another to get the ball out of his feet and a third to smash it into the corner. Just as Romelu Lukaku was unplayable on Sunday, so too was Antonio. The touch over his shoulder before he poked the ball beyond Kasper Schmeichel for his second was absurdly good.

“I’ve got to do it special, innit,” Antonio said in his post-match interview, explaining his ‘Save the Last Dance’ celebration in which he lifted his own cardboard cutout, lost on the Sky Sports studio and this amused but bemused onlooker. “I just love playing with a smile on my face,” he said. He’s one of few footballers that transcends fan fealty – it’s impossible not to root for him.

“I hope we can give them a show like we have when they weren’t here,” Moyes said before kick-off. Not half, David, not half. What a performance, what a night.