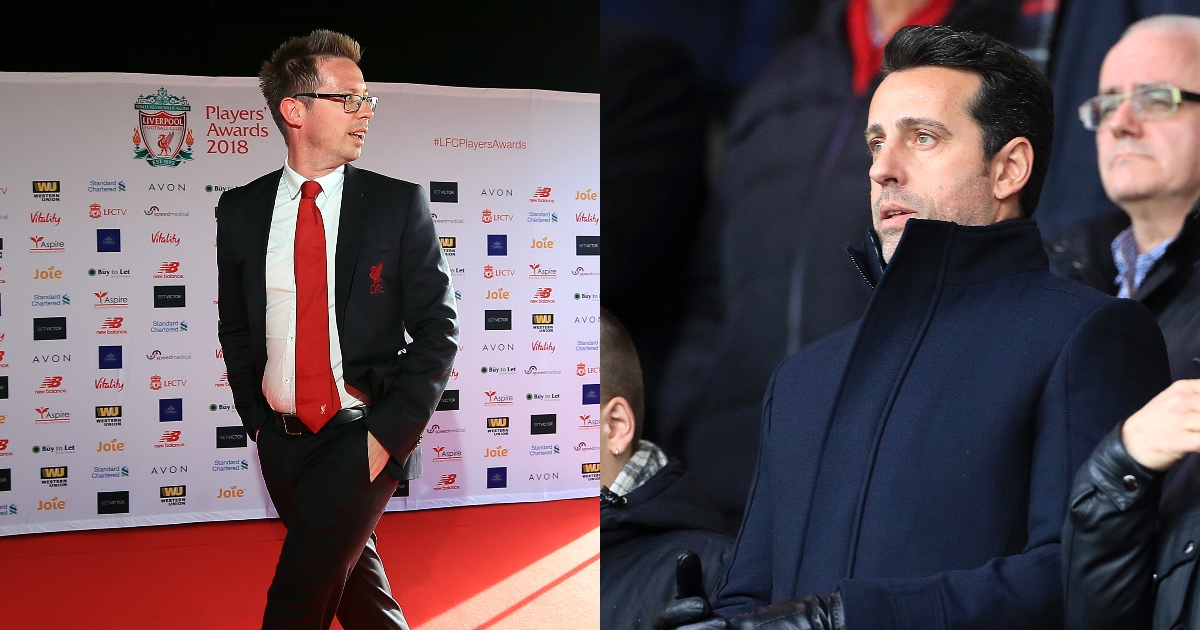 Liverpool have shown that the right people can reverse the slide. But are Edu and Mikel Arteta a match for Michael Edwards and Jurgen Klopp?

Arsenal are in a curious and unpleasant place, their opening-day exploits heightening fan frustration in a summer of failed pursuits and fuzzy transfer thinking. Arteta has until December to come good after a two-season ‘free hit’, but Edu has less than two weeks to make the necessary signings to give his manager a chance of Boxing Day in the dug-out.

The signings of Chelsea rejects David Luiz and Willian were “stupid” and “lazy”, they’ve pursued playmakers and strikers above their station, and have big players on huge wages not pulling their weight.

There is a degree of misfortune. The form of Pierre-Emerick Aubameyang as he drove Arsenal to FA Cup glory meant they essentially couldn’t not offer him a big deal; they didn’t know he would do a Mesut Ozil. And had Real Madrid not changed their mind over Martin Odegaard and then changed it back, the slightly embarrassing, resource-depleting chase of James Maddison may never have occurred.

But there are still strange decisions being made. Aaron Ramsdale is a solid Premier League goalkeeper, but the £30million he’s going to cost could surely more effectively be spent elsewhere and the time it’s taking certainly could. He’s not much better than Bernd Leno and nowhere near as good as Emiliano Martinez, who left for £15million last summer.

The perception of Arsenal is an issue. They’re a ‘big club’, but that matters little to potential signings, who covet European football above all but their wage packets. They’re in the same position now as Liverpool were in the summer of 2016: the first window in which Edwards led their transfer negotiations.

It’s important to point out that neither Michael Edwards in the time since, nor Edu since he was appointed Arsenal technical director in the summer of 2019, are in sole charge of transfers at their clubs. Raul Sanllehi, Arsenal’s head of football until a year ago, must shoulder much of the blame for signings made before his exit. It’s rarely clear who has played the leading role in transfers at Premier League clubs in 2021, so we’re not praising or criticising individuals, but the strategies, successes and failures of the clubs they represent.

We’re using Edu and Edwards as the figureheads because of the positions their clubs were in at the juncture at which they were appointed. Both Liverpool and Arsenal were sleeping giants, not playing Champions League football, with some money to spend but not as much as their Premier League rivals. And they’ve gone in opposite directions.

In Edwards’ first season, Liverpool brought in Sadio Mane, Georginio Wijnaldum and Joel Matip, making a £4.93m profit on transfers as the Reds went from eighth to fourth in the Premier League. Arsenal signed Nicolas Pepe, William Saliba, David Luiz and Kieran Tierney in a £96m loss in Edu’s first season, as they went from fifth to eighth.

Mohamed Salah, Alex Oxlade-Chamberlain and Andrew Robertson were signed by Liverpool the following summer, with Virgil van Dijk joining in January, as they made a £9.5m profit and retained fourth spot. Arsenal stayed eighth, having signed Thomas Partey, Gabriel and Willian in a £59m loss in Edu’s second season.

It was at that point for Liverpool (this point for Arsenal) that they signed Alisson and Fabinho ahead of winning the Champions League the next season and the Premier League the following season. Arsenal want Ramsdale, have signed Lokonga and would take sixth spot right now if it was offered to them. It’s a stark contrast.

Perhaps the big difference is Klopp. Had Edu been in charge of transfers with that type of manager to work with – someone with previous title-winning experience and the respect of all staff and players – the Arsenal signings would likely have been very different. The jury is still very much out on Arteta; it’s hard to separate him from the Arsenal players, the club and the difficulties he finds himself in, given this is his first managerial post.

And while the Arsenal boss needs a no-nonsense attitude to improve the professionalism and grit of his players, that stance also seems to constantly put him at odds with one or more members of the squad, creating ‘friction’ and meaning the club is perceived to be more and more toxic; not an attractive landing spot for potential new signings.

Conversely, if Arteta had Edwards to lean on to secure his transfers, rather than Edu, Arsenal may also be in a very different situation – we don’t know. All we do know is that one pairing got things very right and the other, thus far, has not.

The good news for Arsenal is that Liverpool have shown that the slide is reversible. With smart signings and the right people in place to make key decisions, tides can turn and success – which looks a long way off for Arsenal right now – could be just two or three seasons away. But Edu needs to make those smart signings in the next fortnight to convince doubters that he may be that right person, and give Arteta a hope of proving the same.