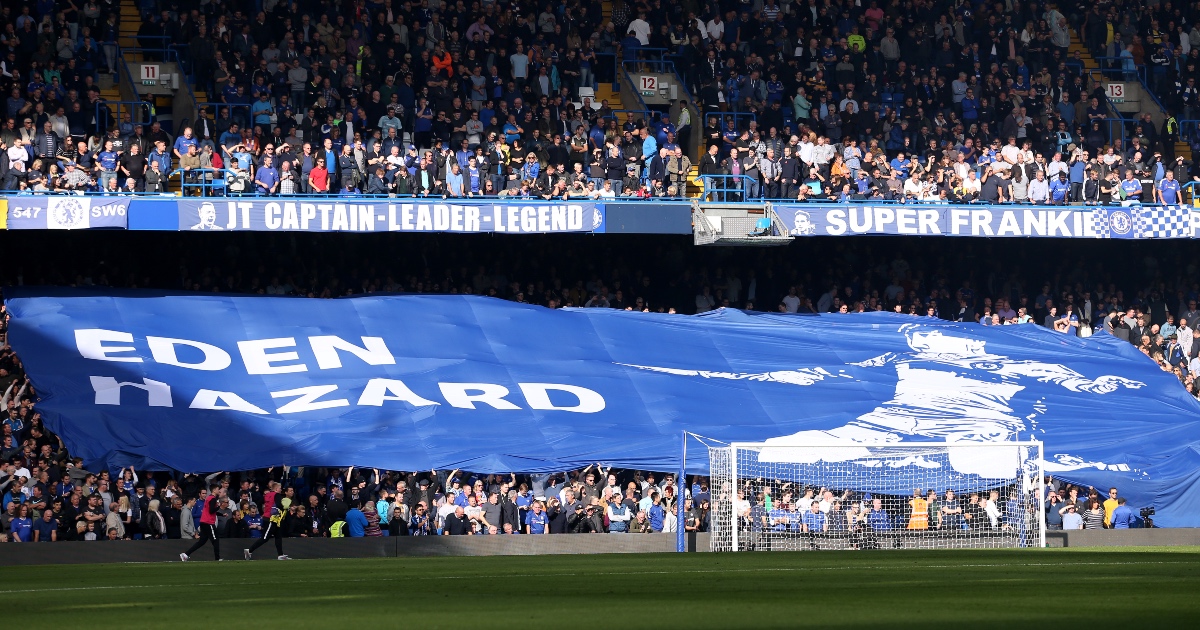 Eden Hazard is living a nightmare and Chelsea need a spark his ‘replacements’ have failed to provide. Come on home.

A report claims Chelsea and Real Madrid have held ‘informal discussions’ over Hazard’s return to Stamford Bridge. Roman Abramovich sees Hazard’s poor form in Spain as ‘just a phase’ and Hazard himself is said to view a return to England as a ‘very good option’. Madrid are willing to cut their losses but want more than the £34million Marina Granovskaia is said to have put on the table. A Reece James swap is surely a non-starter, but Chelsea have a number of more suitable makeweights in a deal worth more than nostalgia.

This was the summer of homecomings. Romelu Lukaku and Cristiano Ronaldo returned to their former clubs: one to prove a point, the other to hammer his home. And there’s something about a homecoming that speaks to the soul of football fans. It’s the familiarity – the chants, digging out the shirt from the back of the closet, reminiscing about simpler times, always perceived to be better, regardless of whether they actually were or not. This was more true of Manchester United fans, who lost their collective minds viva-ing Ronaldo, rather than Chelsea fans, whose excitement was sparked by Lukaku’s exploits between his exit and return.

But if there’s one player that could evoke the same dewy-eyed sentiment at Chelsea as Ronaldo at United, it’s Eden Hazard.

He won six major trophies in seven seasons at Stamford Bridge, including two Premier League titles, notching 110 goals and 92 assists. But to boil his impact on the Premier League and Chelsea down to numbers and titles is almost an insult to a player that admits he’s “not in search of records like some other players”. He plays with a childlike glee and freedom, takes defeats and setbacks on the chin, and recognises that life extends beyond football.

He differs from world-beaters like Ronaldo. There’s joy in a goal, but just as much in an assist and plenty in arousing a roar from the crowd through a drop of the shoulder or a nutmeg. Logan Roy might take him by the shoulders and say, “you’re not a killer; you have to be a killer”, but Hazard would simply smile in recognition that he’s not and never has been. He’s an entertainer who happens to leave bodies in his wake.

Bought by Madrid following the departure of Ronaldo, they replaced a robot with a flawed genius. The Spanish side were a title-winning machine with Ronaldo propelling them to those successes. Hazard has never truly been a driving force. He was the best player at Chelsea and no doubt an inspiration to his teammates, but he was someone who maintained this image of dancing on the periphery, simply having a bloody good time. He’s taken a classic piece of youth team coach advice with him to the very top of the game. “The most important thing guys? Go out there and enjoy yourselves.”

And that is perhaps why the love for him at Chelsea is so deeply ingrained. The Roman Abramovich era has been mechanical, systematic, even soulless at times. Any style has been a by-product of substance. And while the fans will never bemoan a method that has filled the trophy cabinet, they still yearn for the thrilling days when Hazard added madness to that method. They have got nowhere near replicating it since, despite spending over £200m attempting to do so.

Christian Pulisic, Hakim Ziyech, Timo Werner and Kai Havertz have all been bought, not as direct replacements, but as players expected to fill the void in some capacity, and they have all fallen way short of the mark. Mason Mount is undoubtedly the standout shadow to Lukaku in Thomas Tuchel’s squad, and although his skill is often unfairly ignored due to his obviously outstanding work-rate, it still pales in comparison to that of Hazard. Mount is brilliant, but he’s not got the how-the-f***-did-he-do-that-ery.

“He is a top quality player and a key player for many years at this club and this league, the hardest in the world,” Tuchel said of Hazard before Chelsea took on Madrid in the Champions League last season. “So consistent; I have the biggest respect for him. He is a big player, we have many people here who know him well. He was a key player for this club.”

While that’s by no means evidence of Tuchel’s desire for Hazard to return to Chelsea, perhaps the German’s greatest frustration in his time with the Blues has been the lack of the quality he so admires in Hazard – consistency. No matter the system he plays, there will always be space in his best XI for Lukaku and Mount, but when it comes to the other forwards he may as well draw a name from a hat, such is their much of a muchness. Their form has led the Chelsea boss to call on Ross Barkley and Ruben Loftus-Cheek in recent games – two players that wouldn’t have been given a hope in hell of a first-team place at the start of the season.

Hazard’s recent injury record will be a concern, but the familiarity and comfort of his surroundings at Cobham may prove to be more than a mental tonic for Hazard, who missed just 21 games in seven seasons at Chelsea, before 57 in just over two terms with Madrid. And even if Chelsea offer one of Ziyech, Pulisic or Werner as a makeweight in the deal, Tuchel still has plenty of options to call upon should Hazard struggle for fitness.

And this is where nostalgia can play its part, to slightly cloud the minds of the Chelsea bosses, who will have the blessing of the fans (not that they need it) to ignore lingering doubts due to his previous majesty. They can wave their money wands and have Hazard waking up in London after a two-year nightmare, ready to hop back onto the Stamford Bridge turf with a smile on his face and a promise of the same for those that sing his name from the terraces.