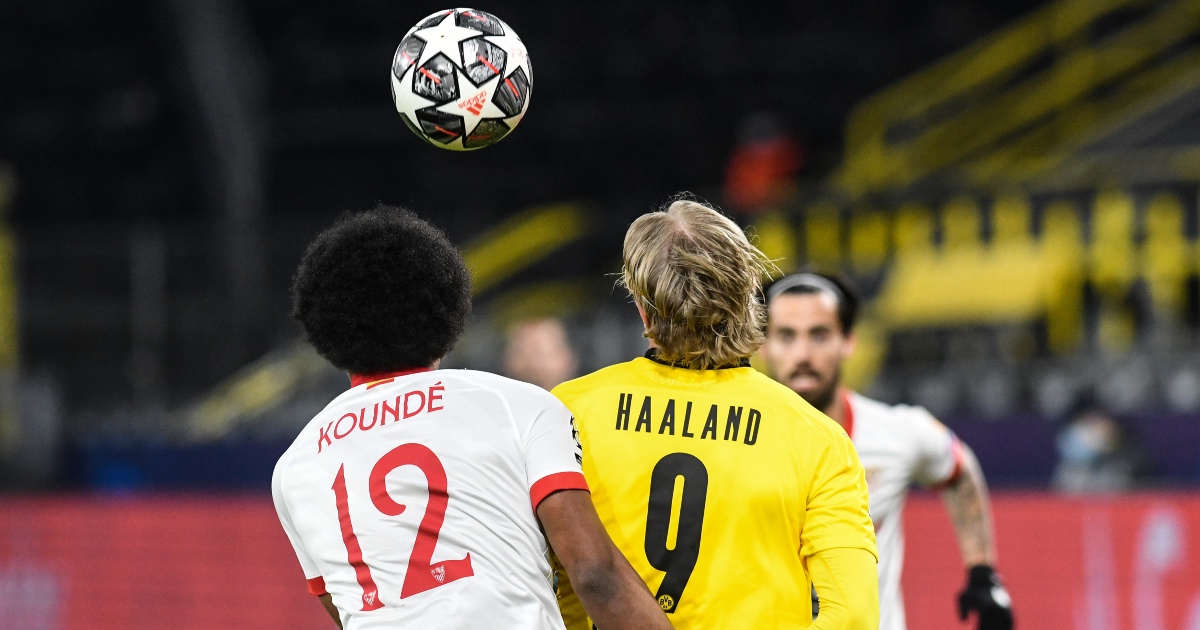 Generally, not a great deal can be gleaned from pre-season friendlies. But Chelsea’s 2-1 victory over Bournemouth was of note for two reasons. Firstly, it suggested Thomas Tuchel is set to retain three centre-backs for the coming season. Secondly, it confirmed his ludicrous options in that area.

Tuchel gave six players a half each to impress at centre-back on Tuesday. Not one of Dujon Sterling, Lewis Baker, Malang Sarr, Trevoh Chalobah, Matt Miazga or Jake Clarke-Salter played a single minute for Chelsea last season, as members of the infamous loan army. And the likely reality – which those players absolutely must be aware of – is that they may never play for the senior side.

Signing for Chelsea – whether as a five-year-old or a 16-year-old – is a means to an end, with that end likely to be anywhere other than Stamford Bridge. Players train in one of the best academies in the world and if they don’t make the grade, they’re shipped on for big profit to fund moves for worthier talent from elsewhere. It’s a nasty system for so many reasons, but one that works; in a cut-throat industry, Chelsea have the sharpest blade around.

That blade was recently used to sever ties with both Fikayo Tomori and Marc Guehi. AC Milan took up the option to make Tomori’s loan signing permanent for £26million, while Crystal Palace secured Guehi for £21million after a sparkling spell on loan at Swansea.

Chelsea have reaped the rewards of trusting in youth, with Mason Mount and Reece James now critical members of Tuchel’s first XI. They’re certainly not there to appease fans who want to see young English talent turn out for their team; Chelsea have consistently shown themselves to be a club that doesn’t deal in compassion or uncertainty.

Mount and James are among the very best around in their respective positions; that’s why they remain and Chalobah, Miazga and Clarke-Salter almost certainly will not. And that’s fine – you’ve got to be very good to play for Chelsea. But that doesn’t explain the stiffing of Tomori and Guehi, seemingly in favour of a move for Jules Kounde.

Since joining Milan in January, Tomori has started 16 of 20 Serie A games, confining captain Alessia Romagnoli to the bench and earning high praise from both Paolo Maldini and Franco Baresi, who said: “Tomori is imposing himself with talent and determination. He has shown no fear playing in a new league. He can potentially become a great champion.”

The circumstances surrounding Tomori’s exit have never really come to light. He was arguably Chelsea’s best defender under Frank Lampard, before the former boss dropped him for no obvious reason. It was apparent to anyone watching Tomori that he had the attributes that could make him one of the Premier League’s very best defenders; he was growing and learning in every game. And even with that room for improvement, he was less culpable than Kurt Zouma and Antonio Rudiger in what was a very shaky defence at the time. 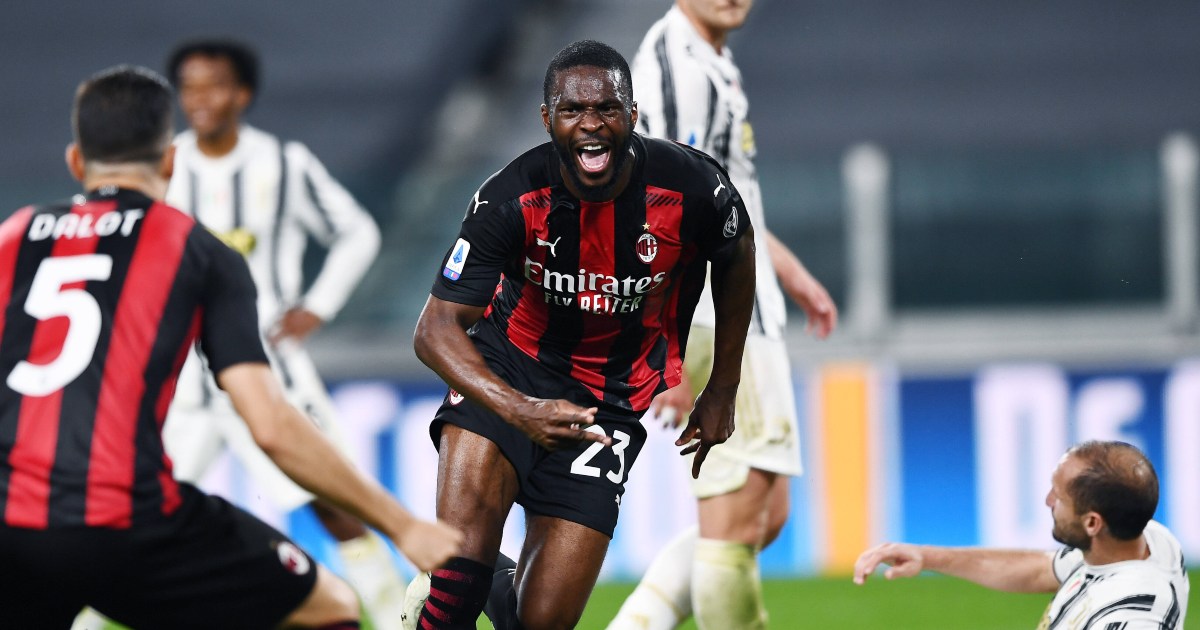 Tuchel did not get a chance to work with Tomori, who was sent off to Milan at the very end of Lampard’s tenure. Nor has he seen the talents of Guehi first hand, with that opportunity denied through Chelsea jumping at the first offer from Crystal Palace. Two players shipped off before a manager – who has shown in a short time his ability to improve Chelsea players, particularly centre-backs – has had a chance to see what they can achieve.

Instead, it looks as though he will have Kounde, with Chelsea using the money from the sale of both Guehi and Tomori, or potentially some of that cash plus Zouma, to fund his transfer.

By all accounts, Kounde is an excellent centre-back: quick, agile, good on the ball, reads the play well. It’s likely he would play on the right of the three as competition with Cesar Azpilicueta. He would be nice to have – there’s no question about it. But it’s both an uncomfortable purchase, given the willingness to let two very decent centre-backs leave the club to make room, and also not a pressing one.

It’s not an area of Chelsea’s squad in particular need of strengthening. It may well be that they didn’t feel that they could miss out on the opportunity to land Kounde now, when they will almost certainly need a new centre-back next summer. Thiago Silva will likely return to Brazil at that point and Antonio Rudiger is no closer to signing a new deal with his current contract ending in a year’s time. They’re thinking ahead.

And Guehi and Tomori may soon be forgotten about – Chelsea aren’t a club to labour over lost love. That will be seen as a shame by those who care about that sort of thing, but Chelsea are way past apologising for their unwavering pursuit of glory, and their success is seen by most as vindication for their premature axing policy, despite it frequently coming back to bite them. Kevin De Bruyne, Romelu Lukaku etc etc.

What Chelsea do care about is buying players: their top targets. And Kounde may be their first-choice centre-back, but he’s definitely not the priority. He can only be considered a good buy if the deal doesn’t scupper their ability to land a striker, with Erling Haaland the man they want.

Chelsea kept 19 clean sheets in 31 games under Tuchel, conceding 16 goals in total, but they scored just 39. That’s an average of 1.25 goals per game; Haaland scored a goal a game on his own for Dortmund last season – 41 in 41. The problem is as clear as the man to remedy it at Stamford Bridge and if Chelsea fall short of Dortmund’s asking price because of a comparatively gratuitous bid for another centre-back, they will come to regret it.

Roman Abramovich has said he wants Haaland ‘at all costs’, but Chelsea have reportedly got a certain amount set aside, between £100million and £150million, depending on the source. As Haaland himself said: “That’s a lot of money for a person.” But if whatever Chelsea are willing to pay Dortmund doesn’t turn out to be enough and they’ve spunked their petty cash on Kounde, Abramovich and Tuchel will be kicking themselves as Timo Werner kicks balls the wrong side of the post.

A gratuitous signing could very quickly become a costly one.