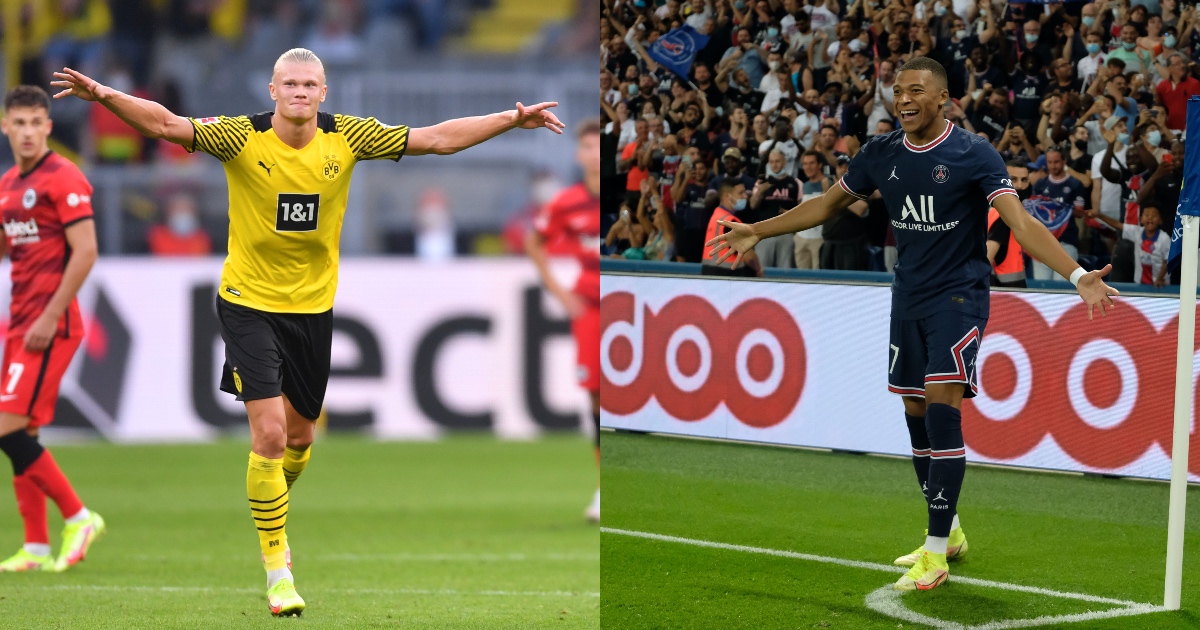 The Premier League has never been better placed to lure an Erling Haaland or Kylian Mbappe. Man United could break the Galactico mould.

‘Would this be the most Galactico-like signing in Premier League history if Chelsea pull it off?’

That was a question I put to Twitter as Chelsea were angling to bring Erling Haaland to Stamford Bridge. Various candidates were proffered, but all could be contested in some way.

Juan Sebastian Veron and Andriy Shevchenko were big coups and it’s perhaps only hindsight that’s convinced us they didn’t belong in that very top tier of signings. Mesut Ozil moved from Real Madrid, the home of the Galacticos, which doesn’t feel quite right. Dennis Bergkamp was perhaps the best shout after finishing third in the FIFA World Player of the Year in 1993 before moving to Arsenal in 1995.

The Premier League is where greats are made – Thierry Henry, Cristiano Ronaldo, Wayne Rooney and the rest – but off-the-rack megastars don’t arrive on these shores in their prime. Chelsea have just signed one of the world’s best strikers for £98m but there was no competition for Romelu Lukaku and the excitement feels forced compared to the mass hysteria that would have taken hold had the Blues landed their top target instead.

Haaland and Kylian Mbappe are the prime Galacticos: the Kim Kardashians of football whose transfers would break the internet.

The Premier League has perhaps never been as attractive to the top names in Europe. Two English teams contested the Champions League final, England made the final of a major tournament for the first time in 55 years, clubs continue to offer extraordinary contracts to players despite a global pandemic and crucially, Barcelona and Real Madrid are struggling.

Barca had no option but to allow the greatest player of all time to leave yet they still need to trim their wage bill; Real Madrid – despite reports suggesting they are raising funds to sign Mbappe this summer – have debts close to €1bn.

But the Spanish duo, and Real Madrid in particular, retain that draw of true stardom. They remain the clubs that players simply ‘can’t turn down’. It’s not a case of them being the best bet to win the Champions League – Bayern Munich, Paris Saint-Germain and the top four Premier League clubs are surely better placed for success in those terms. It’s just where the very best players have always gone and where new crops of Galacticos have always dreamed of playing.

A report on Friday, linking Manchester United with Mbappe, claimed the club ‘are mindful of Madrid’s long-standing interest in Mbappe and appreciate that a move to the Premier League is the unlikelier of the two options if it came down to a choice between Spain and England.’

History, not current quality, dictates that whoever Madrid and Barcelona want, they tend to get.

But United are well placed to break the mould. Edinson Cavani took a fair bit of persuading to sign a one-year extension and will likely leave next summer. And with United not signing another striker now, despite some believing Ole Gunnar Solskjaer’s options are limited in that area, a spot will be open for one of Mbappe or Haaland.

It may be that United are currently missing their chance. Should Mbappe and Haaland stay with their respective clubs this season, Real Madrid could sign both for just £64million next summer: Mbappe will be available on a free transfer and Haaland’s release clause will have come into effect. And Real Madrid will be confident of doing just that, for no reason other than that they are Real Madrid.

United’s hope will be that a three-decade long obsession for Galacticos to move to Madrid, grounded in the status of the white shirt as well as on-field glory, will wane over the next year as it becomes clear that the two lures no longer go hand in hand. The European Super League was clear evidence of Florentino Perez’s concern over keeping up with the Premier League Joneses and another year of English European dominance over their Spanish rivals will only enhance the feeling that La Liga is being left behind.

The winner of the UEFA Men’s Player of the Year award will be a Premier League player and with Lionel Messi now at PSG, not one La Liga player made the top ten. The Premier League has never been as dominant a force over Spain as it is now. Haaland and Mbappe may opt for the glitz and glamour Real Madrid cling to, but the Premier League would be the footballing choice. And Manchester United could be the side to take advantage, tearing up the Galactico rulebook in the process.