Home Manchester United Man Utd signing Ronaldo was a mistake? Like f*** it was… 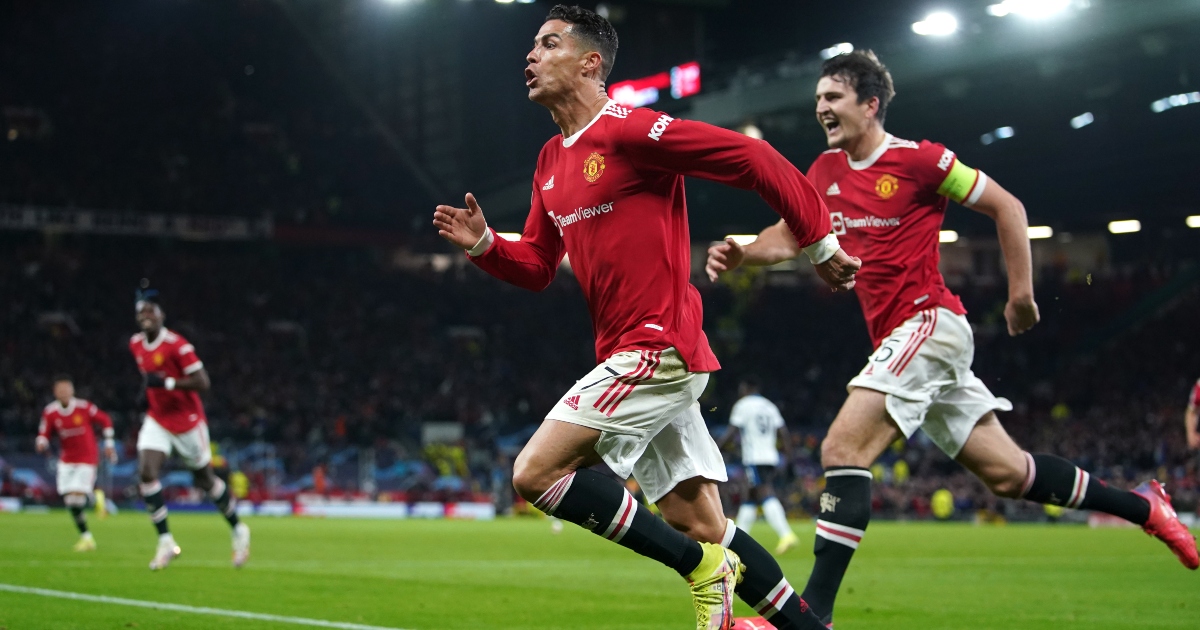 The perception of Cristiano Ronaldo as a problem for Man Utd is a fallacy. So he won’t win any pressing awards. Ah well…

“Am I so out of touch? No. It’s the children who are wrong.”

The Cristiano Ronaldo debate has caused me to ponder the same question Principal Skinner asked himself when he found no truanting kids at the Springfield Natural History Museum or the 4H Club. And I reached a similar conclusion.

It’s not me. It’s you. So very many of you, seemingly.

Friends, colleagues, respected pundits and other people who are also pundits… wherever you turn this week there have been people clamouring to insist that Manchester United signing Ronaldo was a huge mistake.

Now there are many problems with United at present. Too many to be brief. But Ronaldo isn’t even close to the top of the list.

The biggest gripe around Ronaldo seems to be the effect his presence has on United’s pressing game. Jamie Carragher picked up on that point, Will Ford illustrated it, and Alex Keble doubled down hard.

It is true, Ronaldo won’t win any pressing awards. Golden Boots and Ballons d’Or are more his thing. But it can’t be ignored that United were never a pressing team even before he returned.

They have sometimes pretended to be. There is the perception in the modern game that to be successful you must press opponents to death. And Ole Gunnar Solskjaer has hopped on and off that particular bandwagon. They are certainly better pressers on his watch than they were under Jose Mourinho. But rarely in almost three years under his management have they got it right on a consistent basis.

United have attacking players who pretend to press. Paul Pogba offers a barely passable impression of someone with the intent to chase; Mason Greenwood too is a half-hearted presser; Marcus Rashford picks his moments – usually the wrong ones – while Anthony Martial just looks nonplussed by the whole idea, or indeed any other.

Edison Cavani will give chase, as will Bruno Fernandes. But more often than not, their pursuits end with either looking over the shoulders before throwing their hands in the air because they’ve gone out to hunt alone. United don’t press in packs. They never have, and given it’s been almost three years, they probably never will under this manager and his coaching staff.

That’s on Solskjaer and the players who can’t even pretend to have the appetite to press. It’s also on whoever leads the recruitment at Old Trafford for failing to furnish the squad with a top-quality defensive midfielder.

The idea that Ronaldo ruins United’s press is something of a fallacy because it has never been a particular strength as it is for Manchester City and Liverpool.

To the naked eye, Ronaldo certainly seemed more lively off the ball against Atalanta on Wednesday night compared to United’s previous game against Leicester. He wasn’t alone in that. Presumably, Solskjaer had a forceful word with his squad over their responsibilities out of possession, and the manager highlighted Ronaldo’s effort after his late winner had sent them to the top of the Champions League group.

And that is what he was bought for. Goals. Goals in volume and goals of importance. With six in eight matches in all competitions, Ronaldo has started his second spell on 0.84 goals per 90 minutes. That is a better rate than any other player in at least the last five seasons at Old Trafford. Not bad for a player Paul Merson said of: “He doesn’t do anything up front, he just stands still because he cannot go past people anymore.” Really.

Whether he can sustain it, we will see over the coming months. But if there is anything no one can question Ronaldo over, it is his consistency and relentlessness. Qualities sorely lacking in the Manchester United dressing room. Within a couple of days, he had got his team-mates to break their pre-match sticky toffee pudding habits and his influence over this talented but flawed squad will only grow.

It is something the likes of Rashford, Greenwood and Jadon Sancho must embrace. Rather than perceiving Ronaldo’s presence to be an obstacle in their path to being starters every week, they must learn from him. Take on the challenge, instead of shrivelling because they are all somewhat less snug in the first XI than they might previously have been. To be fair to those players, there has been absolutely no indication that they have reacted in a negative manner. Probably the opposite is true. It’s the cry-arsing from Ronaldo’s critics who seem more concerned for Greenwood’s progress than the player himself.

Beyond the tangible effect Ronaldo offers, the things we can’t measure cannot be ignored.

Ronaldo’s return was unexpected – that seemingly is another stick to beat United with, yet PSG don’t get hammered for seizing their chance to sign Lionel Messi, because you simply don’t pass up the chance to sign the greatest players of all time – but his presence back at Old Trafford has lifted every facet of the club. Of course, he shifts shirts, which will keep the suits happy. But having Ronaldo back in red has created a huge buzz among the supporters too. The Stretford End doesn’t seem all that fussed that the 36-year-old isn’t chasing after centre-backs, especially while he’s doing these kind of things…

Ronaldo, of course, is not beyond reproach. But the notion that after eight games and six goals his signing was a mistake which could cost Solskjaer his job is unfathomable. At least to this old man yelling at the clouds, anyway.