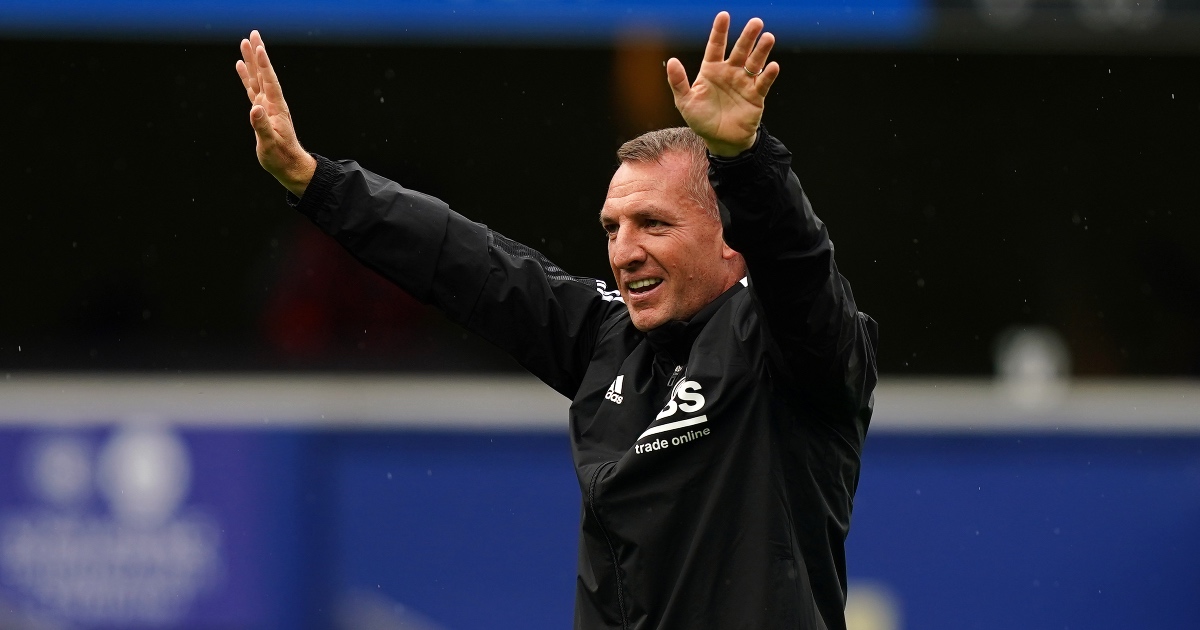 “We’re in the middle of a project that we’re two-and-a-half years in.”

Brendan Rodgers’ statement to stop rumours of a move to Tottenham back in May suggest he’s looking to stay with Leicester into the 2023-24 season. But there must be real rather than intangible progress in the Premier League this season to ensure the relationship goes any further.

Leicester have got into this unorthodox habit of identifying areas of their squad in need of strengthening, finding the ideal solutions and signing them with a minimum of fuss, generally early.

Big players are sold for big money; they reinvest and get better. That’s happened in the last three summer transfer windows. Riyad Mahrez, Harry Maguire and Ben Chilwell were sold and James Maddison, Youri Tielemans, Wesley Fofana and Ricardo Pereira have been brought in. The number of flops can be represented by a flip of the bird aimed in the direction of every other Premier League team, who can only dream of such transfer wizardy.

And they’re enjoying another excellent summer. Patson Daka’s come in for £27million having scored 32 goals for RB Salzburg last season to provide back-up and competition for Jamie Vardy and Kelechi Iheanacho. And they appear to have found a suitable reserve for Wilfred Ndidi – the player whose absence from the team they feel perhaps more than any other. Boubakary Soumare was a vital cog in Lille’s Ligue Un title win and is a snip at £18million.

But there is a difference this time. Moves away for their big stars have previously felt inevitable and proved to be so, but Maddison is very unlikely to leave for Arsenal, meaning their excellent signings will be additions not replacements. Rather than fighting to maintain levels due to rebuilds or retouches, Leicester and Rodgers are now under pressure to take the next step.

The FA Cup win was huge for the club, but for the second season in a row they fell at the last in their bid to secure Champions League football. Third time has to be a charm, given the experience and quality of the players who have endured the disappointment and the signings who are expected to bridge the gap between them and the illustrious company they have come so close to usurping.

Manchester City, Manchester United, Liverpool and Chelsea may have better players than Leicester and in terms of market value the Foxes are also behind both Tottenham and Arsenal, but there are misgivings ahead of the season for all of those squads, except perhaps City, who may feel they can do without a replacement for Sergio Aguero. Spurs and Arsenal are in the middle of a rebuild; Chelsea are on an increasingly frenzied search for a goalscorer; United need to be searching for a central midfielder; and there appears to be an assumption that two of Liverpool’s fabled front three will return to ‘normal’ levels after a significant drop in their quality last season.

Leicester have no such uncertainty. They’ve got a wonderful first XI and very good back-up options in all positions. They’ve put themselves in the enviable position of no injury being too much for them to cope with and although Rodgers will probably already have a very good idea as to what his team will be for the opening day visit of Wolves, the quality in the squad is now such that seeing any of about 17 different players on the team sheet would not be a massive surprise.

And in that way the Leicester transfer gurus have made a rod for Rodgers’ back. He’s an excellent manager with a foolproof squad now very short of Champions League excuses.