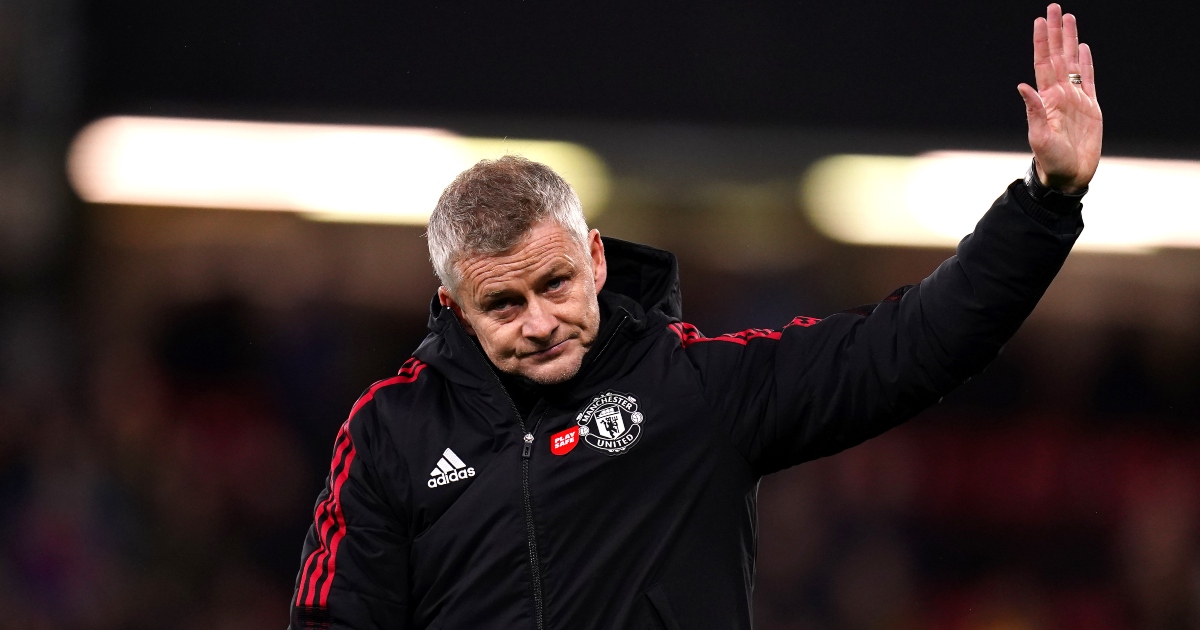 This article was written before Manchester United came to the decision to sack Ole Gunnar Solskjaer.

Ole Gunnar Solskjaer wanted Manchester United to “come out like a proper hurt animal”. Unfortunately for the beleaguered boss, Watford fetched the shot gun and destroyed the Red Devils.

Surely now United will put Solskjaer out of his misery. The suffering has gone on long enough now that it is the only humane thing to do.

As dire as United were against Liverpool and Manchester City, they sunk to new levels of wretchedness at Vicarage Road.

The manner of those previous defeats was deeply embarrassing for everyone at United but a fair barometer of where they stood in comparison to their rivals. Being thoroughly outclassed by 17th-placed Watford was utterly shameful.

That is no slight on Watford. Claudio Ranieri’s side were excellent to claim their fourth win of the season. The 4-1 scoreline hardly flattered them – indeed, they should have been further ahead than two goals to the good at the break.

Because United were a shambolic rabble in the first-half, a posse of individuals thrown together apparently without the benefit of tactical instruction and,  unlike previous occasions, this time they lacked the spirit to compensate.

United offered the illusion of intent in the early stages of the second half, inspired by Donny van de Beek. You wouldn’t have blamed the Dutchman if he had told Solskajer to stick it when he was summoned from the bench at half-time, but Van de Beek briefly altered the momentum of the game with his intensity and a first United goal since his debut in August 2020.

Then Solskjaer’s captain reverted to Manchester United’s Harry Maguire rather than England’s Harry Maguire. Putting his fingers in his ears would have been an understandable reaction to the noise that greeted his premature departure after two bookings entirely in keeping with United’s shambolic form at present.

Gary Neville can see that Maguire is ‘f***ed’, but you don’t need personal experience of a major international tournament hangover to recognise the signs. Maguire will miss next week’s visit to Chelsea, teeing up the prospect of Victor Lindelof and Eric Bailly facing the Premier League’s best side. United should be telling Maguire to find a beach to lay on for a week – maybe give the Greek islands a swerve, mind – to help straighten his head. But the visit to Villarreal on Tuesday means he will most likely be wheeled out once more to run through 90 minutes on fumes.

Of course, the big question centres not on Maguire but Solskjaer and whether he makes the trip.

No one outside the Old Trafford boardroom will offer a compelling reason as to why he should. Anyone with eyes can see that United need to make a change, but the Red Devils’ hierarchy have had the blinkers on for weeks now and it is entirely possible that they will hide behind them for a while longer yet.

There is the not-insignificant matter of who replaces Solskjaer. Brendan Rodgers? No. Zinedine Zidane? Maybe. But we are close to the stage that it almost doesn’t matter. For the sake of the club, the team and Solskjaer himself.

Being taunted by City and Liverpool fans is one thing but having Vicarage Road laughing in unison is another entirely. Solskjaer’s legacy is secure for as long as people remember the Nou Camp 1999 but now United fans are hoping he comes off the bench once more for the good of the team in a very different way.

Solskjaer can reflect with pride on the job he did for two and a half years as manager at Old Trafford. But you have to be a special boss to retain the attention of any Premier League squad for longer than that and this lot have clearly tuned out.

The sorry situation is ripe for a mutually-consensual separation. Give Solskjaer some dignity and reflect with thanks on those two years when he made United fun again. But Solskjaer is the figure of fun now and no amount of blind faith will change that or alter the course United are currently careering down.