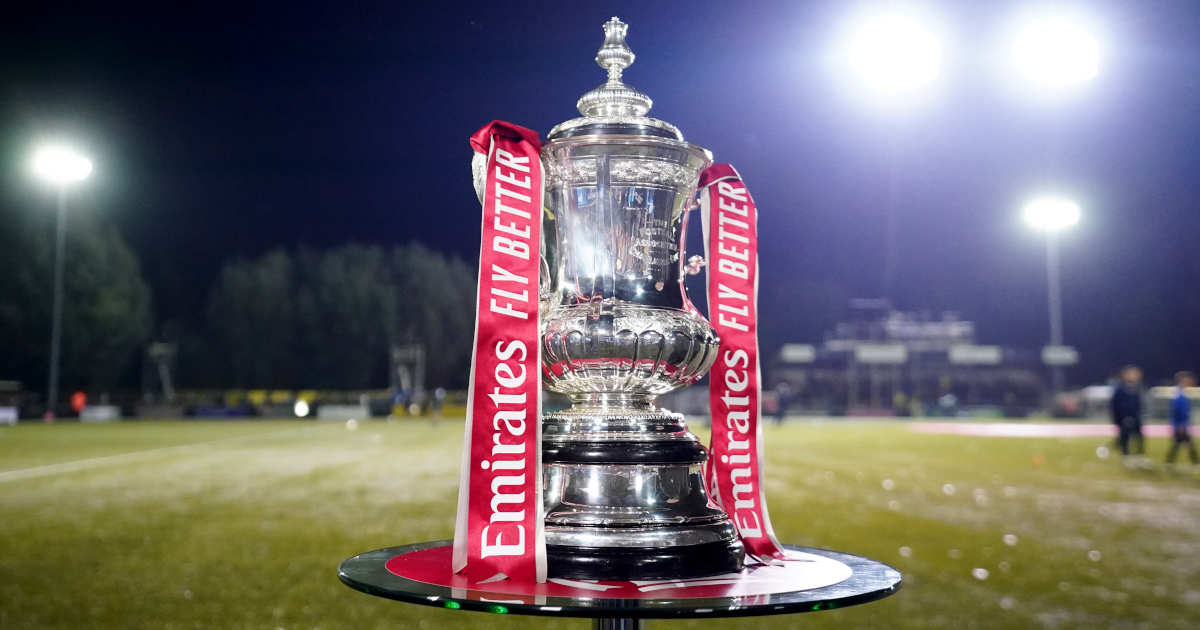 VAR will be used in the FA Cup, but only for matches where a Premier League club is at home, and this uneven use will please no-one.

The oldest football tournament in the world reaches its 150th year this season, and few would argue that it hasn’t seen better days than these. In an era when the Premier and Champions League dominate the entire football landscape in this country, few of the biggest clubs seem to have much time for the FA Cup any more, and it can even feel as though those who organise the competition don’t take it that seriously. Replays have been hacked from view, ostensibly because of Covid-19 though few expect them to return, and the third-round matches will likely see the involvement of a lot of academy players, as managers seek to conserve the energy of their first-team squad after the Christmas rush.

But on occasion, the ways in which the competition ends up getting damaged can start to look a little like self-harm. VAR has been a divisive technology since it was first introduced, but its application in this year’s FA Cup is something else altogether: so cack-handed that both those who support its use and those who oppose it can surely both see that this isn’t the way to implement a technology that is still some distance from having persuaded supporters and many within the game of its merits.

This year’s FA Cup third round consists of 32 ties, but only nine of those will come under the gaze of the all-seeing eye. The reason for this is related to licenses. The FA Cup has used VAR since 2018, when it was introduced as a trial run for its wider implementation, but using it requires a license from the International Football Association Board (IFAB), who set the laws of the global game. The FA never applied for a full license for the FA Cup, and this means that it can’t be used for all matches. Last season, it was used only at matches where Premier League clubs were at home up to the quarter-finals, where all matches were then licensed.

The FA explains that the reason for this is largely cost-related. VAR requires the installation of four additional cameras as well as other fees, and the governing body seems to have made a decision that the costs of extending it to all matches is not worthwhile. But this does throw up some curious contradictions. There are Championship clubs that have the technology installed as a result of having spent time in the Premier League since it was introduced, but they will not be permitted to use the technology for licensing reasons. For example, Swansea City play Everton at The Liberty Stadium in a match being shown live on BBC Wales. Swansea have VAR technology installed but cannot use it for licensing reasons. The same goes for West Brom, who are at home against Brighton.

The FA are already aware of the issue here, but seem to have decided that the need to have VAR at some matches outweighs questions of consistency in the application of the laws of the game between matches. But it’s not difficult to see where issues could arise. Consider, for example, this hypothetical scenario: two matches are being played simultaneously, both of which are tied with a minute or two to play; identical goals are scored by the away teams right at the death, but in one of these matches a Premier League club is at home and VAR intervenes to call play back for a very narrow offside call. The goal is awarded in the other.

This isn’t a matter that can be breezily dismissed. If two matches in the same competition can have identical situations that result in wildly different outcomes because of the inconsistent application (or non-application) of technology, then surely we can only surmise that there is something fundamentally wrong with the competition itself. And this isn’t even really an argument in favour of or against VAR itself. It’s about the sporting integrity of the oldest football tournament in the world, which the FA seems content to put on the line because… well, that’s not even completely clear.

Allegations have been made before that VAR favours the biggest clubs. These are questionable, to say the least, but it does little for the perception of parity within the competition if the rules under which matches are being played aren’t being applied consistently. The FA can’t even really argue that we haven’t been here before.

And the FA Cup is a competition that could do without more negative publicity. It feels like more of an annoyance to bigger clubs than anything else these days, while it also increasingly seems as though many supporters aren’t that interested in it. Clubs routinely slash ticket prices for matches – tickets for the game between Wolves and Sheffield United, for example, have been priced at £15 for adults – but even with these in place it can be difficult for clubs to come close to filling their grounds.

The resolution to all of this would, of course, have been very simple: just turn it off for this competition. This would ensure parity across all matches and leave the FA free from allegations that governing bodies are so keen to get this divisive technology implemented that they’re even prepared to break their own competitions to do so. And those from both sides of the opinion divide on VAR can take something negative from all of this. Those against it can point to the way in which it’s being implemented in the FA Cup as being fundamentally unfair, while those who are in favour of it would be justified in thinking that the uneven application of VAR does nothing for getting it accepted by a greater number of an already sceptical audience. The same might well be said for the FA Cup itself; this nonsensical decision will do little to aid the reputation of that or the technology.