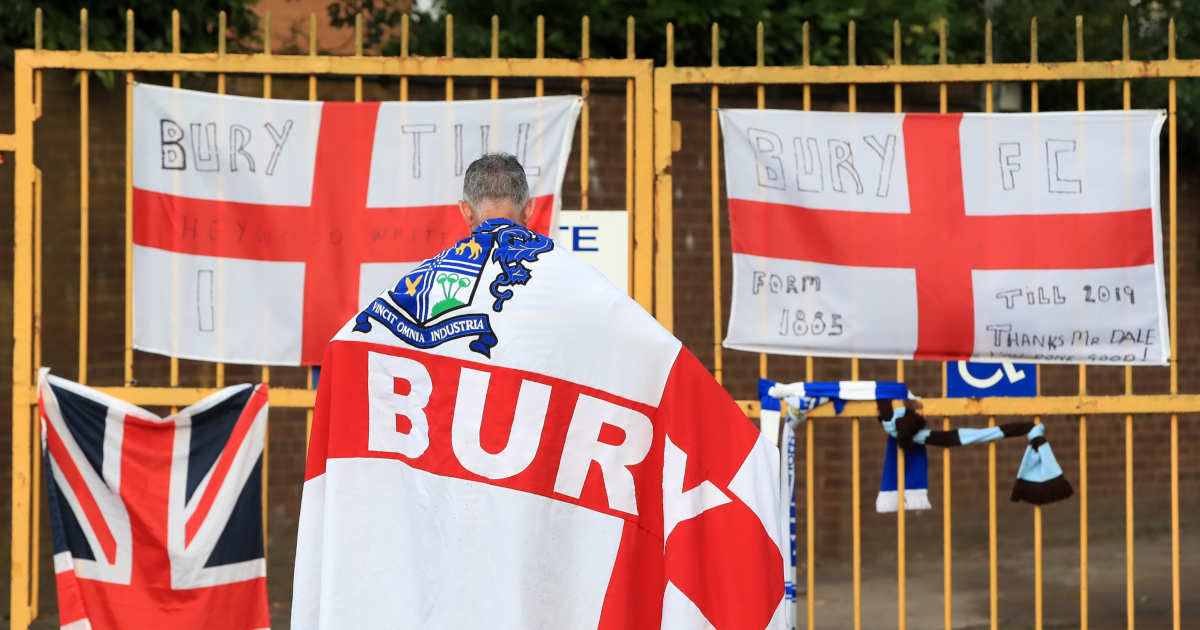 Tracey Crouch’s fan-led review might not go quite as far as some would like, but it presents a once-in-a-lifetime opportunity for reform.

In amongst all the recommendations made by the government’s fan-led review into the governance of football, there is one common thread. Football is more than a business. It occupies a unique place at the heart of our culture and has a value which can’t always be easily measured. Former sports minister Tracey Crouch has been overseeing this review since May 2019, and it is notable that, in her  introduction, she specifically mentions the cases of Macclesfield Town and Bury as catalysts for the review taking place.

These were staggering events which exposed failures from top to bottom within the game, and which led to the closure of two football clubs. Bury is described as ‘a club founded in 1885, which had existed through countless economic cycles, several wars and 26 different Prime Ministers (which) ceased to exist in 2018-19 with a devastating impact on the local economy and leaving behind a devastated fan base and community’. It’s an introduction that strikes at the heart of the report, that football means more to a community than what happens between three and five o’clock on a Saturday afternoon.

The full report can be read here. In total, the report makes 47 recommendations, but these can be boiled down to ten key points:

The response from the Premier League has been lukewarm, but this was to be expected. They are, after all, the apex predators of English football, and why would anyone sitting atop the food chain see anything particularly wrong with the laws of the jungle? It should be expected that there will be significant lobbying to water down these proposals, but the fact that it hasn’t already been dismissed out of hand is notable. This is a level of intervention that will make even the biggest clubs sit up and take notice.

First to stick his head above the parapet has been Christian Purslow, the CEO of Aston Villa, and his arguments are almost entirely predictable. Over-regulation of the game risks ‘killing the golden goose’. Trust the trickle-down economics that have created the vast amount of inequality that exist between clubs. ‘Conflating the issue of the Burys of this world with the Super League; that perhaps it’s gone a little bit far’. When Aston Villa were promoted back into the Premier League in 2019, their average weekly player wage of £44,150 was 12 times that of the lowest, Rotherham United, and represented a wages to turnover ratio of 175%. Rotherham United were, of course, relegated that season.

But for now at least, the momentum is not with the likes of Purslow. Niall Couper, the CEO of Fair Game, who are campaigning for a more sustainable future for the game, said in their press release that ‘football is broken and today we have a roadmap to fix it’, while the Football Supporters Association have also been strongly supportive, saying that, ‘we believe it has the potential to be a huge step forward for football governance’. They described Purslow’s comments as ‘a perfect example of why reform is needed’.

There are areas in which the report doesn’t quite go as far as it perhaps should. The issue of parachute payments – a particular bugbear of the EFL – is kicked down the road somewhat, giving the Premier League and the EFL until the end of the year to work something out between themselves, although it does add that, ‘given the poor history of the industry reaching agreement, the Regulator should be given backstop powers that can be used if no solution is found.’

Some might argue that the involvement of states in clubs could have been included in the fan-led review, but the general tighter regulation of club ownership may have scope for movement on that. The Manchester United Supporters Trust said the review included a ‘big missed opportunity’ because of its ‘failure to address the fundamental question of club ownership’. Perhaps this is an understandable reaction from a Trust whose club has been owned by the Glazers since 2004.

The hard work doesn’t end with the publication of this report. The fan-led review now has to pass through parliament, and we might reasonably assume that there will be huge lobbying from Premier League clubs to try and get it watered down or shelved before the findings make their way into the statute books. For this reason, it is critical that fans, more than 20,000 of whom filled out the original survey, continue to make their voices heard on this subject. There are details on how to contact your MP here.

There’s little question that this is a once-in-a-lifetime opportunity to reform football for the better. An independent regulator is being so strongly recommended because the game itself has not regulated itself over the last 30 years. The FA, for example, devolved responsibility for the club game to the leagues themselves, and those leagues are ultimately little more than the clubs themselves. And reform of the feeble Owners & Directors Tests has been necessary for years.

Tracey Crouch’s report doesn’t go quite as far as some would like, but it does go an awfully long way. Now it’s time to ensure that those who end up deciding what to implement are left in no doubt that it should not be watered down, and that these reforms are necessary for the whole of the game in this country to flourish, as a sport, a business, and as a unique and vital cornerstone of our communities.