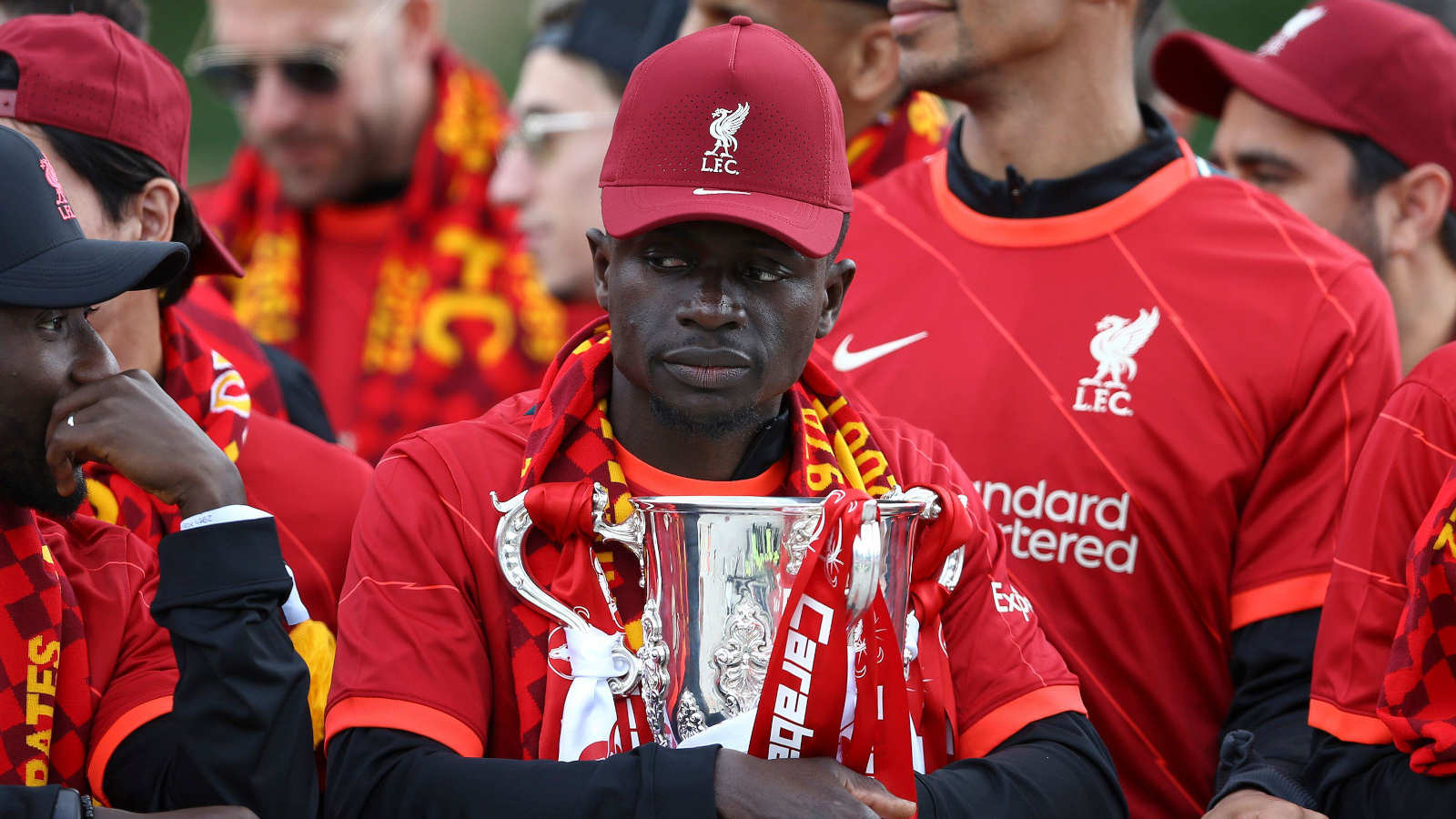 If Sadio Mane no longer has his heart in Liverpool then the Reds and Bayern Munich should find a compromise. There is little to be gained in keeping him.

There was a moment during Liverpool’s end-of-season parade through the city following their Champions League final defeat to Real Madrid when the camera caught Sadio Mané off-guard. Leaning on the front of the top deck of their bus in a Liverpool shirt and hat, with a scarf around his neck, and cradling the EFL Cup, Mané looked pensive, as though he had a lot on his mind. And his mind may well have been on more than just the events of the previous 24 hours.

While the accolades have been showered over Mo Salah, it was Mané whose goals powered Liverpool through most of the second half of the season. Following his triumphant return from the African Cup of Nations with Senegal, he scored 13 goals in 23 games which turned out to be all the more necessary as Salah’s goal output ran a little dry. In a more traditional ‘number nine’ position following the arrival of Luis Diaz during the January transfer window, Mané flourished throughout the second half of the season, defying the predictions of those who saw him on an inevitable downward trajectory after turning 30.

Over the course of this season, Liverpool have been unable to negotiate an extension to his contract. It is believed that Mané expected a pay increase similar to that which Salah had been offered to extend his Liverpool career beyond the end of this season, but this doesn’t seem to have materialised. But now, all concerned are in something of a Mexican stand-off. Mané has a year to run on his contract, and there has been little to indicate that he wants to stay at Liverpool any longer. Bayern Munich are losing Robert Lewandowski and need a replacement.

But none of this means that Mané’s departure from Anfield is quite cut and dried. There seems to be a sticking point over any transfer fee, with Liverpool reportedly believing that the remaining year on the player’s contract is worth £42.5million, while Bayern rate this value at around £25m. It’s not the biggest discrepancy and the days when we might expect a ‘strike’ from a player prevented from leaving a club a year early are probably over. Mané signed the contract and, as with the Harry Kane saga last summer, it shouldn’t be too much to expect players to honour their contract.

But this assumption doesn’t take into account how far the pendulum of control has swung in the direction of players over the years since the Bosman ruling liberated them at the end of their contracts. Consider the most extreme example of this power: the offer made by PSG to Kylian Mbappé to keep him out of the hands of Real Madrid, an amount of money so high that it resulted in a war of words between La Liga and Ligue Un which may yet end up in court.

Mané’s contract offer would never have been anywhere near Mbappé-esque levels of financial largesse, but considering the amount of attention that’s been given to Mo Salah’s contract negotiations this season, it’s not difficult to see how he might have ended up feeling a little, well, under-appreciated. It has been suggested that Salah felt the same when the club made a contract offer to him, but his return from the African Cup of Nations was less than impressive, and although he ended the season as the joint-winner of the Golden Boot, few would argue that he set the Premier League alight again upon his return. It has been reported that Mané is pursuing a ‘new challenge’, and if a player gets that idea into their head, money becomes far from the object.

And Liverpool’s attacking options aren’t getting any younger. Luis Diaz and Diogo Jota are still in their 20s, but Mané, Salah and Roberto Firmino will all be the wrong side of 30 by the end of June, and while the longevity of players is greater than it used to be, the relentless march of time only means that all three will have to be replaced quite soon. Divock Origi, who’s already out of contract this summer, is expected to leave Anfield and Takumi Minamino may well be joining him. In short, Liverpool’s attacking options could probably do with a refresh; the arrival of Diaz in January needs to be part of an ongoing process of renewal.

Whenever it comes, Sadio Mané can leave Anfield with his head held high. Over the course of six years with Liverpool, he won a clean sweep of silverware. The three major domestic trophies, the Champions League, the Super Cup and the World Club Cup were all won, and Mané contributed 120 goals in all competitions, scoring more than 20 in four of his last five seasons. And with his performances having been on an upswing since his return from AFCON 22, there’s no reason for his departure to be the end of his story.

And Bayern Munich are a big, storied club, who’ve won the last ten straight Bundesliga titles and are plenty capable of becoming the European champions again themselves. Furthermore, they have a core of West Africans playing there already, including fellow Senegal international Bouna Sarr and Leroy Sané, who may be a German international but has a Senegalese father. Strip the contract and wage envy talk out of the equation, and it would be an eminently sensible move for him to make. PSG are also said to be interested, although whether that could be considered ‘sensible’ will largely depend on your definition of the word.

£17.5m is a big gap in the valuation of what one year’s worth of the contract of one player might be worth. But failing to reach agreement could have unwelcome ramifications for all three parties. The player doesn’t get the move he wants and will already be aware that offers from big clubs will soon be starting to dry up. Bayern Munich are back to the drawing board in their quest for a replacement for Robert Lewandowski, and Liverpool have Mané in a state of mind that may not be ideal for giving his all in his final season. It would make sense for Mané to move on and for whatever Liverpool receive to go towards his replacement. But what makes sense and elite level transfer stories increasingly have little in common.