Home World Cup Do FIFA and Qatar have buyers’ remorse over £200bn spent on World Cup? 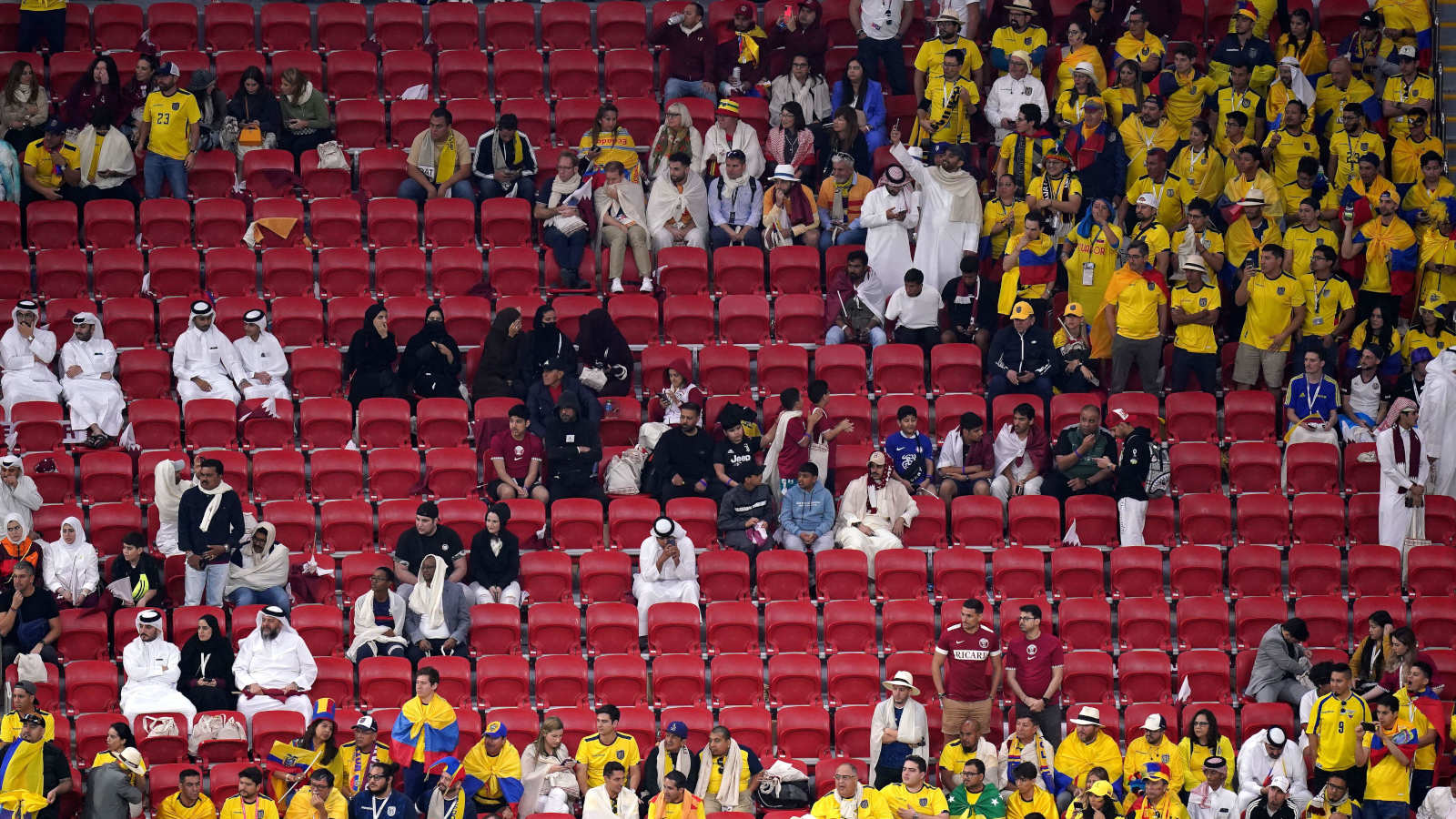 An interview with journalist Jon Sopel may offer some insight into Qatari and FIFA regrets over hosting the World Cup.

Well, it was certainly an eye-opening couple of minutes. In a widely-shared clip from The News Agents podcast, former BBC political correspondent Jon Sopel revealed a conversation with an unnamed third party who’d been working closely with the World Cup’s Qatari organisers, and it’s fair to say that Sopel’s contact was not terribly happy with how the World Cup is being portrayed.

“Why on earth have we bothered?” the contact asked Sopel. “We’ve spent £200bn on this. We are vilified over LGBTQ rights. We are attacked for being corrupt over the manner in which we got the World Cup. We are seen as kind of Victorian in the labour laws that we have and the way that guest workers are treated. Nothing good has come to us as a result of this; this has all been a giant waste of money and I wish it would all just go away, but it can’t.”

Well, ouch. If this opinion is in any way reflective of the way in which the Qataris are feeling, then this may be the most expensive case of buyer’s remorse in the history of the game. But it is worth asking the question: what on earth did they expect to happen?

The Qataris could have easily taken a different tack in terms of how they managed the actual tournament. On the eve of the opening match, FIFA announced that the sale of alcoholic beverages would be forbidden after all, contradicting months of promises that the organisers would relax their laws for the duration of the tournament.

Not being able to drink booze while watching the football isn’t the greatest inconvenience for any travelling fan, but the very late volte face did make it feel like the intention was never any more than to bait and switch fans into travelling in the first place. Gianni Infantino’s bizarre pre-tournament press conference only made him sound pretty absurd.

Little seems to have improved since the actual football started. The BBC led its coverage of the first day by burying its coverage of the opening ceremony away on Iplayer while their big-hitters kicked it all off with a 30-minute-long conversation on the human rights and corruption issues that have plagued this tournament from the outset.

The opening match that followed saw a weak host team comfortably beaten by a middling Ecuador, with the early disallowing of an Ecuador goal showing the extent to which this tournament is being held in bad faith, with the widespread reaction that something like this happening so quickly after kick-off had to be proof of further corruption.

And so it has continued. The stadium was starting to empty by the second half of that opening match and there have been plenty of vacant seats on view throughout the matches since then. This was blamed on a failure of the FIFA ticketing app, but suspicions about a cack-handed attempt at covering up an inability to sell tickets were only further accentuated by official figures being released which announced the attendances for all three of Monday’s games as greater than the official capacities of the grounds at which they were being played.

The first full day of the tournament didn’t go that much better for the organisers. England – and the other nations signed up to it – faced considerable pelters for their supine reaction to FIFA telling them that they couldn’t even wear their ‘OneLove’ armbands for their opening match, but this was hardly a situation from which the governing body or the tournament organisers emerged with a great deal of credit either.

Iran’s players silently protested oppression in their home country by refusing to sing their national anthem. In the evening there was further video footage available of Wales fans being prevented from wearing rainbow bucket hats inside the stadium. Belgium were told that they’d have to remove the word ‘LOVE’ from the inside of their shirt collars, even though it wouldn’t have been visible.

And all of that is really just scraping the surface, after just a day and a half has passed and four games have been played. In the UK, the negative media coverage has continued. Prior to the game between Argentina and Saudi Arabia there was a lengthy discussion of sportswashing which resulted in Roy Keane saying quite forcibly that the World Cup ‘shouldn’t be here’. It’s proving impossible to separate the 2022 World Cup from the practices of its host country and the process by which it came to be staged here in the first place.

But both FIFA and the organisers have picked a baffling array of battles to fight, none of which are doing their reputations much good. It would appear that rainbows of any sort are now beyond the pale at this tournament. No-one would even have known if those Belgum shirts had ‘LOVE’ printed inside the back of the collars had FIFA not spoken up on the matter. Wearing a bucket hat is not a crime.

They could have just let this sort of thing fly and made a case that they were allowing a diverse range of views on the subject be aired. It wouldn’t have been very convincing, but they could at least have tried. They could have continued with the relaxation of their alcohol ban, as promised. But instead, it feels as though the Streisand effect is in full force, with many of the worst preconceptions of Qatar looking fulfilled and FIFA’s name being dragged through the mud on a daily basis. Where are the PR experts? Is nobody telling them to stop digging?

The News Agents podcast clip is a fascinating insight because it seems to reveal a mindset that was completely unprepared for any pushback, even though it had been very obvious for months – if not years – that there would be pushback. The World Cup taps into something almost primitive in the football supporter. It’s one of the few parts of the game that really can effortlessly transport us back to our childhoods. It’s a barometer by which we can gauge the passing of the years. It’s personal, and that they should be doing everything they’ve done to this of all competitions feels like an attack.

No-one can say that the warnings hadn’t been made loud and clear for years. If they chose to ignore them in the belief that pointing at the shiny football would make us all react like cats around a laser pointer, then they only have themselves to blame.