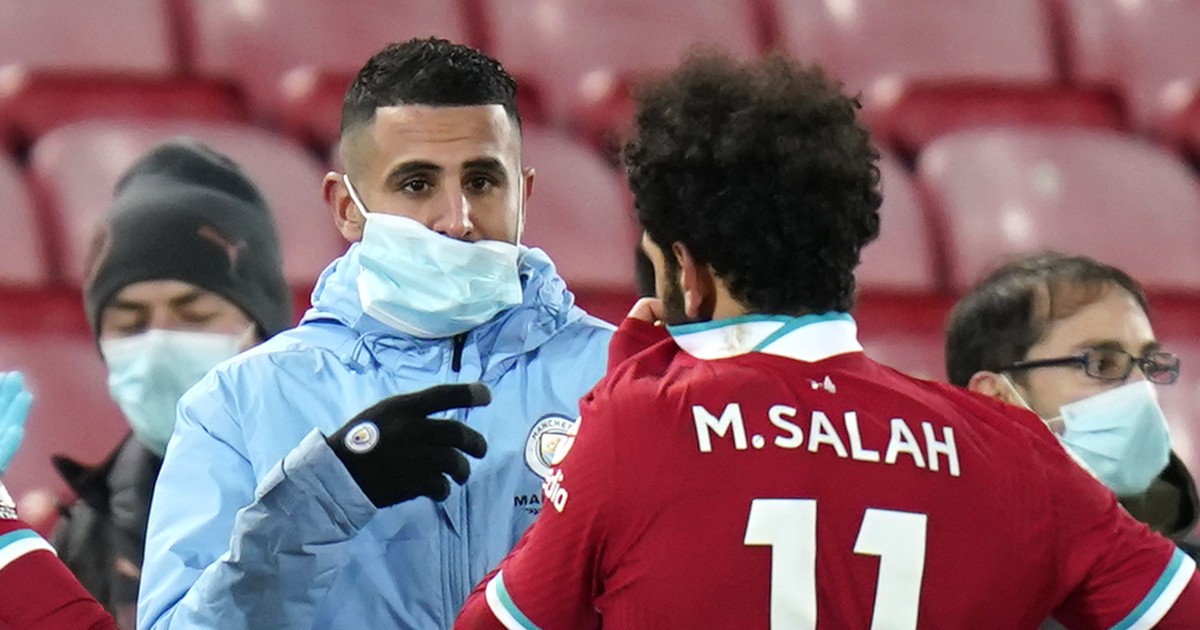 A solid fight came from Leicester and Manchester City but Mo Salah is the best Arab player in history, never mind just in the Premier League.

Mo Salah
The Liverpool forward was certainly underappreciated at one point – although the pendulum has typically swung too far the other way in a collaborative attempt to correct that – while the Egyptian FA and some former managers have even taken his brilliance for granted before. But Mo Salah has never been overlooked or undervalued by his fans or those he is proud to represent. The Egyptian has embraced his burgeoning role as Arab icon, an ambassador for excellence achieved through hard work, dedication and ludicrous talent, the yardstick against whom players of any origin should measure themselves.

Salah has spoken before about the hardships he has overcome, the difficulties of “language” and “culture” upon leaving Al Mokawloon Al Arab for FC Basel as a teenager, then struggling to establish himself at Chelsea. From the embers of that setback has risen a phenomenal player who has broken new ground in Italy and England. Salah is an uncomfortable role model in that he does not crave the spotlight, yet his success and humility makes him a natural example for anyone to follow, not least those who have suffered the same stereotypes and prejudices.

Riyad Mahrez
The first African PFA Premier League Player of the Year, one of only two African players to win the Premier League with multiple clubs and the first Arab champion in English top-flight history, Riyad Mahrez has left his mark over almost eight whirlwind years on these shores. Considering he initially thought Leicester was a rugby club and those closest to him figured the more physical style in England would crush his natural skill and flair, the 30-year-old has perhaps fared a little better than most first expected.

He has quietly become an all-time Premier League great without ever commanding too much attention. Despite boasting a record comparable to Robert Pires (P198 G62 A41) or David Beckham (P265 G62 A80), Mahrez (P231 G67 A47) rarely receives the same level of recognition. His importance at club level has waned, reflected by a single Premier League start this season, but his ability remains imperious.

Mustapha Hadji
The only former or current Premier League player to make more World Cup appearances for an Arab nation than Mustapha Hadji (six) is Hatem Trabelsi. The Arsenal legend played seven times for Tunisia on the grandest stage, but he did have three consecutive tournaments to rack up that tally without ever winning. Hadji not only set up Hassan Nader’s memorable equaliser against the Netherlands in 1994, but he almost helped Morocco to a draw against Norway, victory over Scotland and almost a knockout stage place at the 1998 World Cup.

Named African player of that year ahead of Jay Jay Okocha and Sunday Oliseh, Hadji enjoyed one last season at Deportivo La Coruna before joining Coventry and formed the Arabian knights with Youssef Chippo. His first six goals for the Sky Blues all came in wins but he was unable to help them stave off relegation in his final campaign, making the short trip to Aston Villa for three more years in England. Hakim Ziyech is struggling under the weight of trying to match him.

Mido
From 1999 to 2004, Mido played for clubs in five different countries and kept a respectable record of 46 goals in 95 games. Six ill-fated months at Roma pierced that bubble and a loan spell at Tottenham was prescribed, in which he scored more times in a 62-minute debut against Portsmouth than in all of his time in Italy. The Egyptian ended his first full season at White Hart Lane as their second top scorer, wedged between Robbie Keane and Jermain Defoe with strikes against Everton, West Ham and Newcastle to his name.

Mido never quite reached those heights again, although he did score once more for Spurs against West Ham before netting for Middlesbrough against Newcastle. He last played in England for Barnsley in 2012, having already succumbed to West Ham’s striker curse. Mido did score twice on loan at Wigan against Arsenal and Liverpool, ending his career with more Premier League goals than Hernan Crespo, David Ginola, Michu and fellow north London bench dweller Roman Pavlyuchenko.

Radhi Jaidi
Across two Premier League seasons at the peak of their Allardycian powers, Bolton only ever lost three of the 36 games Radhi Jaidi started by more than a single goal. Manchester United put two past the Tunisian and his teammates without reply in December 2004, Chelsea thrashed the Trotters 5-1 in October 2005 and Newcastle won 3-1 at St James’ Park in March 2006. It was rare to see a team have the beating of Jaidi, never mind an individual, while the centre-half was essentially a real-life version of the Football Manager near-post corner exploit in his first season. What an absolute hero.