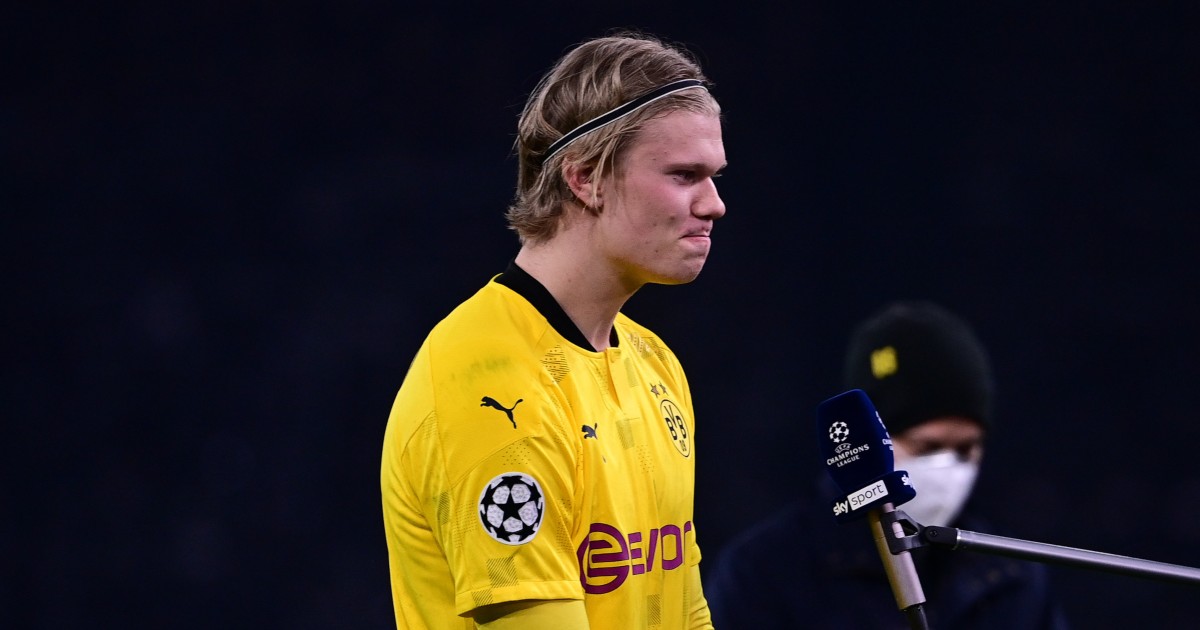 Erling Haaland is good. It is generally better to steer clear of such outrageous and provocative claims but it’s out there now and no-one can do a thing about it. That tremor you feel is the truth bomb that has just been dropped on you. Your eyes have been opened. You are so very welcome.

But he will soon be discarded for the next Terminator spawn because that is the way it works and it has been spoken. The football world moves fast so we have decided to figure out which unwitting and unassuming Premier League player will sire the sport’s next star striker.

Using Alf-Inge Haaland as the barometer, we can exclusively reveal these five men to be the candidates:

A regularly capped Norway international midfielder
Haaland had 33 international caps for Norway at the time of son Erling’s birth. Three current Premier League players have featured for The Lions, but Martin Odegaard can be ruled out on the basis he still looks very much like a child himself, while Josh King does not quite qualify on the grounds that he is more of a forward than a midfielder. These things are very precise, you see. And so Sander Berge, he of 24 Norway caps, gets the nod. He even ticks the Yorkshire box.

A player that recently joined Manchester City from Leeds
With that said, Alf-Inge actually left Leeds on June 12, 2000, with the meteor that carried Erling to this planet not landing until July 21 of that same year. Thus the key is to deduce which player is about to hand a transfer request into Marcelo Bielsa to join the impending champions for a pay rise that will cover the astronomical costs of feeding an actual cyborg. Manchester City is one of few clubs not linked with Raphinha, while Ian Poveda made the opposite jump and did so too soon to be considered anyway. Kalvin Phillips was recently rather open about chatting to Pep Guardiola on the pitch; he’s the one.

A player that appeared twice at a World Cup six years prior
Norway exited the 1994 World Cup at the group stage with a record of W1 D1 L1 F1 A1. Norse code, basically. Alf-Inge started two games: the victory over Mexico and the defeat to Italy. The marker is therefore set at the 2014 World Cup, at which 54 current Premier League players made at least one appearance. But only seven meet the criteria of playing specifically two games. And while Jordan Henderson, Joe Hart, Cesar Azpilicueta, Danny Welbeck and Joels Matip and Veltman all make compelling cases, it would be best for Phil Jagielka to go forth and multiply so he can be substituted a couple of decades later as a near-60-year-old to make way for his incredibly professional son.

A player actively despised by Roy Keane
Anyone at Arsenal. Anyone at Manchester United Football Club. Anyone celebrating in the dressing room. Anyone with interests outside the sport. Chris Eagles. Anyone.

Take your pick. Fred seems a safe bet, providing he enlists someone else to help his children in shooting practice.

A player with exactly 15 Premier League goals
The key aspect of why Alf-Inge was chosen to raise the eater of defences was his own modest goalscoring record. The midfielder had scored 15 Premier League goals by the time Erling was sent to eventually slaughter us all, which gives us a clear indication of which current player will produce the next perennial Manchester United transfer target. We could take into account the rest of the season and hedge our bets on Ruben Neves (11), Jorginho (12), Nathan Ake (13) or Moussa Sissoko (14) scoring the requisite amount of goals by May to make them applicable for choosing. Jack Grealish is on 15 so that seems risky. So let’s go for a man on 13 career Premier League goals, but who poses the sort of enduring threat he could pass down through generations of destructive strikers. Our fifth and final candidate to parent the next Erling Haaland? James McCarthy. It just feels right.