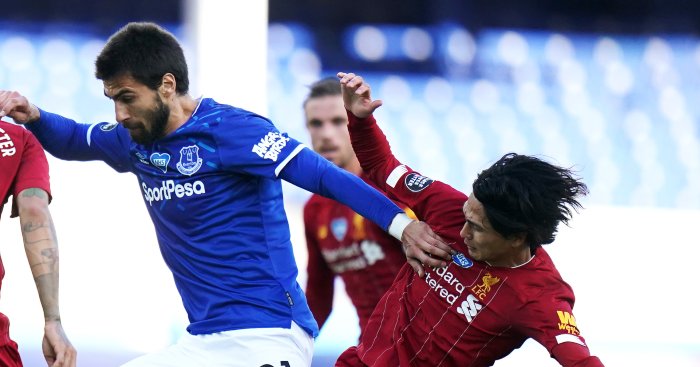 Takumi Minamino is struggling to prove his Liverpool worth to Jurgen Klopp. He was not the only Premier League player to falter in the FA Cup.

Takumi Minamino
One does not simply walk into Mordor, nor does one simply stroll into Liverpool’s first team. Andy Robertson served a few months as apprentice to the master that is Alberto Moreno. Alex Oxlade-Chamberlain joined in the summer and was forced to wait until November for his first start outside the League Cup. Fabinho signed in May 2018 and spent the first eight games of the Premier League season either on the bench or out of the squad altogether. Jurgen Klopp beds in new arrivals like he’s strutting down the aisles at Clarks and flexing his toes to see how much room he has before requesting a slightly bigger size for only one foot because he’s awkward like that.

So Takumi Minamino should not feel singled out; his frustrations have been shared by many regular Liverpool starters at some point. Yet the key is to take those rare chances when they do present themselves. He would be the first to admit that was hardly the case on Friday.

No Liverpool player could possibly have emerged from a game against Aston Villa’s youth team with their stock increased exponentially. The very best most could hope for was a routine victory, a professional performance and no steps back in place of huge strides forward. Minamino fared well enough, providing a bright assist for Gini Wijnaldum’s strike, but his almost immediate substitution pierced through any semblance of positivity.

There is something about his style that does not suit Liverpool. He drifts centrally when so much of their attacking emphasis is focused on the flanks. He works incredibly hard but is often found wanting defensively. He can be a little too cute when the approach needs to be more straightforward. Xherdan Shaqiri had a bigger impact in half an hour than Minamino managed in the previous 60 minutes.

The management of Minamino has also been baffling to say the least. Gives an impressive performance and then dropped for the next three games. How do you expect him to really kick on when he's not even given chances even after playing well… pic.twitter.com/RHMpiWzuTN

After a “difficult” first 12 months in England by his own admission, Minamino needed a smoother evening. There is sympathy – his reward for a fine display against Crystal Palace in December was to sit on the bench for the subsequent three Premier League games in which Liverpool struggled massively in attack. Yet Diogo Jota’s reputation has been boosted during his injury absence by the inability of others to step up.

Andre Gomes
Neither Gomes nor midfield partner Tom Davies excelled against Rotherham. Which is to say both were made to look ordinary at best by a diligent and well-drilled side battling Championship relegation. It’s not a good look.

Abdoulaye Doucoure put both to shame as soon as he entered the fray and changed the game. There are few more emphatic indictments of Everton’s previous scattergun approach to the transfer window than the fact Gomes cost £2m more than the Frenchman.

Davies at least started well and showed the briefest glimpses of his recent spate of starts being worth a prolonged first-team run. But Gomes let a match he should have dominated pass him by. There was no speed of feet or thought, no defensive instincts, no incisive passing. This was the Portuguese’s first start in a victory since September; the wait for his next might be similarly long.

Branislav Ivanovic
Sam Allardyce can pack up his gravy-stained beakers, extra large goggles and club-branded lab coat because the Semi Ajayi experiment backfired. The Nigerian may remain the only West Brom player to score from open play during his reign but his deployment as a defensive midfielder against Blackpool did not work.

First and foremost, it is probably an idea to play your best defender in defence. Not only was Ajayi awkward in a different position but West Brom’s backline looked laughably vulnerable without him. The Nigerian did not manage a single tackle, although he did lead the side for interceptions and headers won. Could probably have done that at centre-half.

The main problem was that those behind him were awful. It is not every day that a Premier League club substitutes both of its starting centre-halves against a League One side but that is the fate that befell Kyle Bartley and Branislav Ivanovic at Bloomfield Road.

The former at least had the excuse of returning from injury, his removal on the hour mark surely pre-planned. Ivanovic cannot use the same justification for marking the penalty spot as Jerry Yates scored the first goal, nor for running through quicksand covered in treacle as Gary Madine struck in the second half.  He was out of position, out of pace, out of strength and out of commitment both times.

The 36-year-old was never the answer but that has rarely been quite as painfully clear as when watching him breathlessly chase third-tier shadows. Can Robert Snodgrass play at centre-half?

30 years ago I saw Albion lose embarrassinglu to Woking at the Hawthorns. Today in another third round FA Cup game I saw Graham Roberts reincarnated in Branislav Ivanović!

Willian
Mikel Arteta’s entire managerial career quite literally hinges on who he starts against Crystal Palace on Thursday. If it’s Emile Smith Rowe then he will go on to become the greatest coaching mind of this or any other generation. But if Willian gets the nod then he should be immediately sacked as his Lego haircut is removed, shredded into tiny pieces and sent to Salt Bae for whatever weird meat-related activities he wishes to engage in.

Nicolas Pepe, as disappointing as some might find a £72m winger not scoring weekly hat-tricks in between creating 427 chances per game, at least showed desire and endeavour. He supported Cedric well tracking back and no player completed more dribbles (3). There is something for Arteta to work with and mould.

But Willian might genuinely already be a lost cause of sorts. His age, experience and pedigree demands the starts that his form and attitude absolutely does not. He should be a leader in this young side under a novice manager, not a monolith potentially preventing their progression. He must be able to at least walk into a more confident, vibrant side after being sidelined through illness without dragging them back down to a level below their capabilities. Willian is obviously a good player and actually one of very few whose Chelsea performances were not negatively impacted by managerial turmoil. But he is neither the player Arsenal need now nor one they will want at any point until his contract expires in two and a half years.

Kiko Casilla
“I respect the opinions of any person but, after that, opinions can be argued,” Marcelo Bielsa said after making Kiko Casilla the Leeds captain for a League Cup game in September. “The opinion of the masses should always be heard but I don’t know if you know what percentage of fans it is?”

It should have been – and perhaps was – the majority before. The shame is that it took one dreadful performance against Crawley for the tide to turn completely and irreversibly.

Some might suggest Casilla should not play at all until and unless he apologises for racially abusing Jonathan Leko in September 2019. His defence, that he was “unaware of the existence” of the term he was found guilty of using, was risible. Leeds’ conduct with regards to the situation, from owner Andrea Radrizzani to Bielsa and the player himself, has been incredibly disappointing.

And again, it is regrettable that a series of bad games likely does for his Elland Road career instead of actual serious matters that continue to go overlooked. But he was exceptionally awful for Crawley’s first two goals and decided to hold triangle or Y down, depending on your console preference, when Max Watters was put through on goal at 3-0. Leeds can and really absolutely should do better.