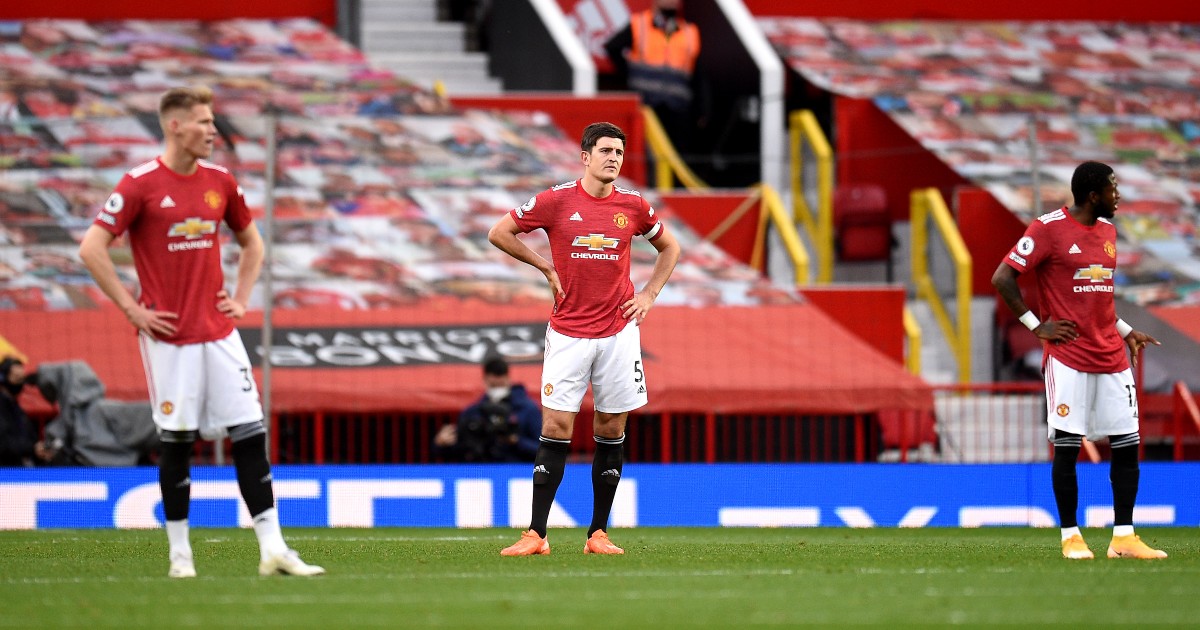 Manchester United want Mauricio Pochettino as their next permanent manager. That is not great news at all for a fair few players in that squad.

Aaron Wan-Bissaka
There is every chance that Mauricio Pochettino would take a week of training sessions to refine Aaron Wan-Bissaka’s attacking side, add further dimensions to his defensive game and coax out the sort of performances which would have Roy Keane happily scoffing humble pie, with Gareth Southgate hurriedly calling him up in his continued attempts to name an entire England tournament squad made up solely of right-backs.

More likely is that Pochettino strolls into Carrington, baulks at the 23-year-old’s limitations and allies his own thinking with that of the club by giving the green light to the arrival of Kieran Trippier. Energetic, dynamic full-backs will be the foundation and though Wan-Bissaka was a former transfer target of the Argentinean, it might be easier to just cut out the middle man and go with a tried, tested and trusted component.

Anthony Martial
With his 66 minutes against Villarreal in midweek, Anthony Martial overtook Brian Kidd and Edwin van der Sar in terms of all-time Manchester United appearances. To his credit, the Frenchman has scored more goals for the club than both European Cup winners combined, although one was a perennial foil for the Holy Trinity and the other a goalkeeper. And Martial marked the occasion as he had most of his previous 266 United games: by ambling around with an air of nonchalance, managing neither a shot nor a key pass in just over an hour.

As is the case with much of this squad, Pochettino has been reportedly interested in a past life. Tottenham were linked with Monaco teenager Martial in 2015, then United outcast Martial three years later. But there is enough attacking talent in the squad to push him far down the pecking order, well below those who might offer a little more work-rate and thrust.

Nemanja Matic
“I have my own ideas about how we want to play, how we want to go about it and I’m looking forward to seeing that on the pitch,” Michael Carrick said before using largely the same preferred formation with the dreaded McFred midfield in Spain. But the point remains that few other options exist in this Manchester United squad. Outside of throwing on a shirt himself, Carrick had the choice between that pair and Nemanja Matic, with Paul Pogba otherwise indisposed and Donny van de Beek deployed further upfield. And while Matic brings experience to the equation, he offers little else at 33.

The Serb’s last two Premier League starts have resulted in four-goal capitulations against Leicester and Watford, both epitomised by a midfield that failed to either protect or create. The physicality and spark required in a revitalised engine room would be beyond his current capacity – and Pochettino probably still understandably resents Matic for that goal in the 2017 FA Cup semi-final.

Eric Bailly
Though he never played a competitive game under the manager, Bailly credits Pochettino with aiding his development at Espanyol by promoting him into the first team for a 2012 pre-season tournament. “He likes hard-working young people and he helps them through, he assists them and helps them progress,” he said four years ago. “Of course I will always be ­grateful.”

That Bailly has not even reached 200 career appearances at club level since that point sums up his plight. The 27-year-old has been disrupted by injuries and increased competition for places, a relic of the Jose Mourinho era that wasted the few chances he was given by Ole Gunnar Solskjaer. One of the more vocal players when it came to leaking his frustrations with the Norwegian, Bailly might assume that new management would afford him a fresh start. But with Raphael Varane assured of a spot in defence, Pochettino’s penchant for a more balanced centre-half pairing with a left-footer on the other side will likely be the Ivorian’s undoing eventually, if not instantly. At least he didn’t sign a three-year contract in April.

Fred
Moussa Sissoko started a Champions League final, a 32-year-old Ander Herrera remains crucial to his Paris Saint-Germain team and Nabil Bentaleb played 35 games for Tottenham a few seasons ago; Pochettino does not discriminate against committed midfielders with obvious deficiencies. Fred would have a future in his Manchester United side, but not as a regular guaranteed starter. That only two players – Marcus Rashford (135) and Victor Lindelof (129) – made more appearances during Solskjaer’s reign is a damning indictment of the departed coach.

There is a place for Scott McTominay as either an Eric Dier-lite midfielder who can drop back into defence with the ball, or a tireless box-to-box workman. And the likelihood is that any new manager identifies and addresses the need for quality reinforcements in the position as soon as possible, pushing McFred out of the picture altogether and towards the bench. But the latter half of that partnership feels far less suited to what Pochettino has favoured before in both the short and long term.